Based on the title, you were probably expecting a warm, golden afternoon sunset from Disneyland Paris, weren't you?  Well, sorry to disappoint, but today's post comes from a park I haven't posted about in a while, Walt Disney Studios, which is part of the Disneyland Paris Resort, but doesn't feature a sunset scene today.  Instead, we're playing with words to evoke Sunset Blvd and the notion of romantic Hollywood, the place of movie stars and glamor and glitz.  This is captured in Paris' Disney movie park in its Frontlot entrance area, which is effectively a large sound stage with various facades serving as the park's Main Street, leading into the Production Courtyard and the park's other lands.  The Frontlot here isn't that extensive, but it has the usual store hits with souvenirs, a dining spot, guest services, and restrooms.  Bathed in neon and colors, it's indoor nature gives it the same ambiance day or night, and it makes for a fitting boulevard to pass through on the way to more film-inspired experiences. 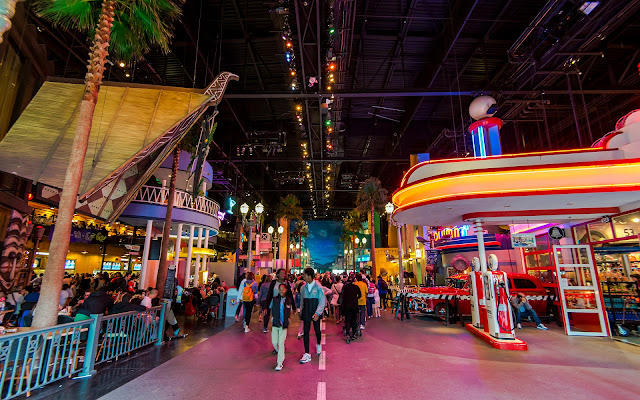 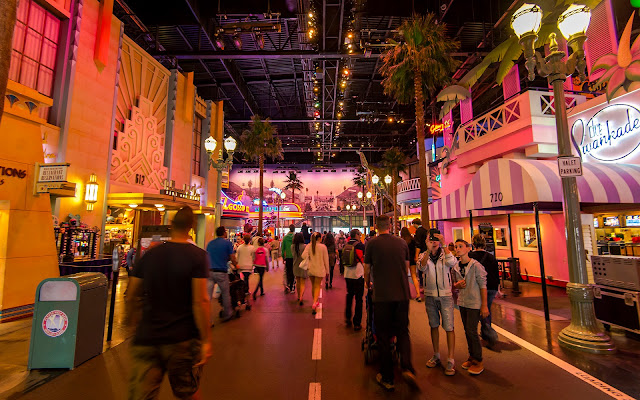 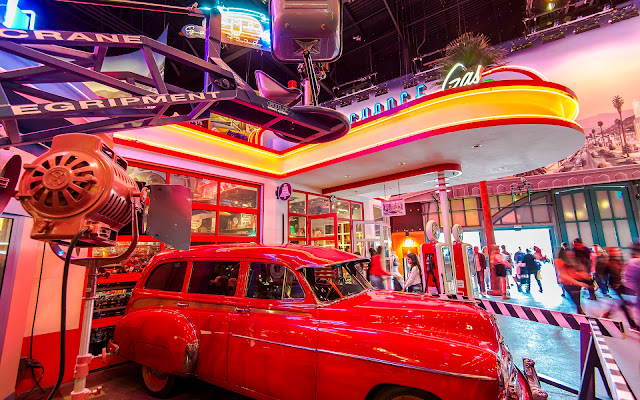