The cool and somewhat eerie glow of Big Grizzly Mountain at Hong Kong Disneyland presents a contrast to nighttime in the traditional Frontierlands of most of the other Magic Kingdom parks.  Though they all evoke an American Old West motif, Big Grizzly Mountain lacks the warmth of the red spires that most Disney fans would associate with, say, Big Thunder Mountain Railroad.

That's okay, though.  Hong Kong Disneyland is increasingly becoming a more unique Magic Kingdom.  After starting off as a near mirror of the original Disneyland--with Main Street, Tomorrowland, Fantasyland, and Adventureland as opening day themed areas, the park expanded with three themed lands in succession: Toy Story Land, Mystic Pointe, and Grizzly Gulch.  Currently, Hong Kong Disneyland is completing its transformation of Sleeping Beauty Castle into the eclectic and multi-styled Castle of Magical Dreams.  A new Marvel-themed E-Ticket is coming to Tomorrowland, and the park will open a Frozen-themed Arondale section within the next few years too.

So in just over a decade, Hong Kong Disneyland will have undergone some unique transformations, making it an innovative Magic Kingdom.  And that's a metamorphosis that's well represented in the familiar-but-different peak of Grizzly Gulch! 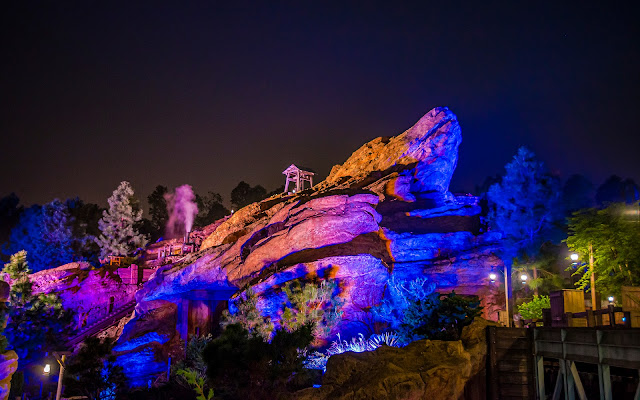