A Jungle on the River

When FANTASMIC was given a makeover a few years ago, the show writers mixed in some new with some of the traditional, replacing some scenes and breathing new twists to others.  One of them was the catchy Jungle Book segment featuring dancing monkeys and King Louie.  The monkeys feature a super neon aesthetic and take on some of the rhythms and moves of Tokyo Disneyland's late version.  But King Louie still clowns around on his thrown, jumping and swaying and enjoying his life as the head of the apes.  It's a colorful and dynamic scene that's a twist on the old favorite of a beloved, classic show! 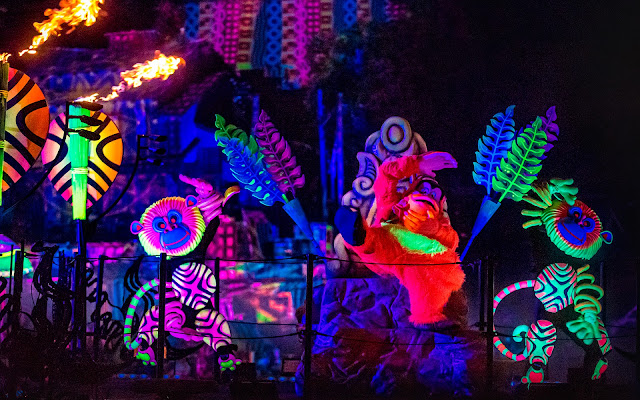 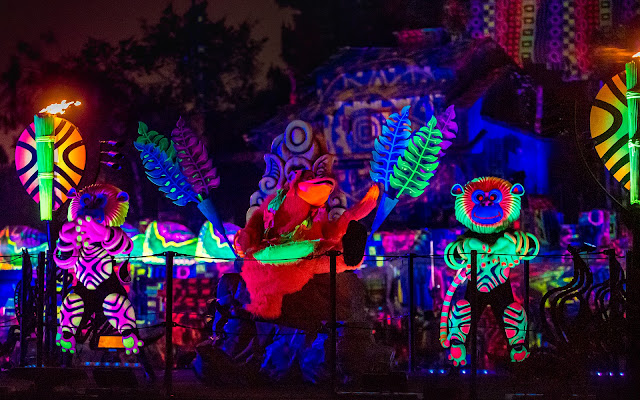 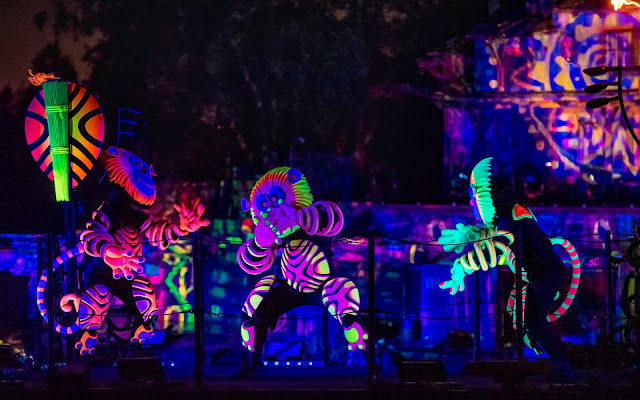