I know, I know, I'm very late to the game, but recently, over the past month or two, I've been watching the Star Wars Clone Wars animated series on Disney+.  It's a fantastic link between the much less critically acclaimed second and third prequel movies, with plenty of adventures and intriguing plot and character development and a cast of entertaining figures.  And among them is the space pirate, Hondo Ohnaka.  This villian/anti-hero is a recurring character in the series--something I didn't realize the first time I rode Millennium Falcon: Smuggler's Run--and he is an absolute delight to observe and listen to.  His witty banter, carefree demeanor, and casual obsession with profit makes him one of the more complex characters in the Star Wars universe, and his past interactions with familiar characters only makes his presence in the Galaxy's Edge ride even more wonderful.

So I figured it wouldn't be a bad idea to toss up some Hondo Ohnaka photos from the Smuggler's Run queue.  Here, we learn our mission and are entrusted to obtain precious coaxium for the smuggler.  And the charming way in which he plots this perilous mission practically makes all the threats and danger worth it! 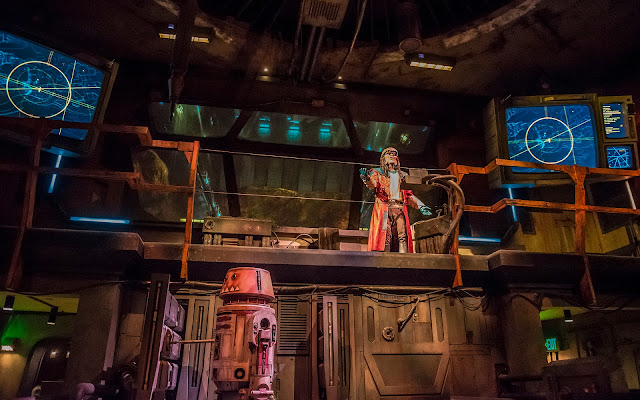 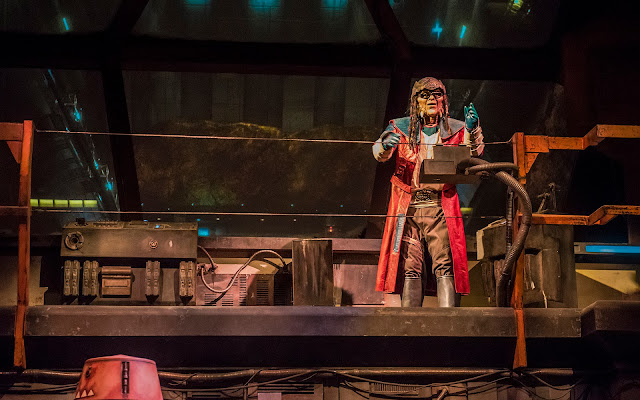 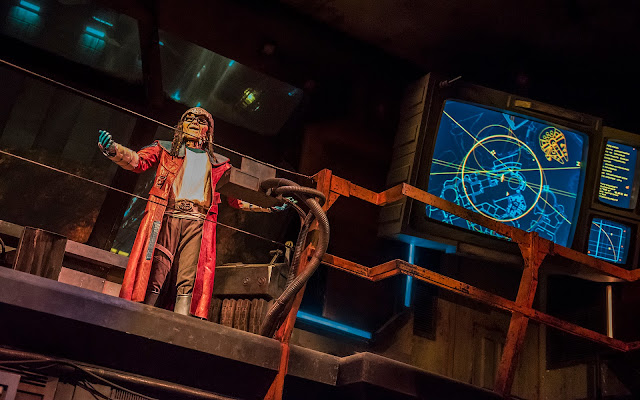 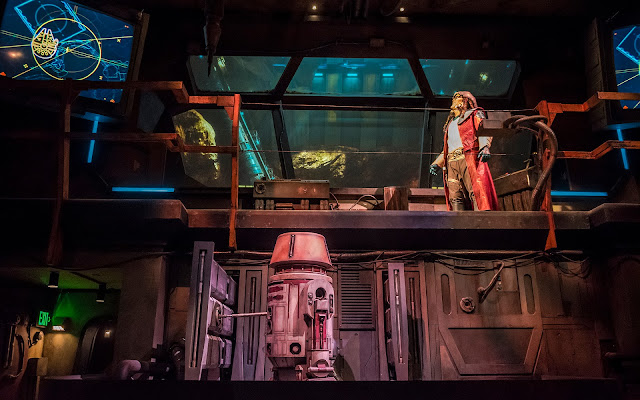 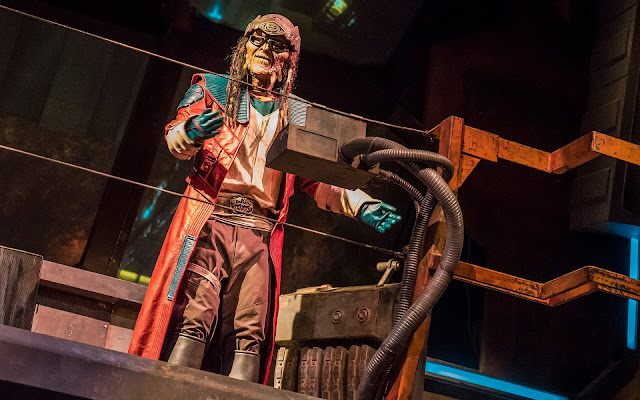 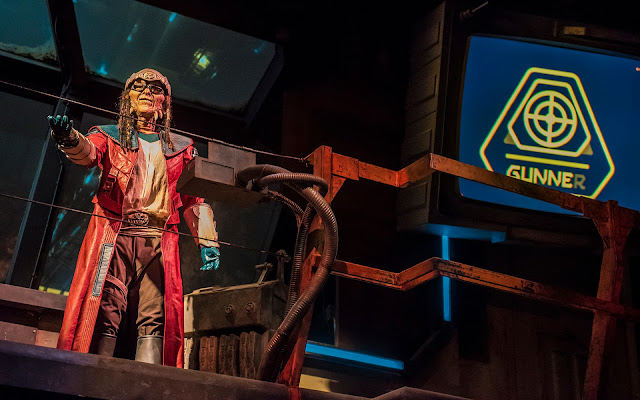