Disneyland Paris has my favorite versions of several classic Magic Kingdom attractions--Big Thunder Mountain Railroad, Phantom Manor, and one not frequently included in the aforementioned company: Pirates of the Caribbean.  Now, I know it's sacrilege to vote any Pirates attraction over Walt Disney's original (Shanghai's version is a new breed of Pirates rides), but the Parisian pirates flows in chronological order, has all of the ride scenes plus a couple bonus, and features some pretty fantastic audio-animatronic upgrades that are missing in Disneyland's.

For example, as guest sail by the skeletal sailor struggling against a wicked storm, they encounter Captain Barbosa, who is rendered in both his human and undead forms.  The effect is chilling and devious, as the fan-favorite villain visually leaps out of the scene under the ultraviolet lighting.  I'm just glad I managed to capture a few not-too-terrible shots of him! 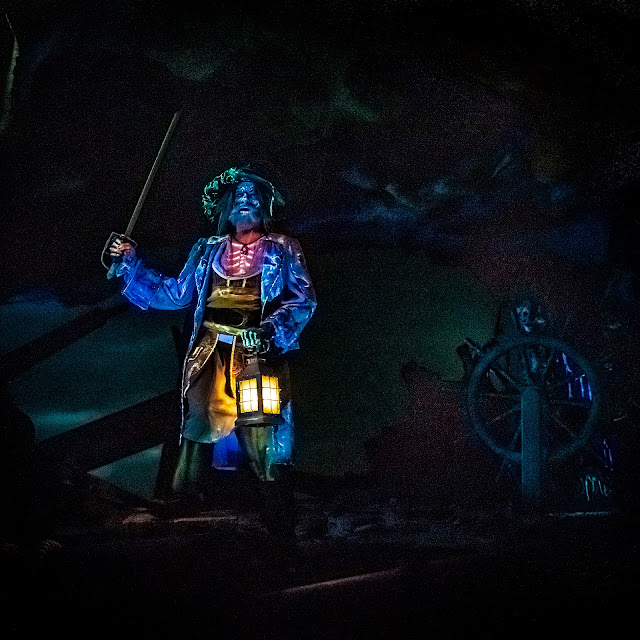 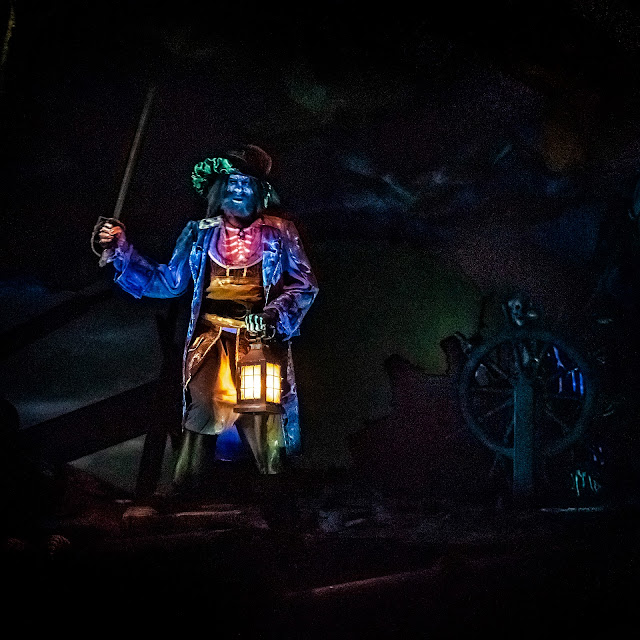 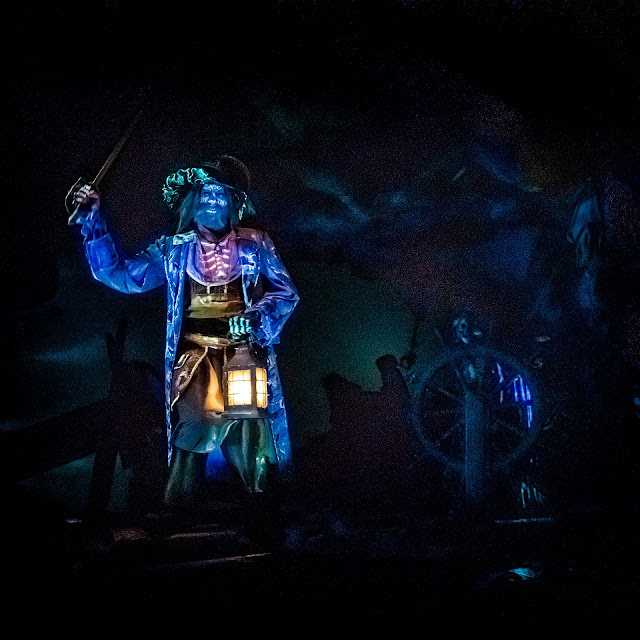