At Disneyland Paris, there are two arcades on either side of Main Street, U.S.A. that serve as crowd relief bypasses during especially busy days or during parade times.  However, rather than be simple emergency relief routes, these are actually elaborately themed indoor promenades that lead into backside entrances for the shops and restaurants of Main Street.

Today, we take a look at some scenes from the Liberty Arcade, which features a World's Fair feel and is reminiscent of turn of the century America.  I love the concept of this thoroughfare and wish Disneyland Park could have something like this.  Of course, this was more of a lesson learned from previous park designed, something the Imagineers developed as a result of dealing with crowd control in older Magic Kingdoms.  And it's absolutely beautiful.  Take a look at these photos, and you'll see yet another reason why Disneyland Paris is my favorite Magic Kingdom! 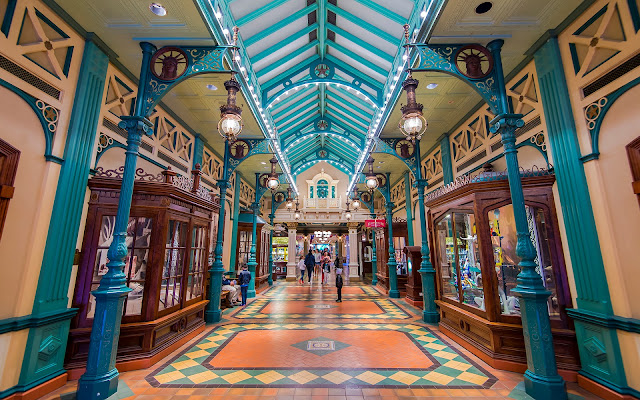 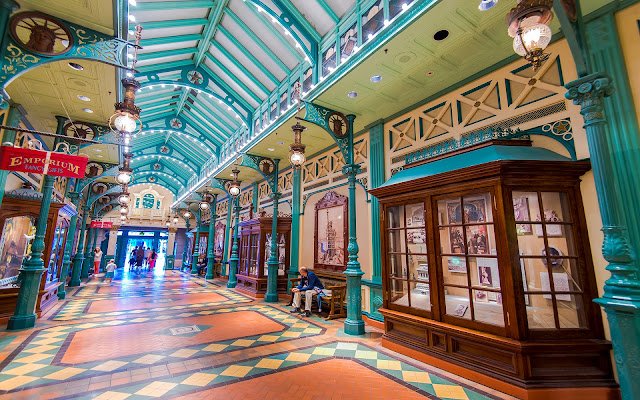 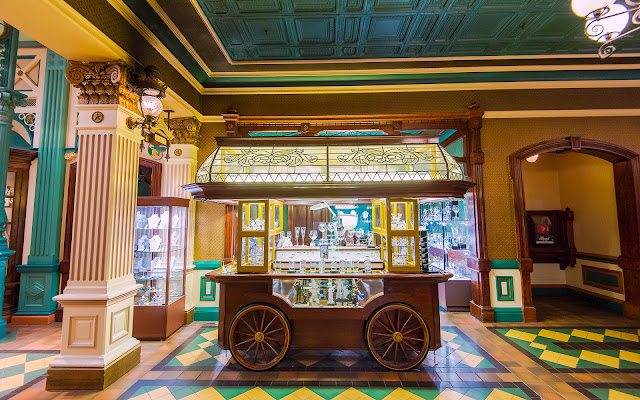 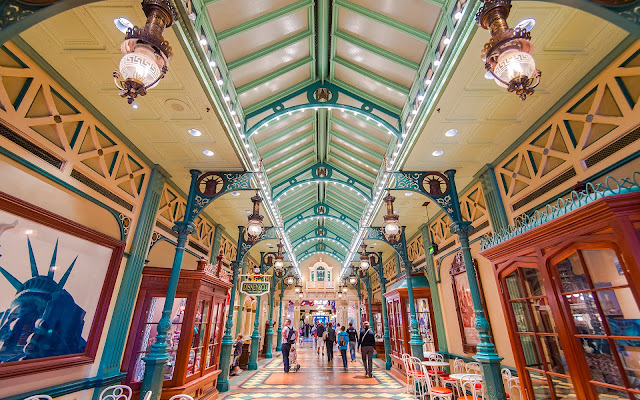