Waiting for the Storm Ride

Stormrider is a highly immersive 3D motion simulator ride at Tokyo Disney Sea.  Well, was.  It closed earlier last month to make way for a changeover to a Finding Nemo/Dory adventure that will open next spring.  But fortunately, I had a chance to ride the original version last year when I visited the Tokyo Disney Resort.  The actual ride itself is video based, so there's not really much in the way of photos, but I though the queue was pretty elaborately themed.  For just being a virtual reality attraction, there really is a lot of detail.

Guests in line are introduced to the storyline behind the attraction in the form of a mission briefing.  A captain stands on the gangway overhead and notes the imminent arrival of a massive hurricane.  This is the chance to test a new technology that has recently been under experiment--a fuse that will dissipate the storm and save the coast from its devastation.  The queuing area itself is made to resemble a large, futuristic hanger, before riders are sent off to the flight vehicles for the attraction.

And as it turned out, the ride itself featured some practical effects in addition to the motion and video immersion.  It was a surprisingly fun ride!  Too bad I only got to ride it once, but we'll see how its replacement turns out. 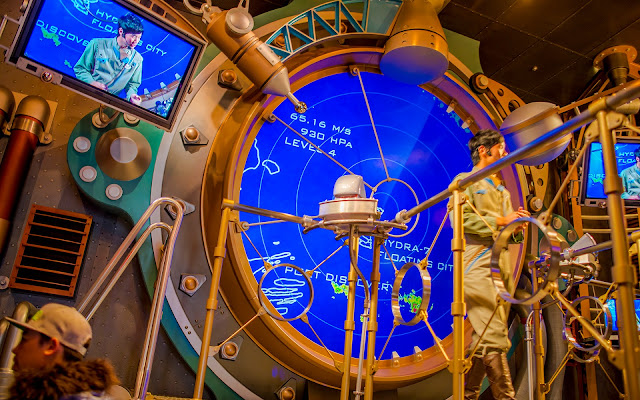 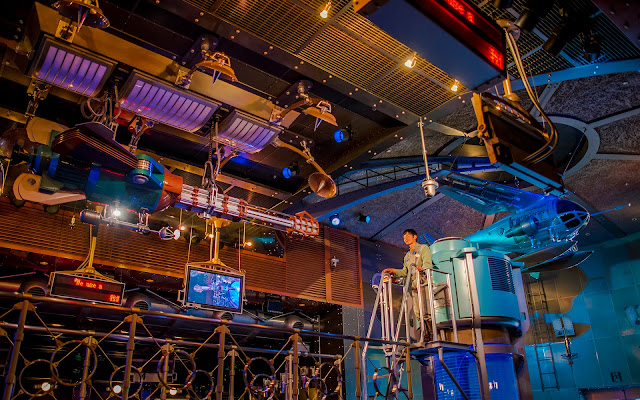 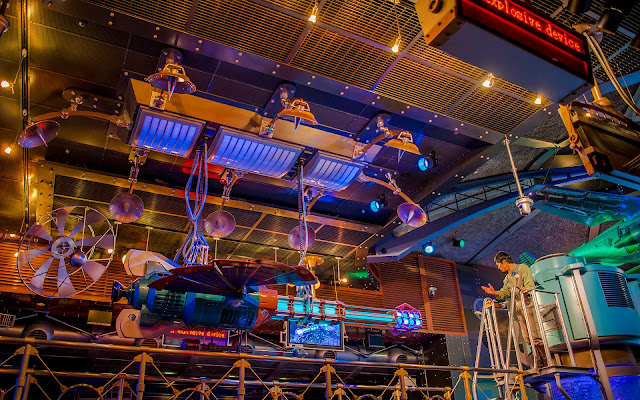