When the Fat Lady Sings

The scene near the end of the Haunted Mansion graveyard sequence, where various knightly spirits sing the familiar refrains of "Grim Grinning Ghost," is one that I've wanted to photograph forever but have never had success due to the very low light, low contrast, and motion of the Omnimover as it rolls through this scene.  But last Sunday, I lucked out when the Haunted Mansion momentarily had "playful spooks" interrupting the ride, giving me some time to shoot off some exposures while holding as still as I could.  The result is some frames I've never gotten before, and for a Disney park photographer with a catalog of literally tens of thousands (or more) Disneyland park photos, new photo accomplishments are a rare and exciting feat! 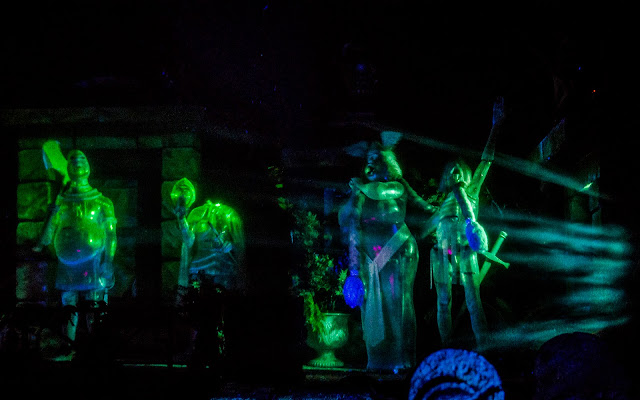 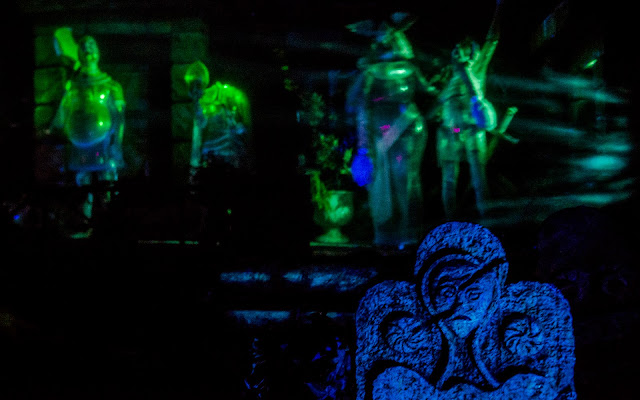 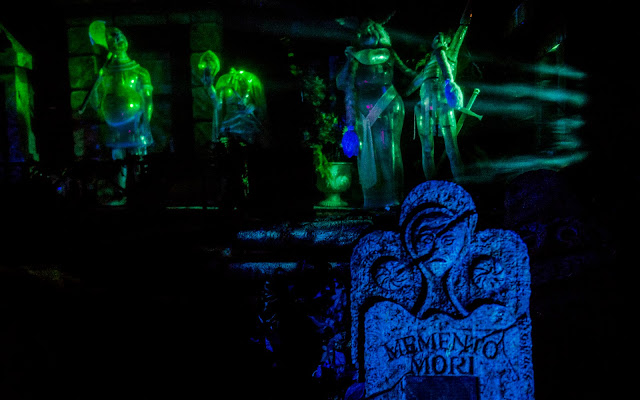