Since FANTASMIC! has returned, I've noticed that Murphy (the dragon in the show--really Maleficent) has looked a little different.  Appearance-wise, (s)he is generally the same, but the beast looks a little shinier... spiffier... and just newer.  Murphy also has a few more actions in the show now.  Not only does (s)he light the Rivers of America on fire, Murphy also lets out a flaming final death cry before succumbing to Mickey Mouse's powers.  Yes, Murphy still loses.  I suppose some things must stay the same. 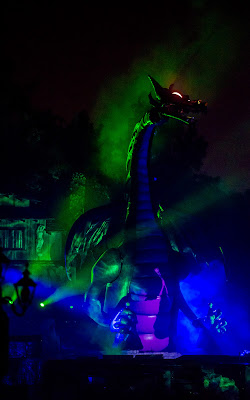 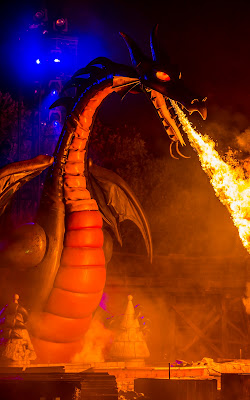 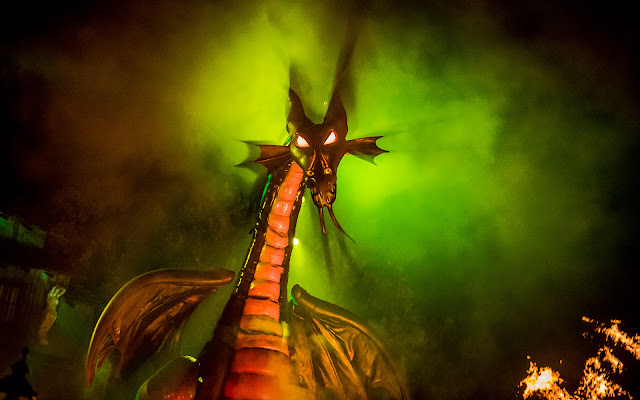