A month-plus ago, Bing Bong's Sweet Stuff finally unveiled its centerpiece display, a life size figure of the cotton candy pink elephant-cat-dolphin figure from Inside Out.  It was quite a delay from when the store itself opened over the summer, and though the display itself doesn't seem to have any complicated moving parts or particularly complex engineering that might explain for the time lapse, it does look pretty great for a static figure.  Crying tears of candy in front of a rainbow band sweeping up and over the store ceiling, this Bing Bong presides over a mound of sweets, adding colorful speech blurbs every so often to give a slight dynamic touch to the scene.  I'll be greedy and wish that this had been an animatronic, but at the end of the day, it's a retail shop, and what Disney has provided is still a great looking feature. 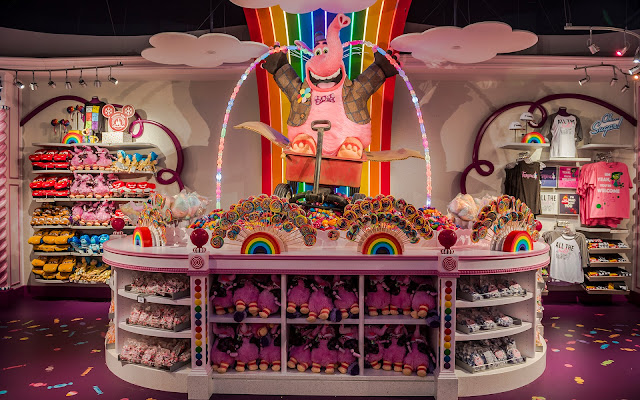 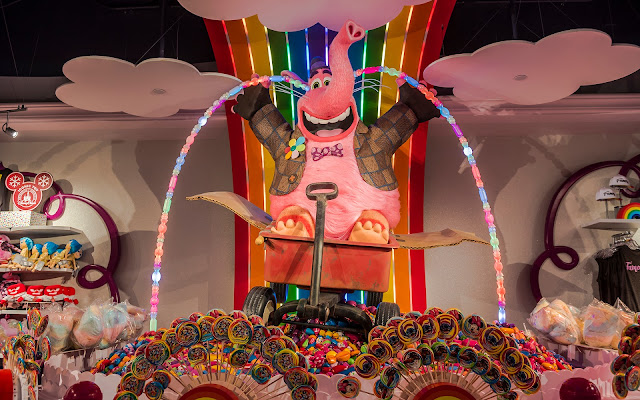 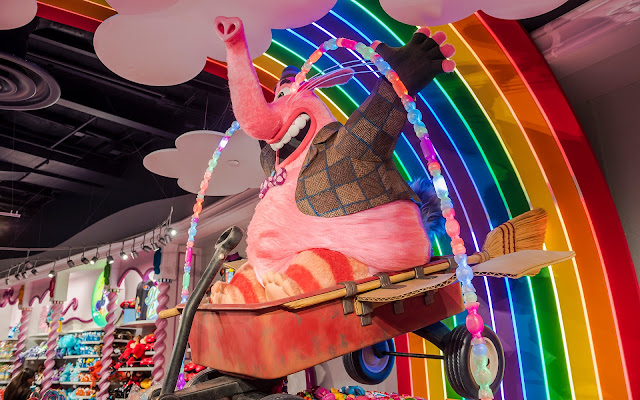 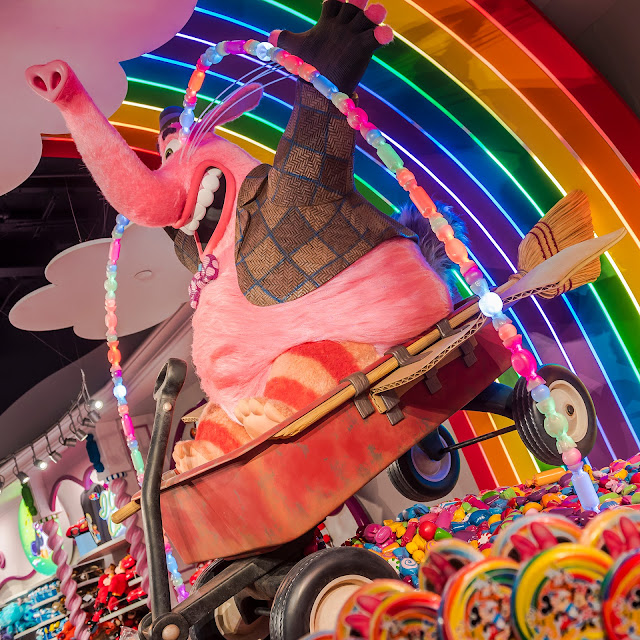 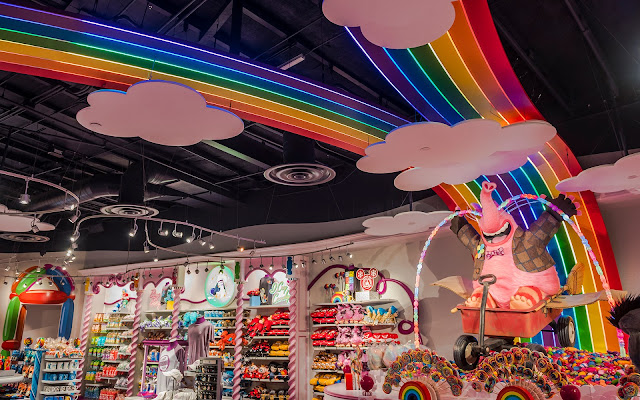