X-Wing at the Ready II

Once upon a time, living out the world of Star Wars in theme park form was a dream, or something crafted in a simulator video game.  And then Disney went and built a whole land devoted to the franchise, telling a new chapter in a new setting, but full of familiar characters.  That includes the non-organic ones.  There are a host of spacecraft and vehicles throughout Batuu, but other than the spectacular Millennium Falcon parked in front of Hondo Ohnaka's place, the most recognizable one is the X-Wing, a mainstay of the Rebellion and the Resistance.  This sleek, agile space fighter is every kid pilot's sci-fi dream, and though guests can't quite climb into the cockpit of one in Star Wars: Galaxy's Edge, they can at least admire it in all its life-size glory! 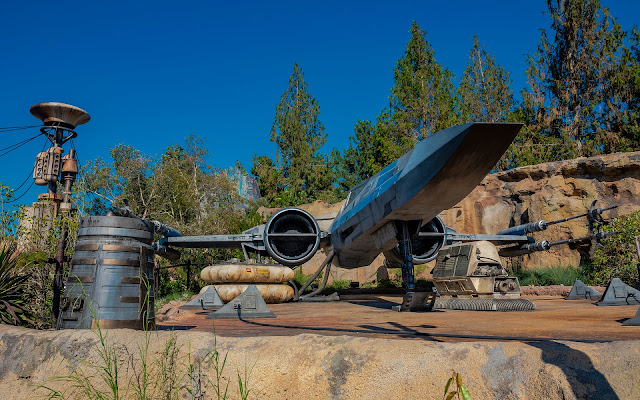 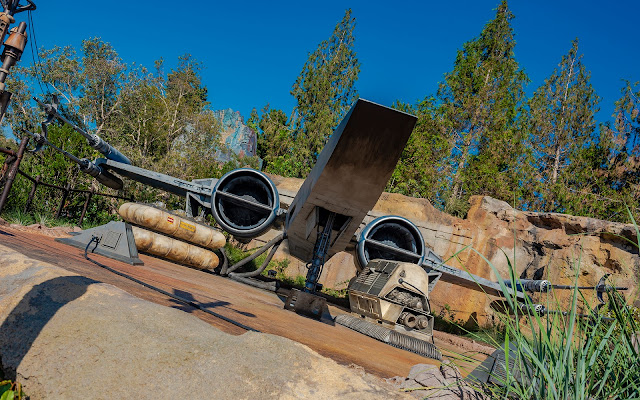 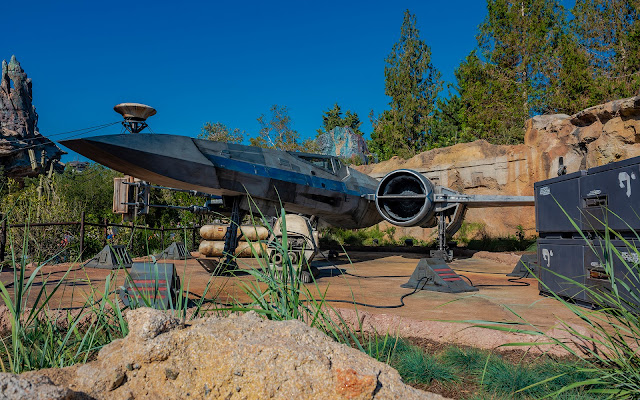