A couple of weeks ago, I was at Disneyland when there was some drama in the skies upon sunset--which is a rarity, because this had already happened a week prior!  In this case, the color in the skies was specifically in one direction, and I decided to see how I might be able to capture this from Star Wars: Galaxy's Edge, where the scene might appear more otherworldly.  The resulting images below are definitely a little more processed than I usually do, but they were fun scenes to play around with--especially when I was able to capture magentas at the Tabebuia tree in Batuu as well as those in the sky! 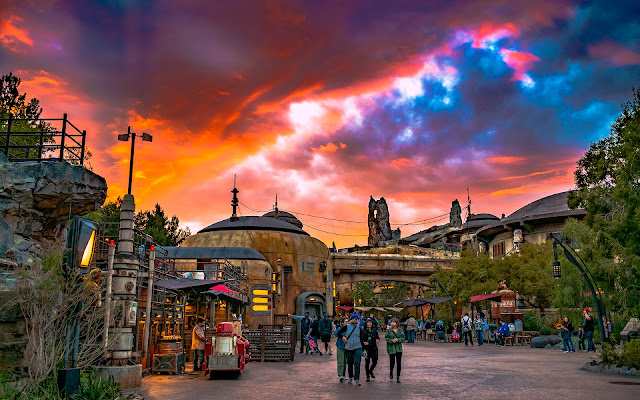 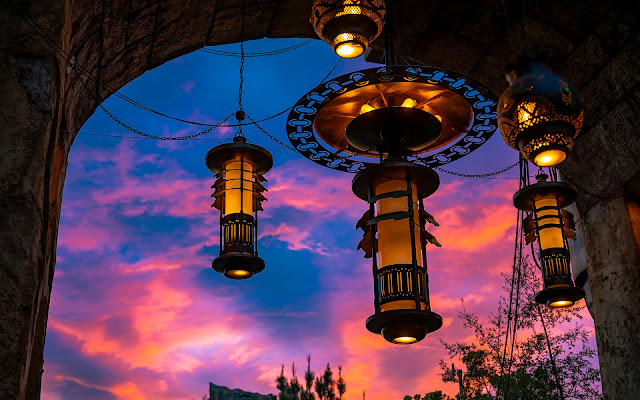 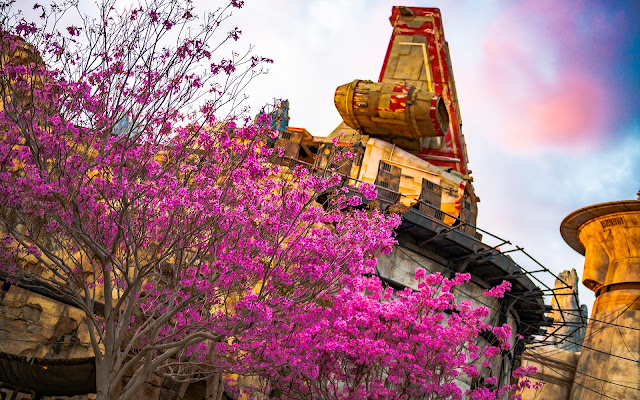