Glow with the Show

The past few nights, Disney California Adventure has been holding special Annual Passholder events for their World of Color show. Touted as "Glow with the Show," these screenings have featured new light-up Mickey ear hats that interact with the World of Color show.  As part of the benefit of being an Annual Passholder, those who signed up received these souvenir items for free.

The resulting shows have been pretty spectacular.  Receivers inside the hats take in transmissions during the show that provide colorful patterns and light-up's that correspond with key moments in the show.  The synchronization is very much what we've come to expect from Disney shows, and this innovation has resulted in a new type of interaction during shows, where the audience is literally part of the show!

Now, granted, the effect is much more impressive when everyone wears their hats.  During these Annual Passholder events, because the hats were distributed for free, pretty much everyone was.  During normal showings, though, this hasn't quite caught on yet.  And with a regular price tag of about $25 a pop, regular guests may be a little hesitant to cash in on this new trend Disney is trying to start.

Perhaps word of mouth will help future shows become as spectacular from a crowd perspective as the Annual Passholder shows have been.  And "seeding" Annual Passholders with these hats will at least ensure that future shows will have more hats than before, because the AP's will likely bring their light-up Mickey ear hats with them.  Over time, peer pressure may encourage others to buy their own hats.  At least that's my guess at Disney's ulterior motives, which are certainly not foolish.

In any case, here are a few of the numerous show photos I've taken over the past couple of nights.  The energy that has rippled through the crowd has been pretty fun to be a part of.  It will be interesting to see what other events Disney incorporates these ears into, or whether this will just go down as a marketing miss in the long run. 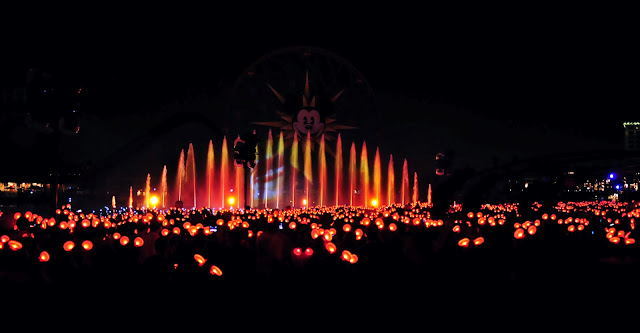 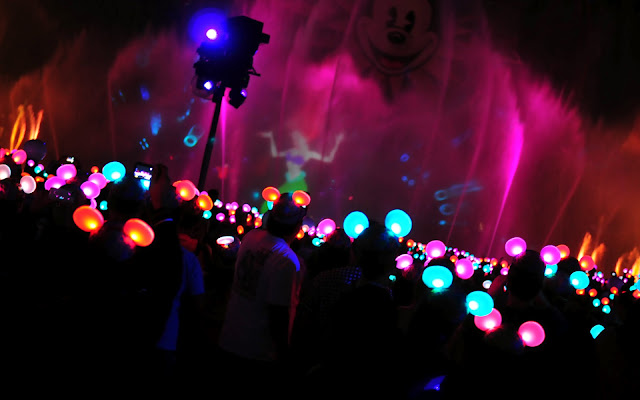 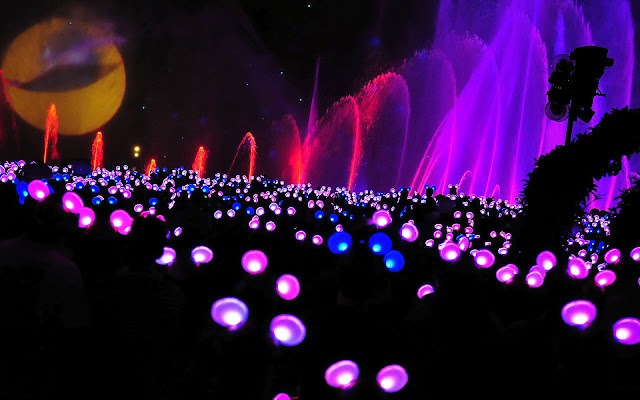 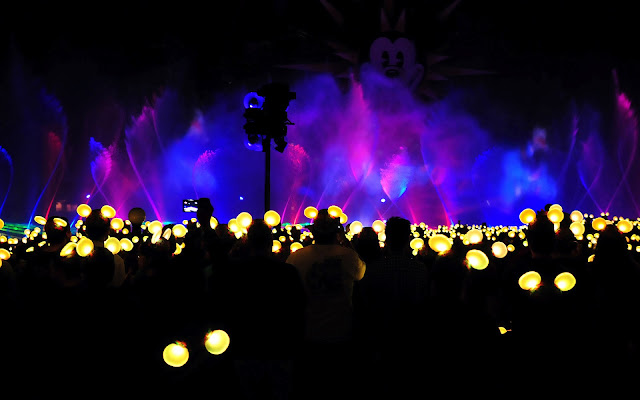 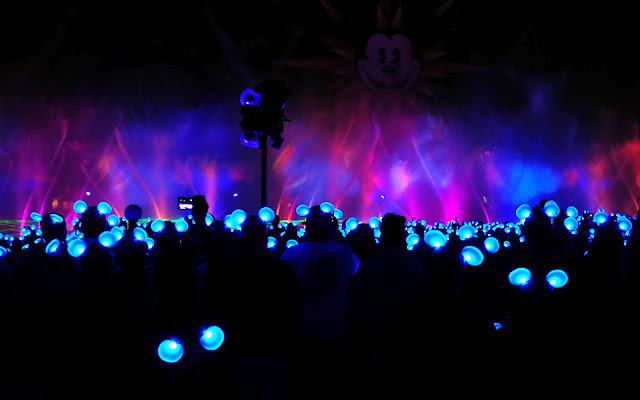 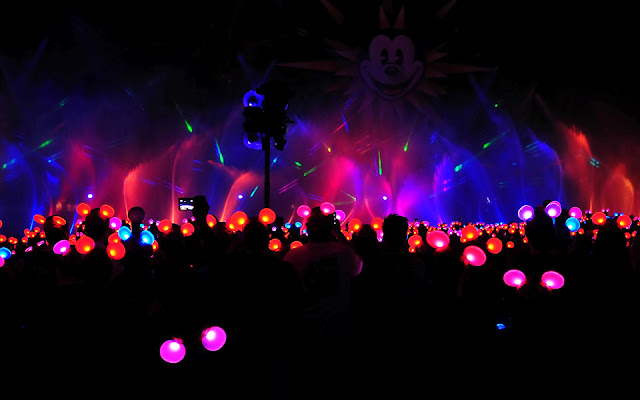 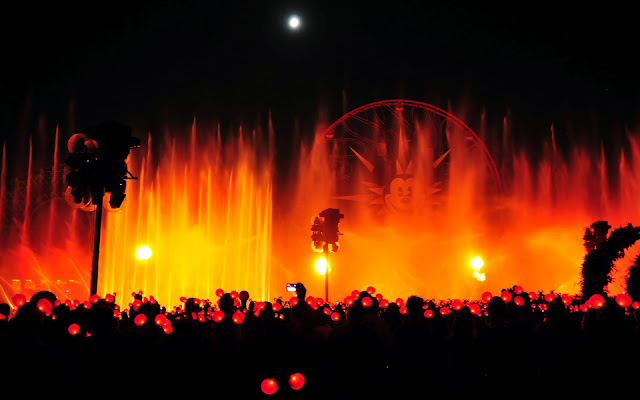 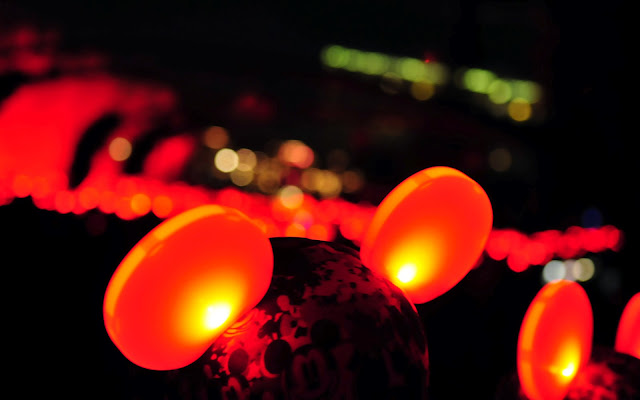 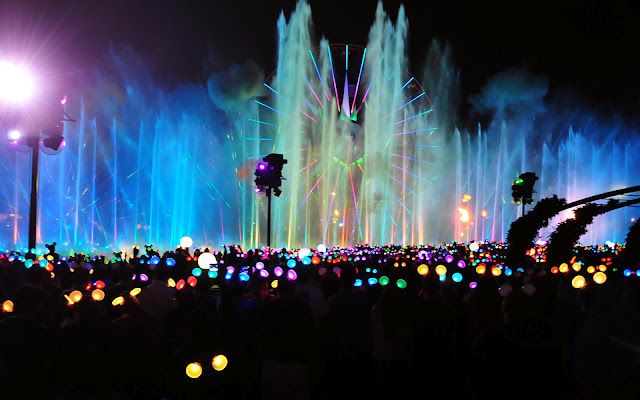 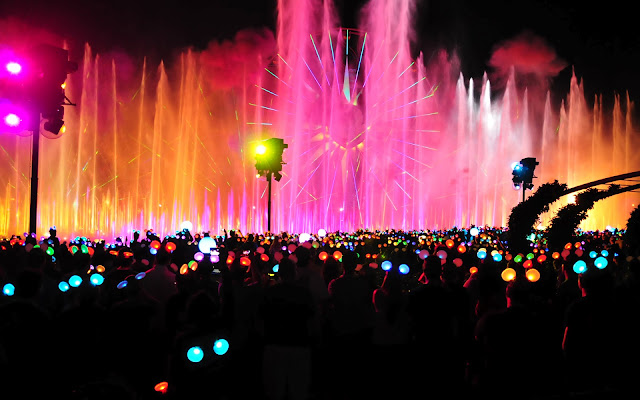 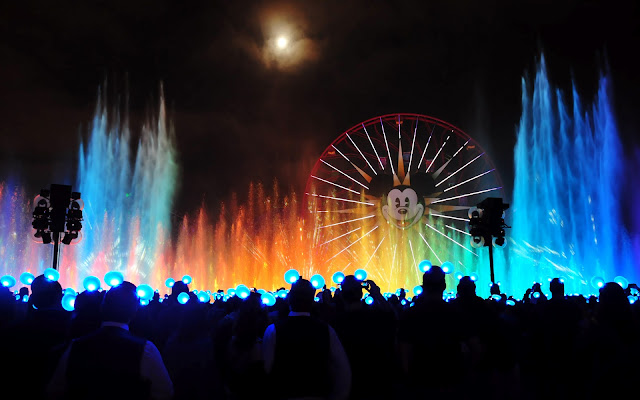 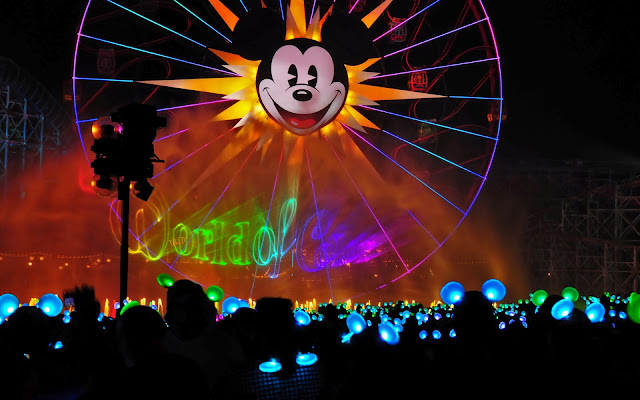