Inside Out: Emotional Whirlwind

Last month, a full year after Pixar Pier officially opened, Disney California Adventure's former Paradise Pier formally completed its transformation with the debut of Inside Out: Emotional Whirlwind.  Located within the turnaround of the Incredicoaster, where the old Maliboomer used to reside, this spinning balloon ride is repurposed from Flik's Flyers in A Bug's Land, but rethemed to another Pixar movie, Inside Out.  The final touch of Pixar Pier, it completes the fourth neighborhood themed to the same movie.

The ride is exactly what it was before, just with new theming.  And everything is certainly colorful.  For a low budget, simple retheme, the Imagineers did a satisfactory job with showcasing characters and adding a sense of whimsy to the ambiance.  But it's also just a relatively simple amusement park ride, moved over to increase capacity for a refurbished land.

I'll have to get back here at night, though, because it does seem to glow brilliantly after dark! 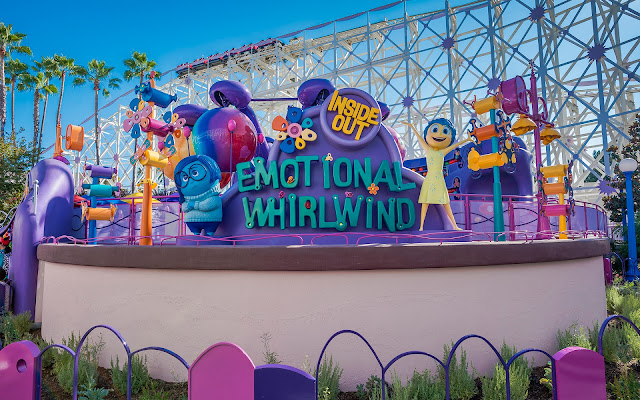 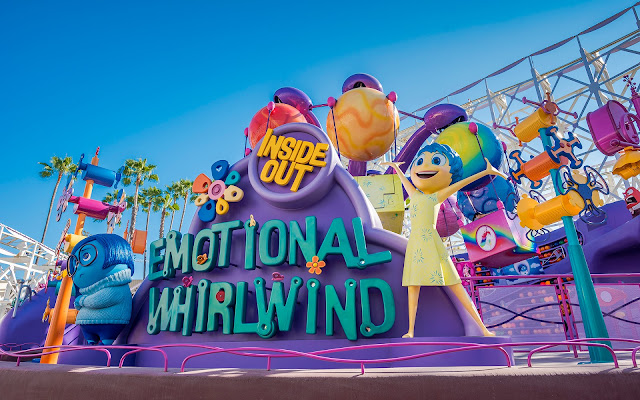 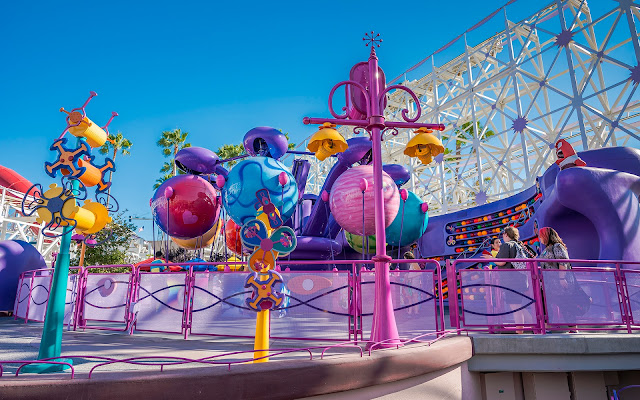 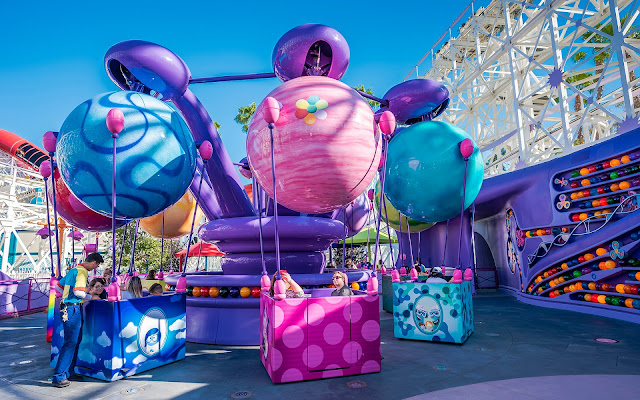 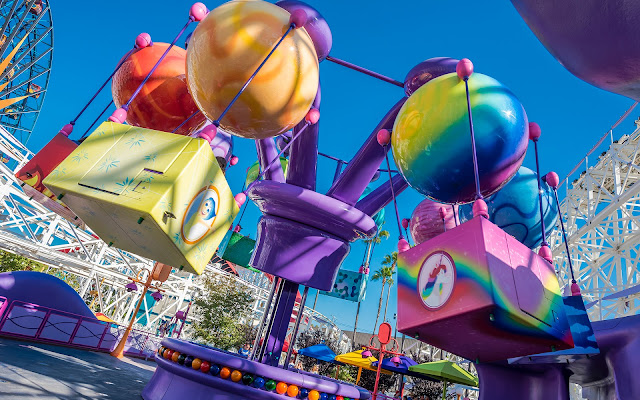 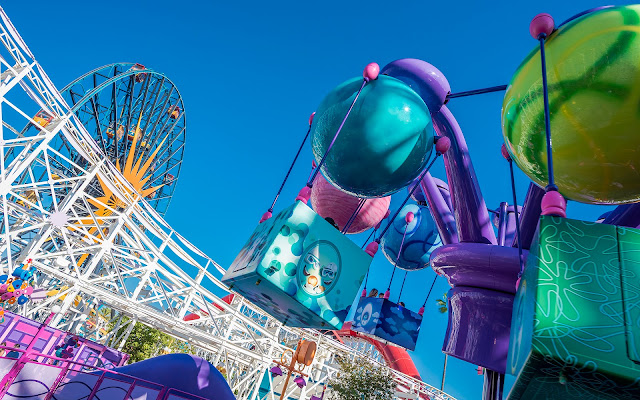