Star Wars: Galaxy's Edge is meant to be the most immersive Disney themed land ever built, and that filters down onto storyline and interactions. Though the land isn't complete yet (Rise of the Resistance opens on January 17th), there have already been seeds planted to usher a more interactive aspect to the area.

Galaxy's Edge is set between Episode 8 and Episode 9, and it sets guests in the middle of the struggle between the Resistance and the First Order.  This means guests can take allegiances, and if they want to follow the Resistance, the agent they're looking for is Vi Moradi.  A spy working under General Organa, Vi can be spotted in the streets of Black Spire Outpost and sometimes near the Resistance wilderness.  She'll also get into alterations with the First Order via unscheduled mini-shows.  But mostly, she interacts with guests, gathering infuriating on people's loyalties.

She hasn't quite begun opening recruiting people to the Resistance yet, but that will come.  For now, find her lurking around Batuu. 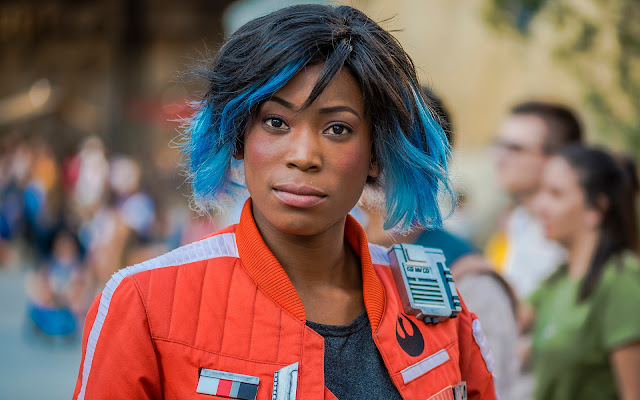 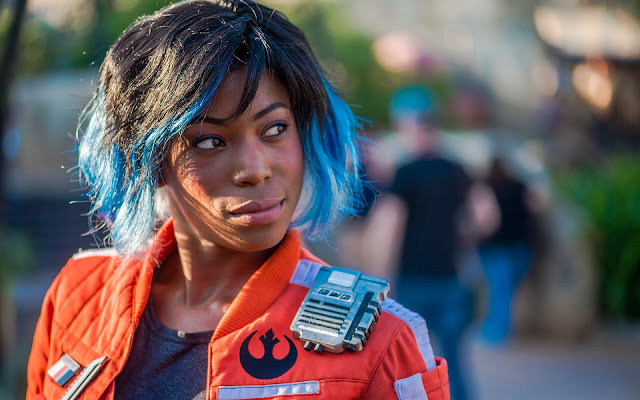