Scenes from a Toy Story Land

Somehow, in just ten short years, Toy Story as a themed land has proliferated from its first iteration in Paris' Walt Disney Studios to now be a part of most Magic Kingdom parks!  Hong Kong Disneyland has a near clone of Paris' version, while Shanghai Disneyland has a similar version of Toy Story Land as well.  Only Walt Disney World's Hollywood Studios Park has a more unique version and occupies the largest land.

I haven't been to the latter two, so these photos are from the Hong Kong Disneyland version of Toy Story Land.  A cartoon ambiance that shrinks guests to the size of toys (not unlike the concept of Flik's Fun Fair in Disney California Adventure's now-defunct A Bug's Land), it features large play sets and some classic toys transformed into theme park attractions, all centered around the Toy Story franchise.

In my opinion, Disney has definitely done a lot of better executed themed land expansions.  These cloned versions of Toy Story Land are cute, but they're ultimately inexpensive quick fixes for capacity.  It's probably why I don't really have a lot of photos from either the French version or its Hong Kong clone.  But here are a few to give a bit of the lay of this oversized miniature land! 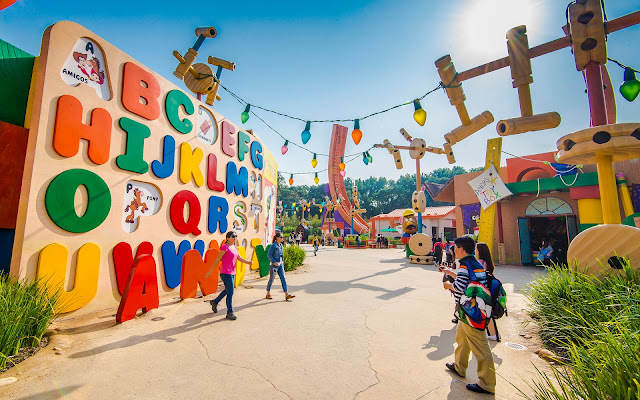 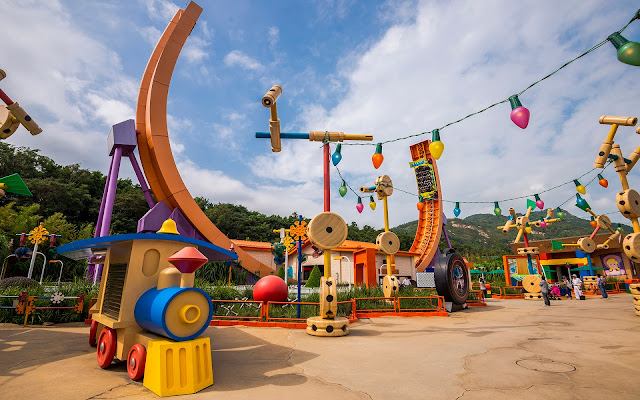 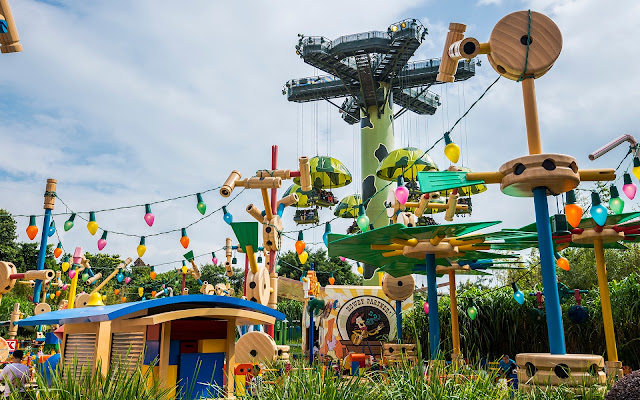 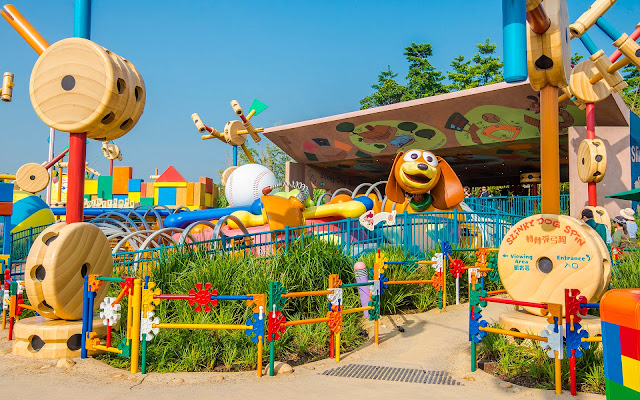