In every Disney Magic Kingdom, the carousel is located directly behind the park's majestic castle, in line with Main Street, U.S.A., rotating like a spoke behind the spoke that is The Hub.  In Shanghai Disneyland, however, the intention is to craft a new generation of Disney Magic Kingdoms, so here, the carousel has been relocated out front into the sprawling parkland of the Gardens of Imagination, bringing out to the forefront of guests.  This places the Fantasia Carousel in a point of prominence, and fortunately, the ornate structure is more than up to the tasks.  Dripping with opulence and style, it's like a jewel box just to the side of the center of the park, and it's a nice attraction to photograph as well! 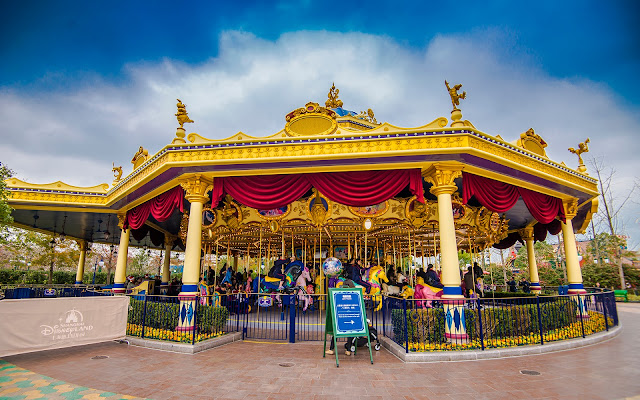