The Many Angles of Hotel Hightower

There are four Tower of Terror ride buildings around the world--three of which use the same structural footprint and design.  Of those three, one is not longer even a Tower of Terror (Disney California Adventure), one remains a copy of the original (Walt Disney Studios), and the other is just a breathtaking exhibit of what can be done when sufficient resources are invested (Tokyo Disney Sea).

Hotel Hightower has the same basic massing and shape as its California and Paris counterparts, but that's where the similarities end.  The Gothic and Moorish Revival look give it an elegance and might that is very unique, which helps go along with its original storyline of global plundrer Harrison Hightower and his collection of stolen artifacts (in stark contrast to Lord Henry Mystic at Hong Kong Disneyland, who purchased his treasures from their native lands fairly).  Hightower's thieving ways finally catch up to him when he acquires the idol Shiriki Utundu, who causes his untimely demise into another dimension, but you wouldn't suspect any of that from the hotel exterior, which remains pristine.  Of course, the dilapidated interior is another story altogether, but hey, on the outside, this thing is a beauty no matter where you look at it! 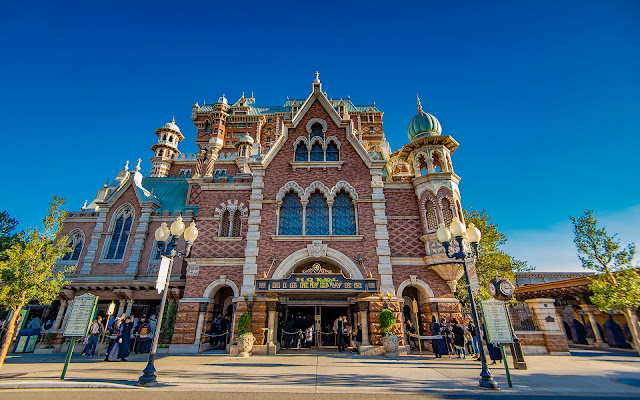 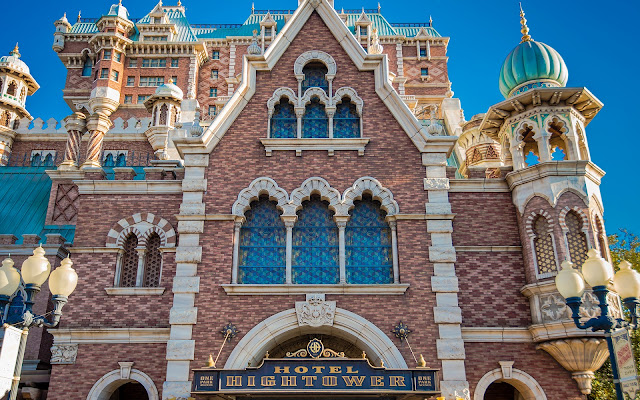 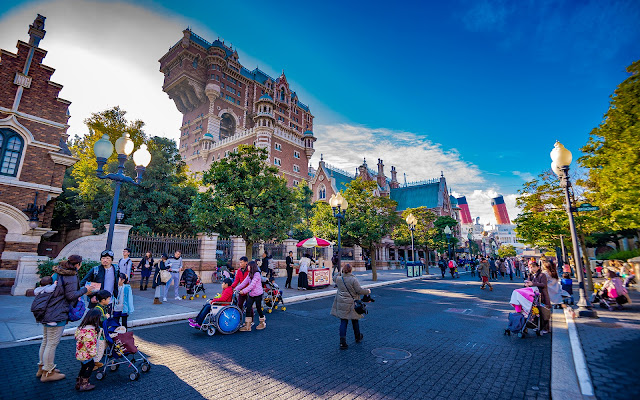 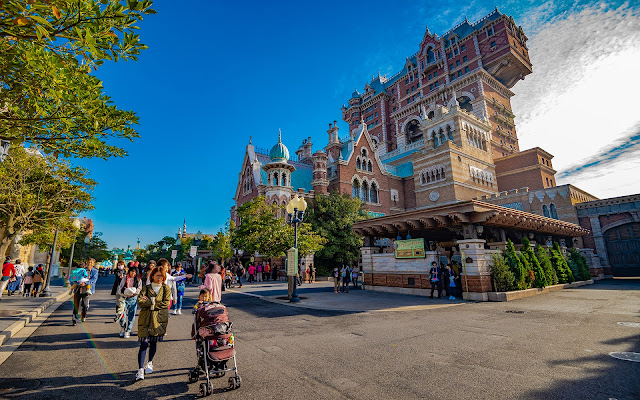 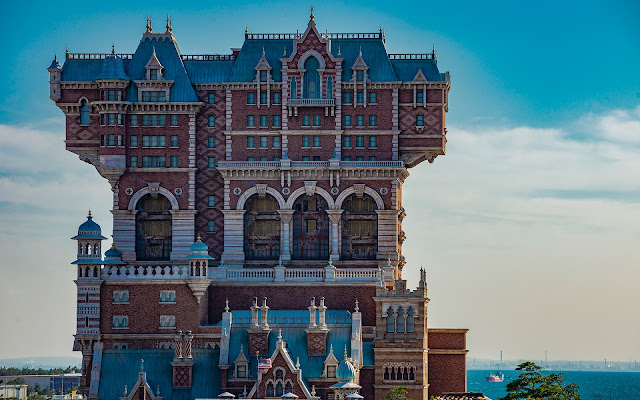