Today is a big day in Disney California Adventure, because it marks the first wholly new themed land and expansion in nine years (I'm not counting Pixar Pier because it was more a make-over of Paradise Pier).  After several years of construction, including a year's delay because of the Coronavirus pandmic, Avenger's Campus officially opens at Disneyland's sister park.  Although the Marvel-themed land occupies the area formerly housing A Bug's Land, it was built from the ground-up... with one exception.  Back in 2017, the Twilight Zone Tower of Terror was transformed into Guardians of the Galaxy - Mission: Breakout!  At the time, this E-Ticket was located in Hollywood Land, but with the opening of Avenger's campus, the ride has been co-opted into Avengers Campus as its second major attraction.  But since I don't have photos of the new land, here are some old photos of the Guardians ride in its Hollywood Land days, under the glow of the setting sun. 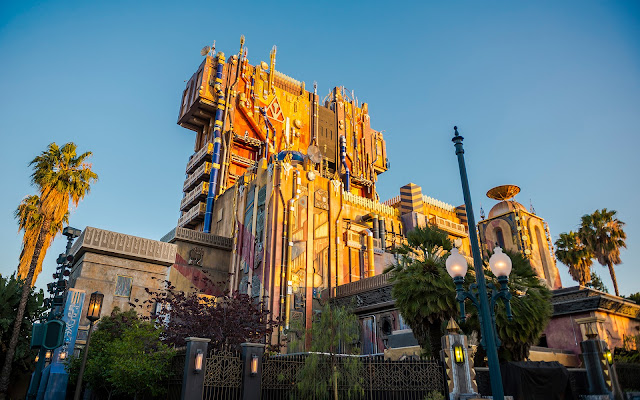 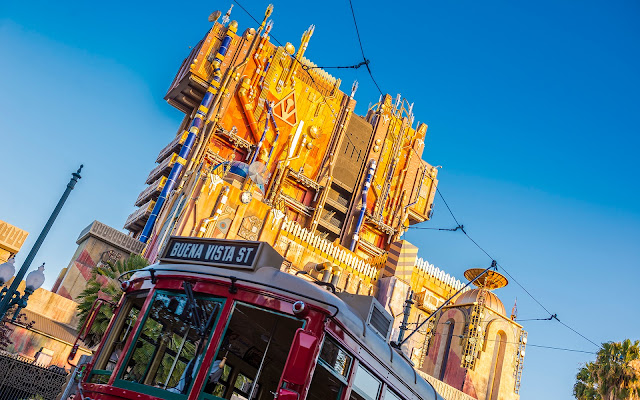 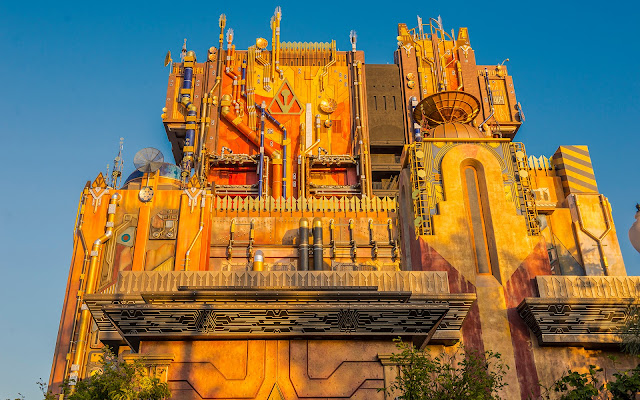 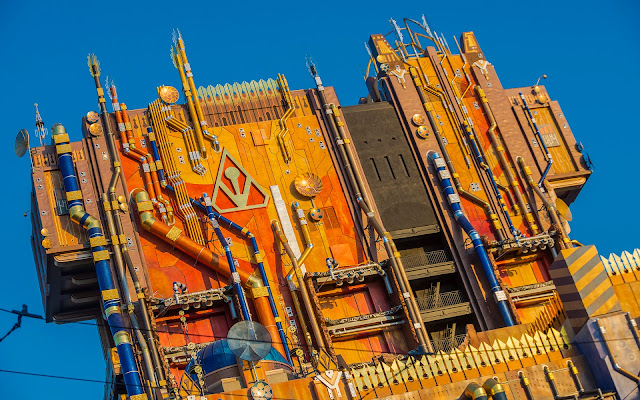 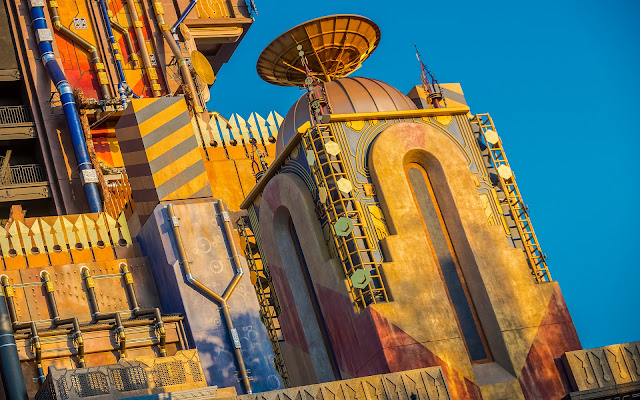 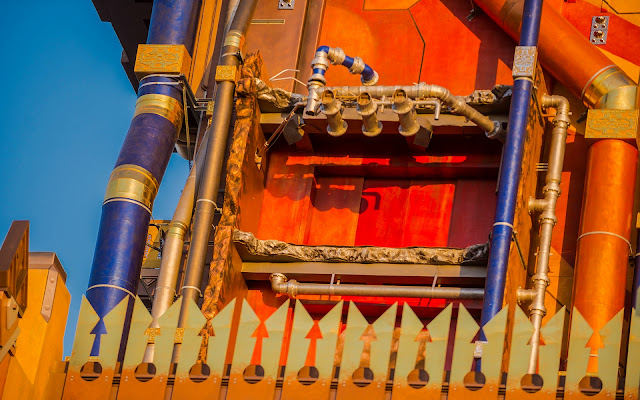 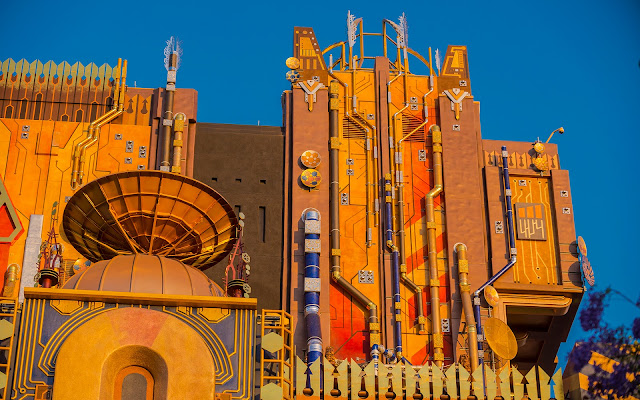 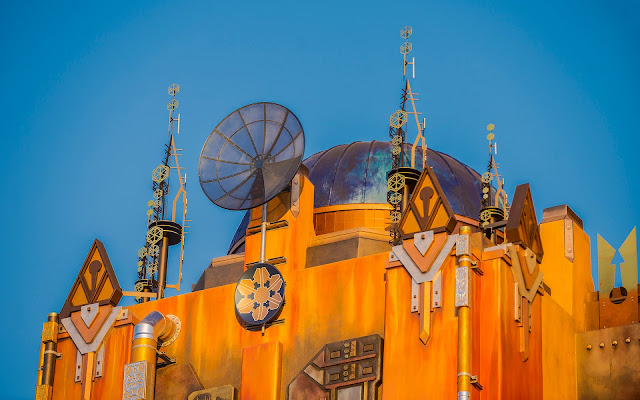 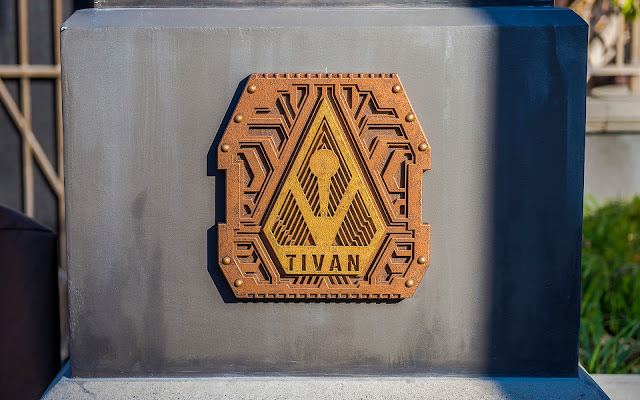 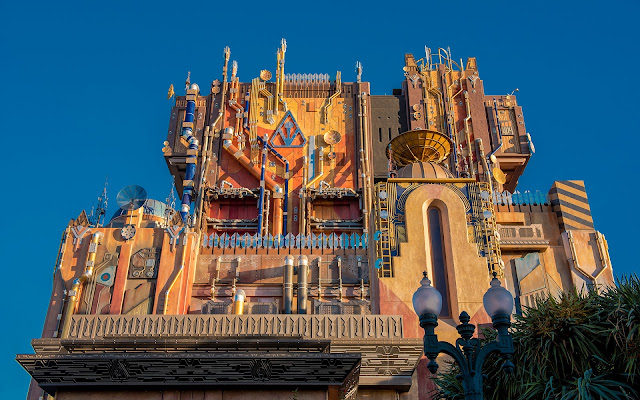