The Art of Frankenweenie

From now through Sunday, November 4th, Disney California Adventure is holding an exhibit for The Art of Frankenweenie inside the Animation Courtyard, within the Art of Animation Building in Hollywood Land.  Frankenweenie, made in 1984, is famously known as one of Tim Burton's first movies, though the director was fired from Disney upon completion after the powers that be thought he had wasted company resources by producing a film that would not fit well with its intended demographic. 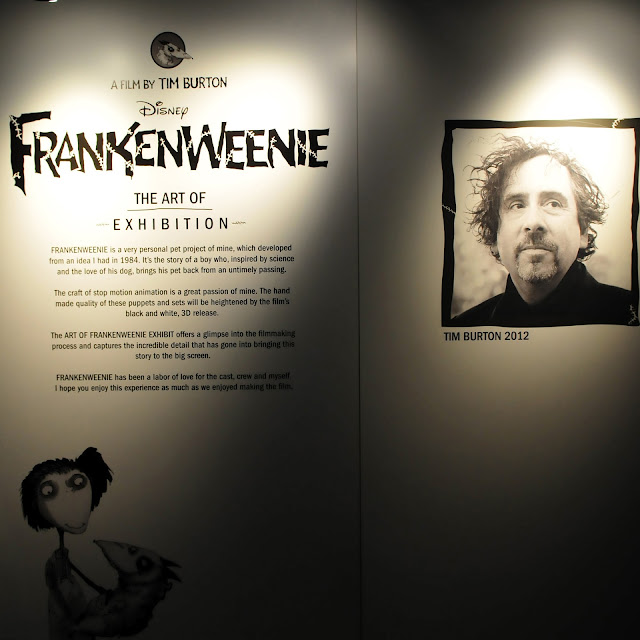 Fast forward a couple of decades and massive commercial success, and now the movie is being remade using Burton's trademark stop motion technology style made famous in films such as The Nightmare Before Christmas and The Corpse Bride.  And in advance of the film, as part of its promotion, Disney has offered a sneak peak at the props and characters of the movie.


The exhibit opened last Friday, the first day of Disney's Halloween Time.  I loved how much it reminded me of Burton's LACMA exhibit from last year.  The artistic direction and dioramas were exquisitely crafted, and it actually succeeded in making me look forward to the movie.  So kudos, Disney team, for good promotion and good behind-the-scenes featuring of what will hopefully be a Halloween hit. I highly recommend checking out this exhibit!