Last summer, the Carnation Plaza Gardens was closed to be transformed into the Fantasy Faire.  In the course of that makeover, the beloved Saturday night swing dancing was put on hiatus, much to the disappointment of swing dancers and fans everywhere of this special event.  At the time, though, Disney promised that the swing dancing would make a return, and last month, during the Monstrous Summer All Nighter event, it did!  From 10PM to 2AM, the Tim Gill All Stars played the night away with the smooth, upbeat jazz tones to get Disney's nimble guests going.

Not long after, the Disneyland Resort announced that swing dancing would return for select nights this summer.  While they haven't since elaborated on which specific nights those will be, one can only hope and assume they'll be the traditional Saturday evenings.  Regardless, it's great to have this fun event back.  So here's a look at some of the scenes at the Royal Theatre, where swing dancing made its triumphant return on Disney's most recent 24-hour day! 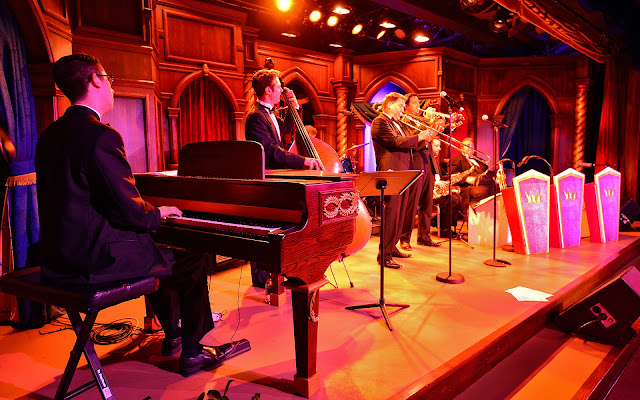 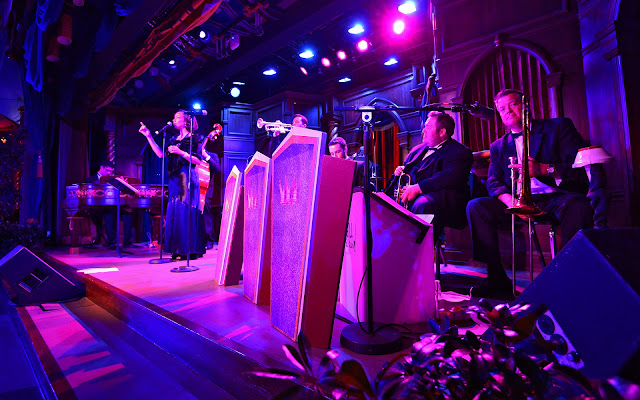 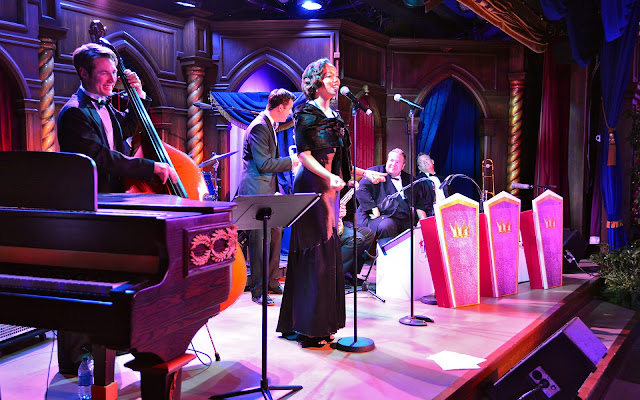 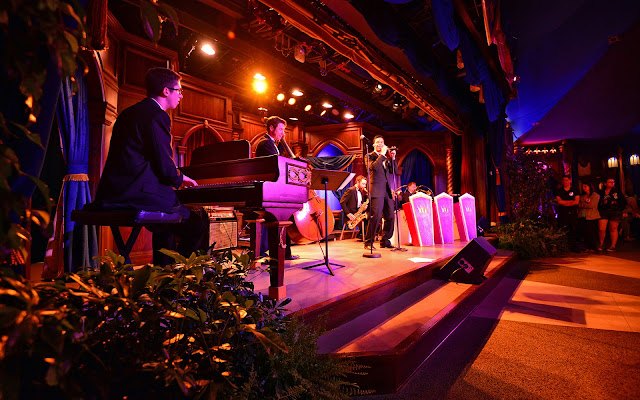 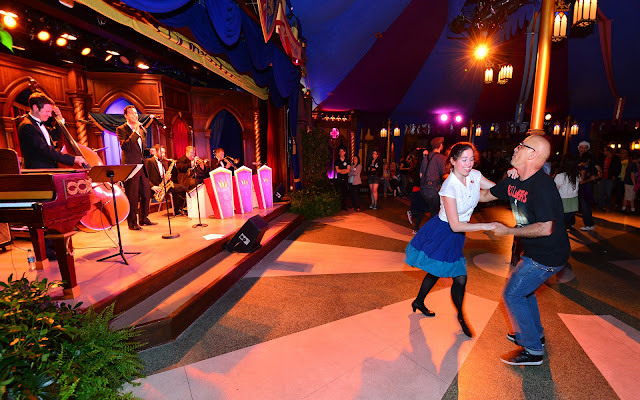 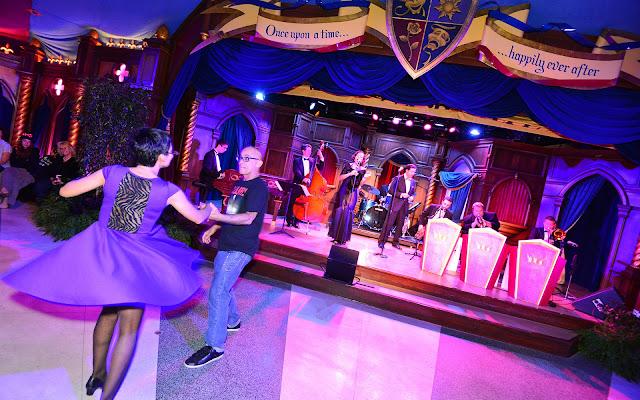 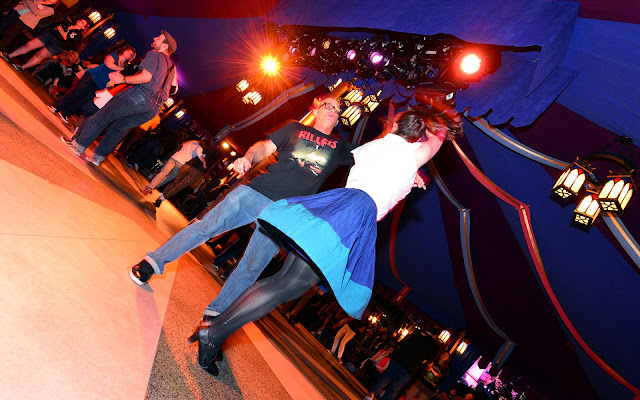 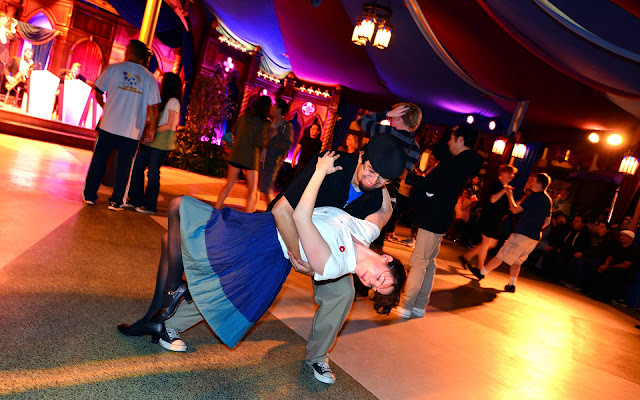 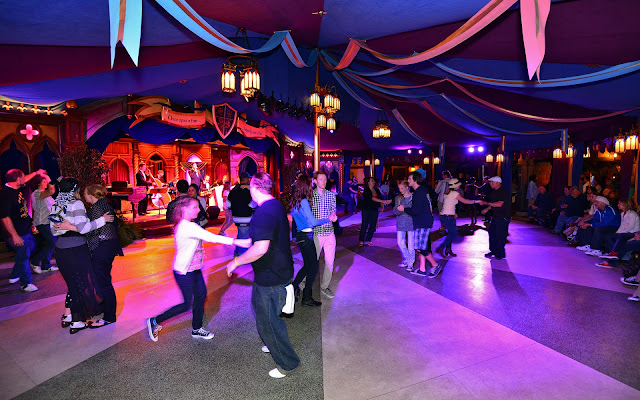