I realized that in the year and a half since I first stepped foot into Tokyo Disney Sea, I have never posted any photos of their FANTASMIC! show.  Given that FANTASMIC! in Southern California is returning later this summer, I thought it might be fitting to finally rectify the first issue.

At Tokyo Disney Sea, FANTASMIC! takes place in the water of Mediterranean Harbor, with Mysterious Island's Mount Prometheus serving as a dramatic backdrop.  Given the large size of the body of water, there is no permanent stagecraft or equipment to serve the show.  Instead, everything occurs on barges that float through the various scenes.  One of the most dramatic, however, is the arrival of Maleficent in dragon form.  Similar to the other FANTASMIC! shows in California and Florida, this occurs at the climactic moment in the show when it appears the bad guys will triumph.  The dragon appears almost magically out of mist screen that reflects the projection of the Magic Mirror.  In a way breaking the fourth wall, Maleficent is a ball of fire, and she rises up for a faceoff against Sorcerer Mickey.

It's a really fantastic moment and quite a sight to behold in person! 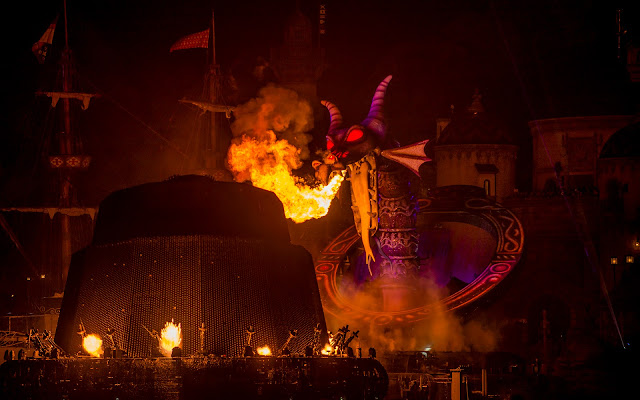 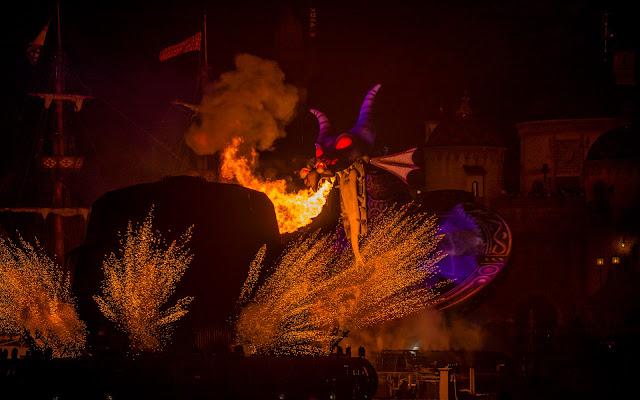 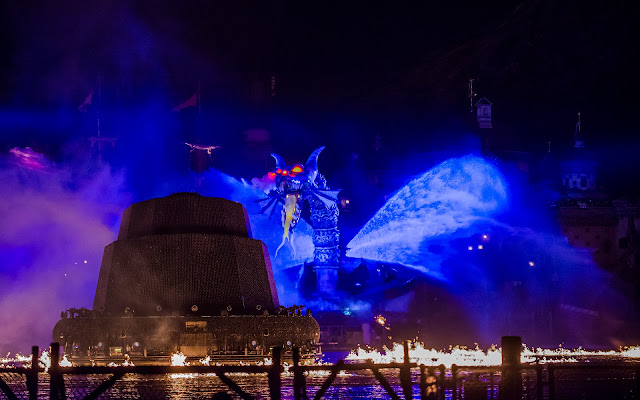 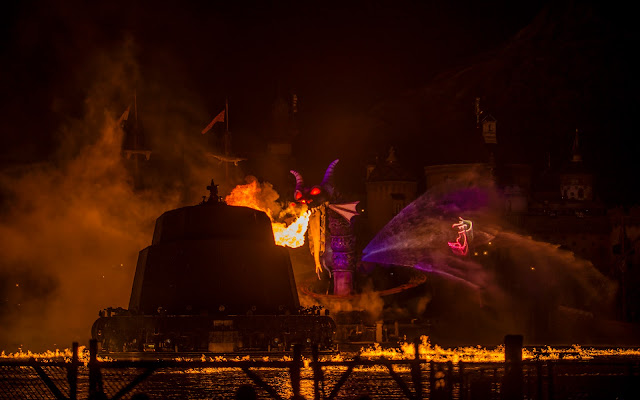