New Pier from the Park

It's been interesting to see how Pixar Pier has affected the organization of the themed lands at Disney California Adventure.  Formerly, the entire waterfront area at the back of the park was categorized as Paradise Pier.  But now that Pixar Pier has taken over the boardwalk portion along the California Screamin' / Incredicoaster portion, the front area is now called Paradise Park, after the World of Color viewing area.  So everything from The Little Mermaid ride to Boardwalk Pizza and Pasta and Silly Symphony Swings is now Paradise Park.  And the rest is Pixar Pier.

It's a bit strange, but now, from the park, we have a view of the pier... as a wholly different themed land.  So times change at DCA! 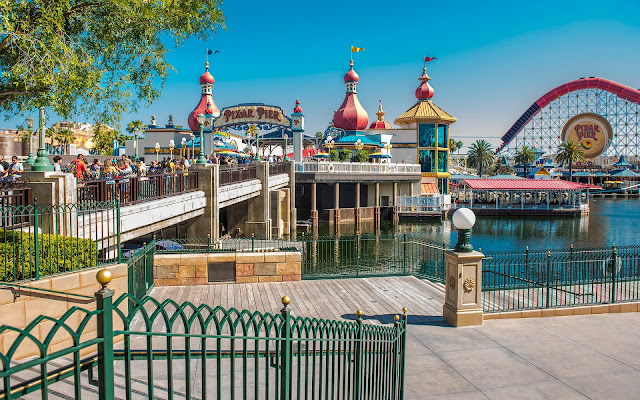 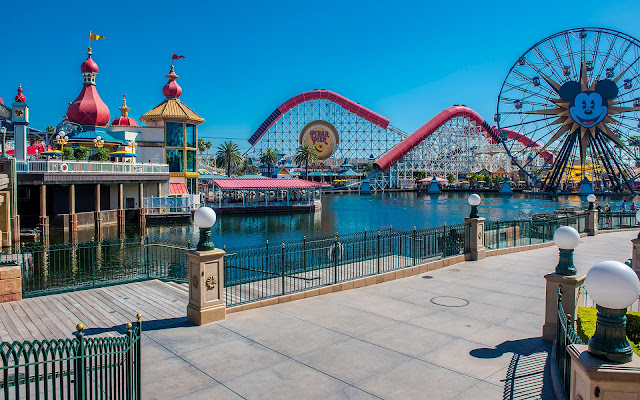 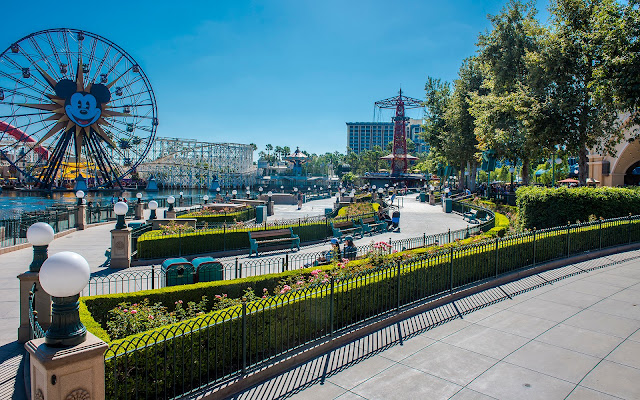