Paint the Night Gets Incredible

When Paint the Night moved to Disney California Adventure as part of the Pixar Fest overlay at the Disneyland Resort, one the promised features was the addition of a new Incredibles float tied to the new movie.  Unfortunately, it was not ready when Pixar Fest actually started in April, and the float didn't actually debut until a few Fridays ago, on June 23.

Fortunately, the product is spectacular.  Taking the place of the Frozen float, which was too tall to navigate the overhead Red Car Trolley wires in Buena Vista Street and Hollywood Land, this segment features the entire Parr family doing superhero things around a big metropolis, plus Fro-Zone cruising around ice on top.  Mr. and Mrs. Incredible pose in front, while Dash zooms around the perimeter.  Violet projects a protective force field, and newly multi-empowered Jack Jack pops up all over the place showing off his various powers.

I definitely enjoy this new addition, and I snapped a few photos when I finally had the chance to check it out last weekend.  Enjoy! 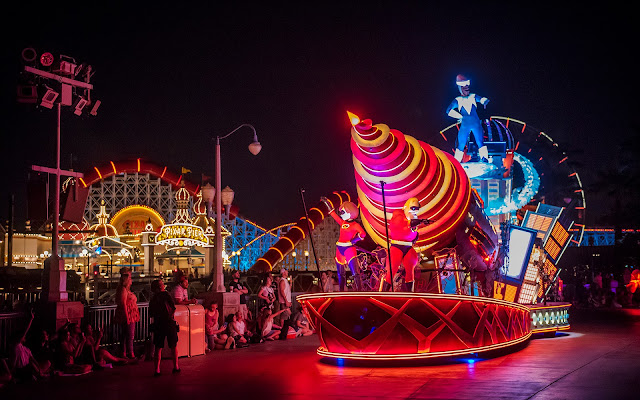 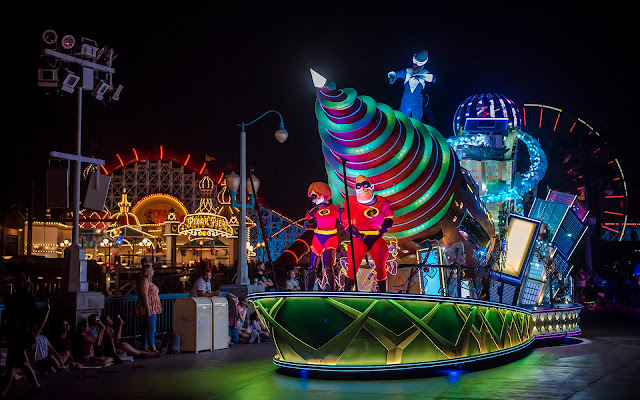 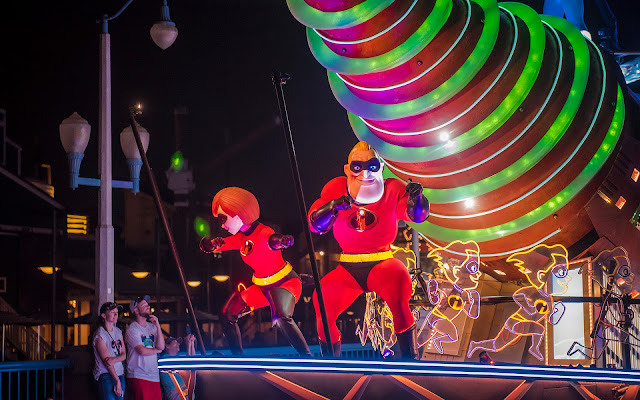 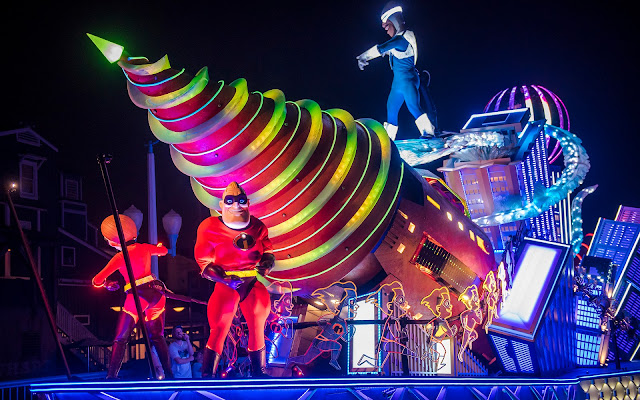 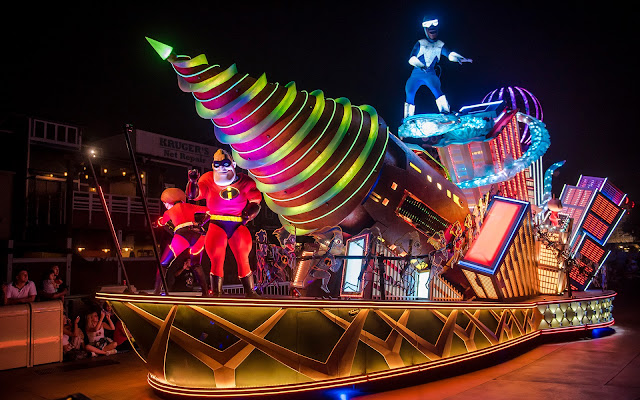 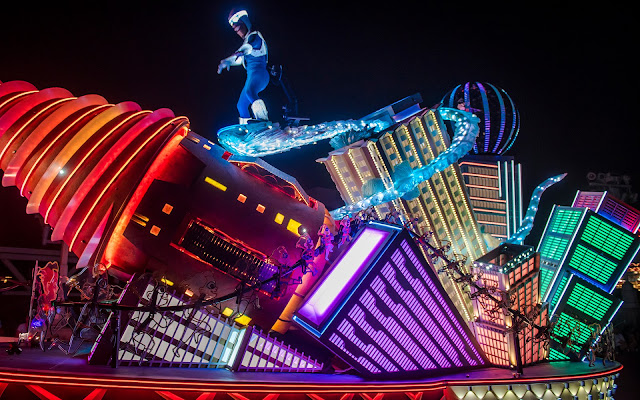 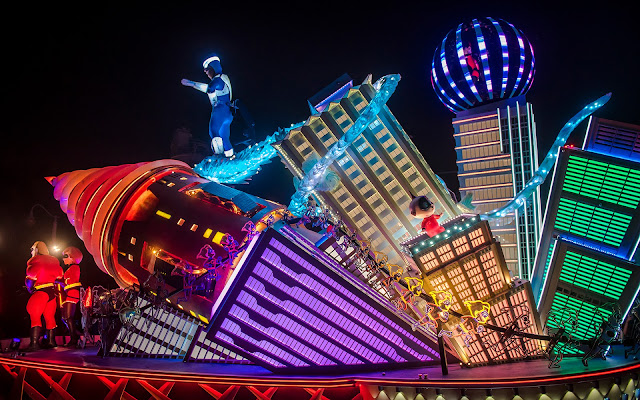 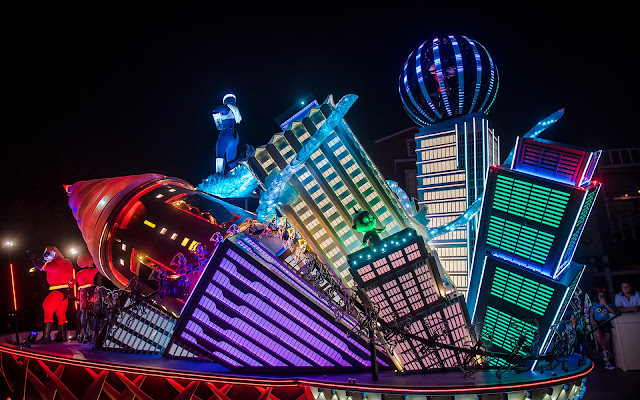 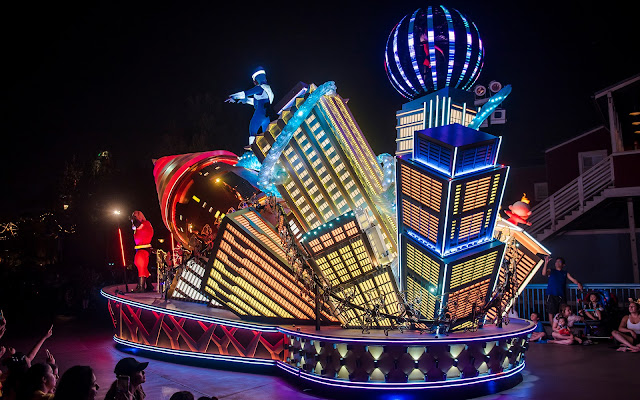 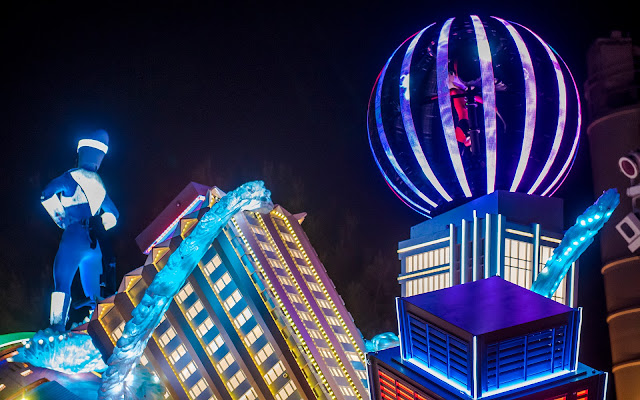 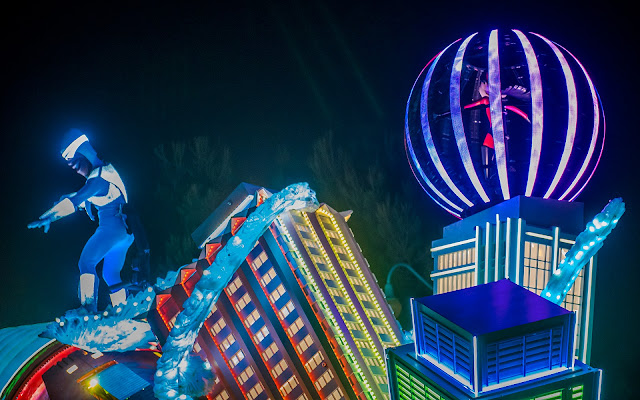 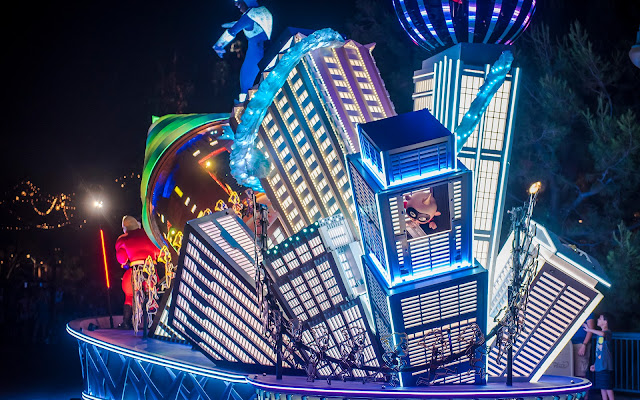