Disneyland characters have quite a fun job of interacting with guests, but they also have the ability to interact with each other, and this becomes especially entertaining when they're characters from different movies or shows that don't know each other in storyline.  Fortunately, Disneyland presents a nice "multiverse" leveling plane, allowing someone like the Queen of Hearts to engage with someone like Donald Duck.  And during Halloween Time, this interaction takes on multiple levels, as many of the Disney characters are dressed in Halloween costumes, meaning they are characters playing a character!

The result is sometimes goofy (especially Goofy is in on it) and sometimes hilarious.  Here are a few snapshots from a recent Disneyland trip, where they have characters at the Main Street Station posing for photo ops and doing socially distanced "meet and greets." 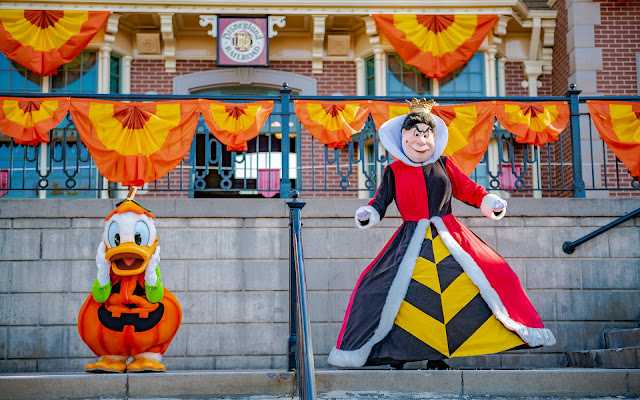 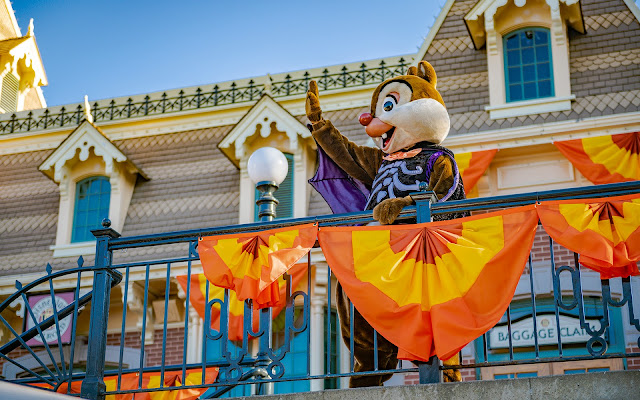 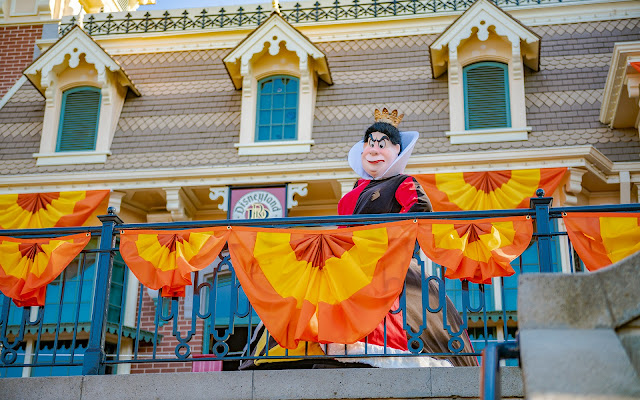 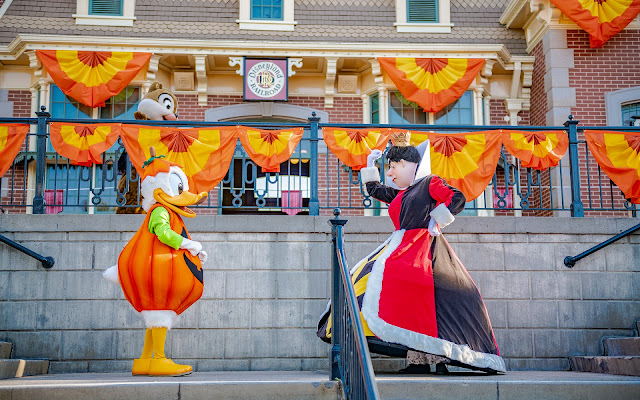 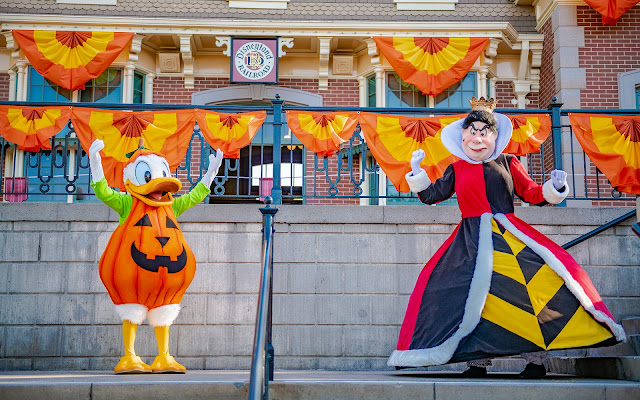 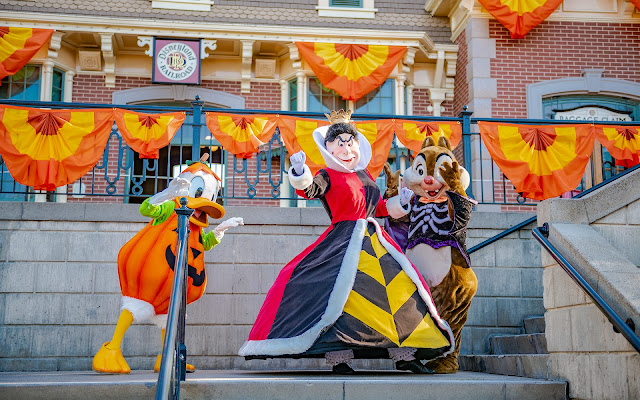 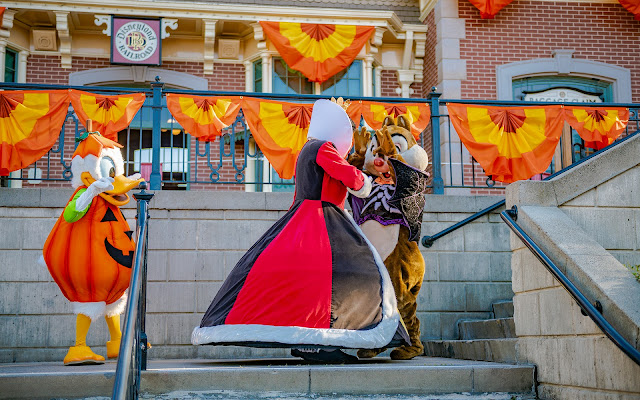 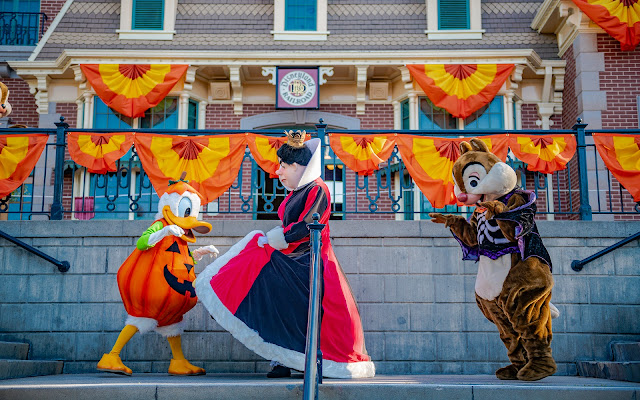 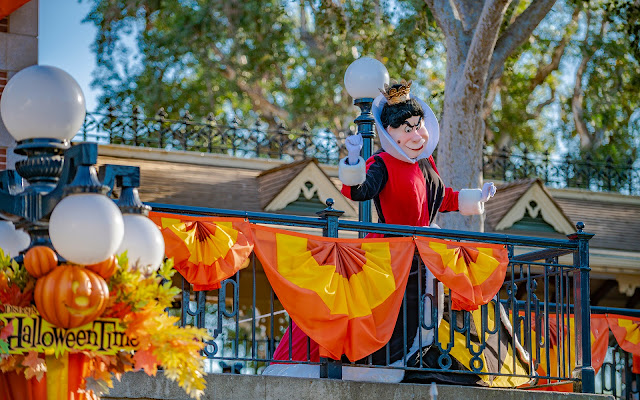 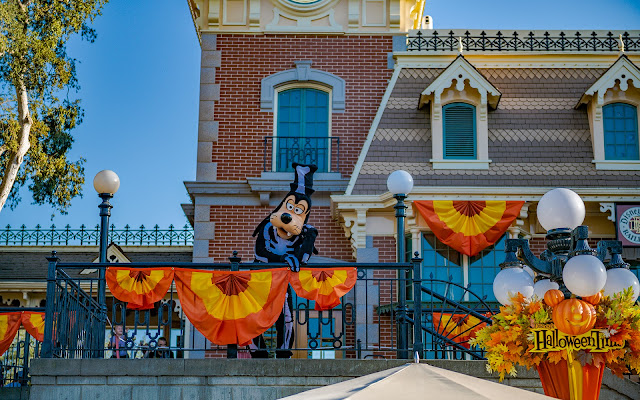 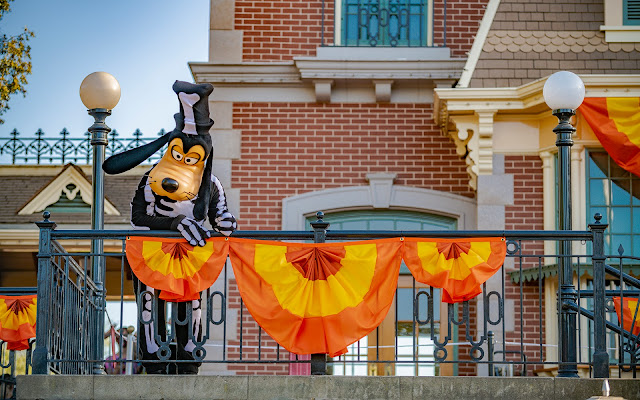 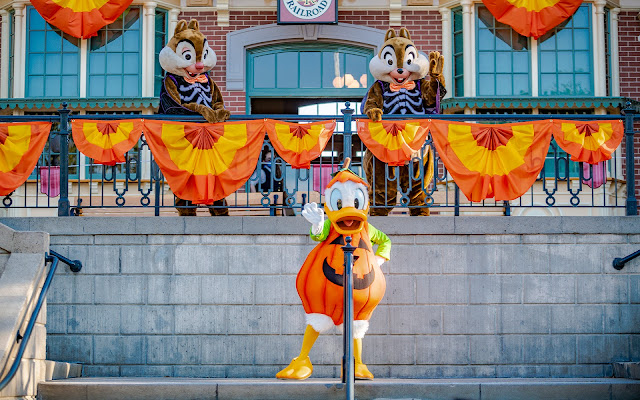 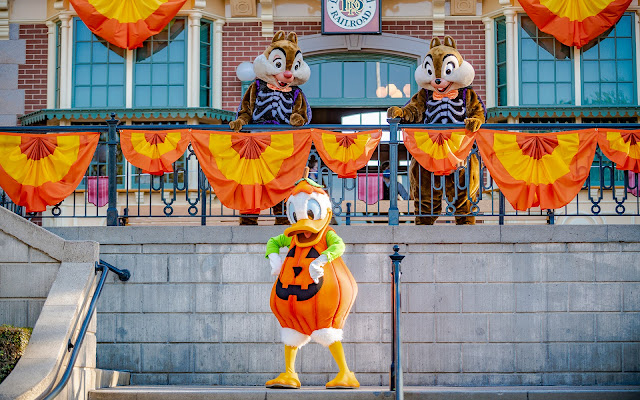 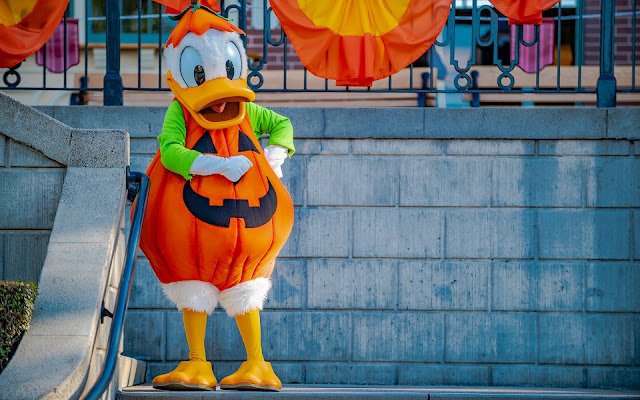