Two years ago, when the Oogie Boogie Bash debut, I didn't initially get tickets because I wanted to see how it was and whether or not it was worth it. Unfortunately, my delay cost me, because by the time I decided that I wanted to go, the event was sold out.  This year, with its return, I made sure to get tickets early, and a major reason for this was because of the spectacular Oogie Boogi Bash exclusive walkthrough of Villains Grove.  Located in the Redwood Creek Challenge Trail in Grizzly Peak, alongside the Grand Californian Hotel, this attraction is just a walkthrough, but it's also a dazzling light display of visual storytelling devoted to some of Disney's most iconic baddies.  The end of the trail picks up hope and optimism, though, as uplifting instrumentals accompany a walk into a blinding tunnel of mist.  It's a natural photo waiting to happen, and when my friends, Steve and Millie of Cosplay Parents asked about getting a photo, I knew immediately what they had in mind.

The results turned out just as dramatically as I expected--in a good way--and I had such a great time exploring Villains Grove that I came back later at the end of the night to get more empty park shots of the area!  Those will come in a future post! 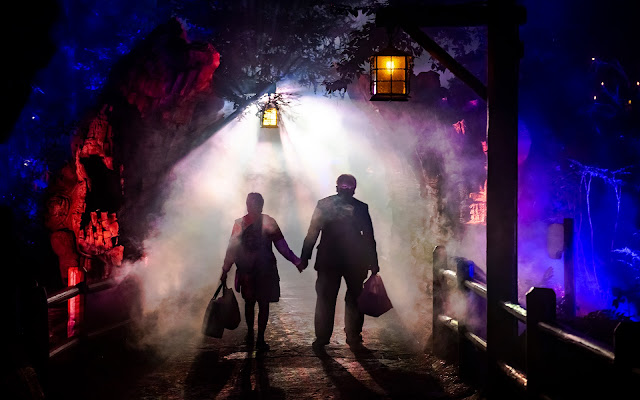 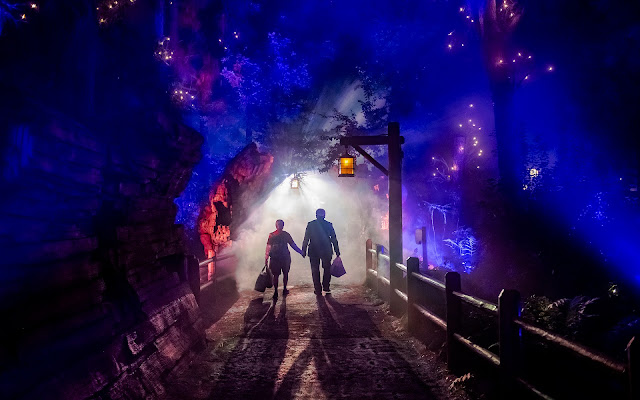 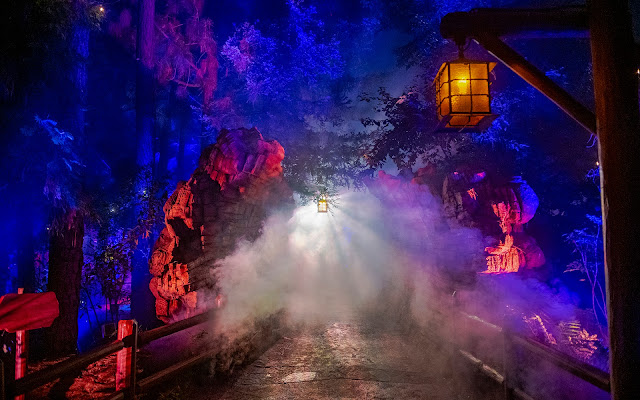 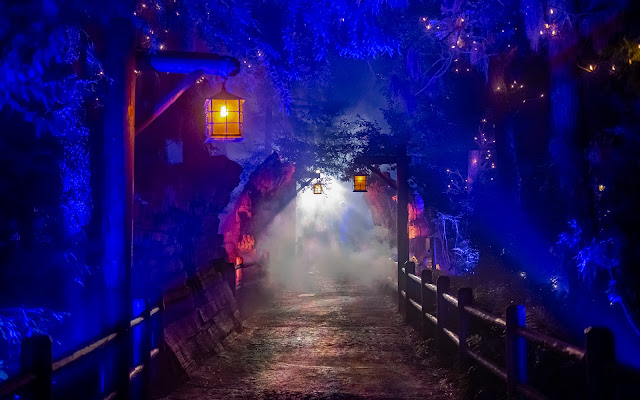