Molly Brown on the River

At Disneyland Anaheim, the majestic paddleboat steamship is the Mark Twain.  At Disneyland Paris, the Western riverboat is named after another legendary historical character of Western lore, Molly Brown.  Cruising around the Rivers of the Far West, the Molly Brown passes around Big Thunder Mountain, situated as an island in the middle of the waterway, passing by Frontierland counterclockwise instead of the Mark Twain's traditional clockwise direction.  But the views are still scenic and dramatic, especially with a nice sky behind them.  Here are a few to enjoy, to showcase how France reckons the Old West to look like! 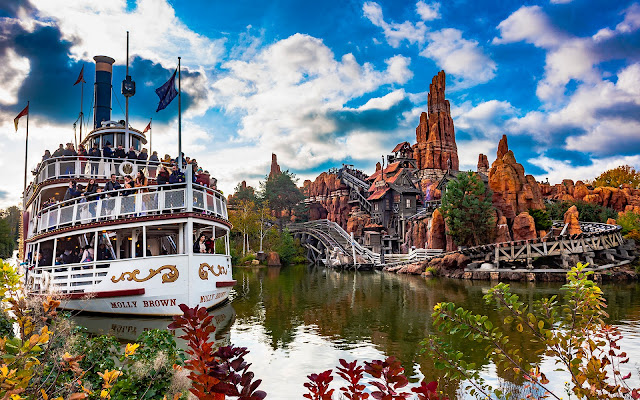 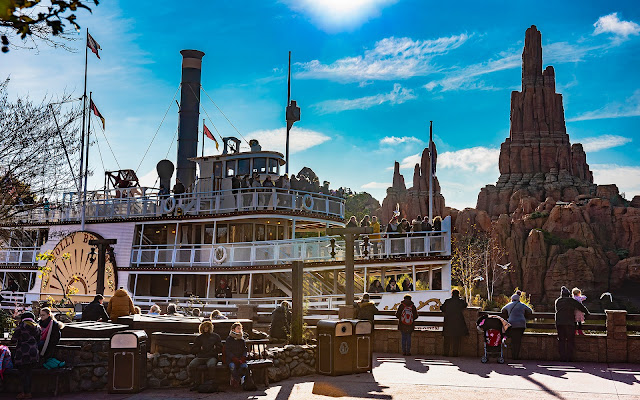 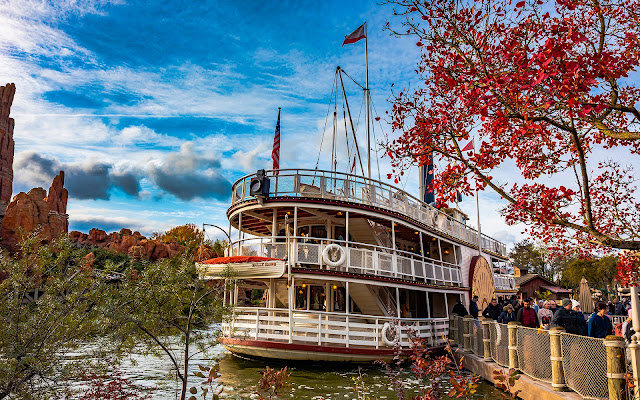