...Winnie the Pooh set off upon an adventure.  And apparently, it was quite the moving day, since a windstorm swept through the forest, sending all of its inhabitants scrambling to hold on to anything sturdy.  But not Pooh bear... afloat on a balloon, he took in the approaching storm with the optimism of opportunity, since it could bring him to honey-laden trees much more easily!

This cute scene opens up The Many Adventures of Winnie the Pooh ride, which is mirrored in both Disneyland Anaheim and Shanghai Disneyland.  The photos from below are from Shanghai, taking guests through the opening scene.  And while I'd love to say that the slightly not-crisp photos are to reinforce just how blustery things were, in truth, I just didn't have my shutter speed set quite fast enough to get a perfect crisp shot.  Although hopefully, you can't tell too much except when enlarging the photo! 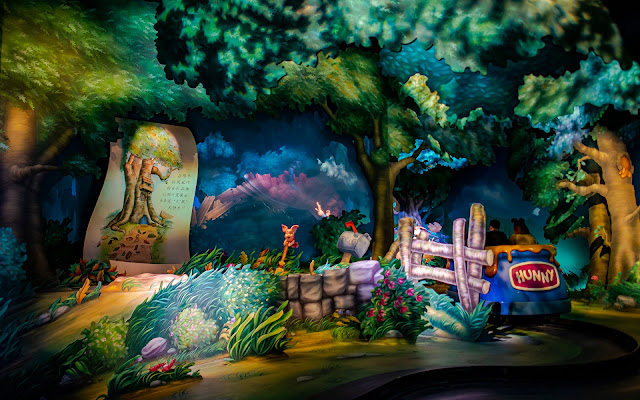 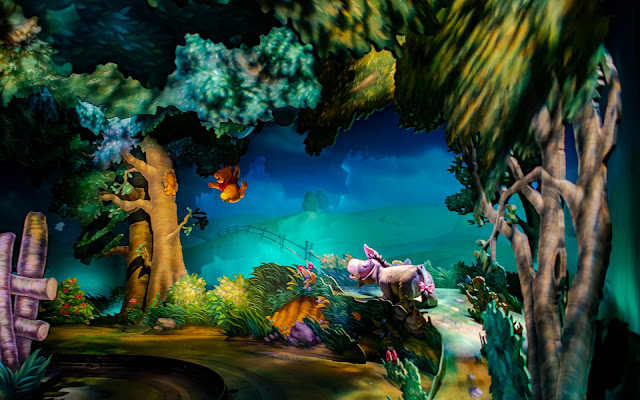 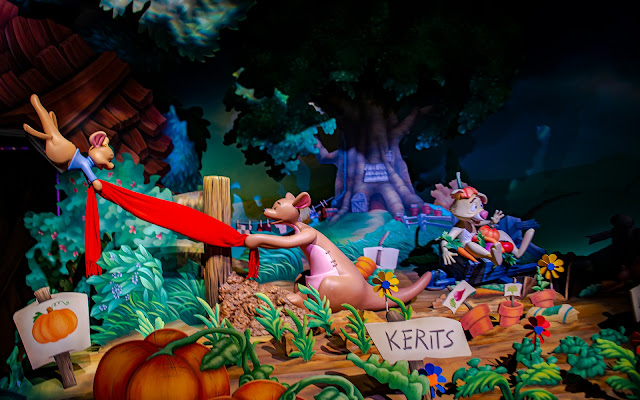