Today's photo post is another little spread from a visit last month where I tried to bolster my Disney park catalog with photos and angles I don't often shoot.  It's a Small World would certainly qualify.  I don't often shoot in this part of the park, because I rarely venture to Mickey's Toontown (which is closed now, anyway), and I'm not one to ride It's a Small World for obvious, earworm-avoiding reasons (that tune will change once I have kids, but until then...).  But It's a Small World is a beautiful photographic subject thanks to its whimsical landscaping and classic Mary Blair facade, and it's especially luminous during the afternoon golden hour light, when the white and gold facade really seems to dazzle.  Here are a few pictures of differing compositions for your Wednesday enjoyment! 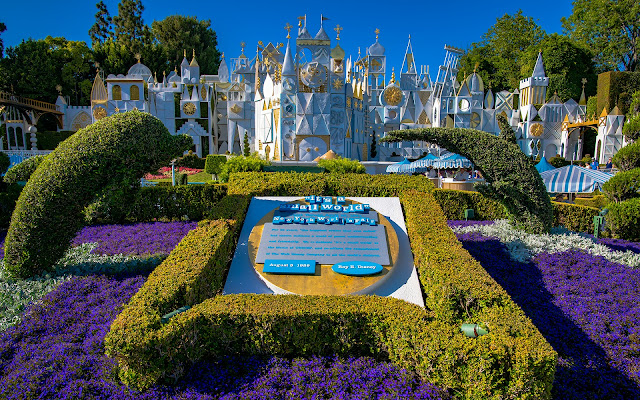 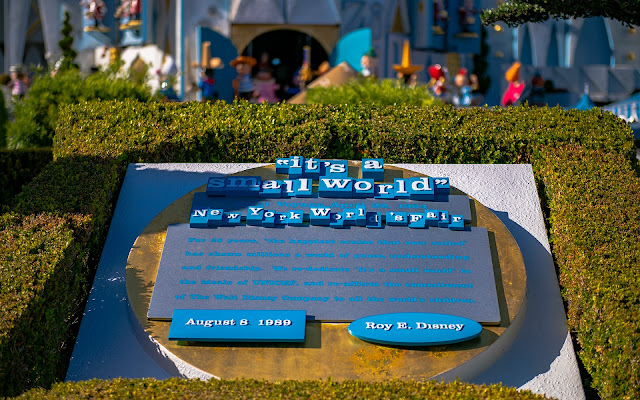 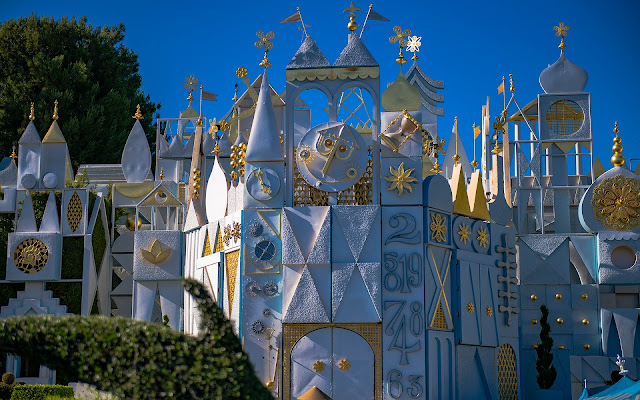 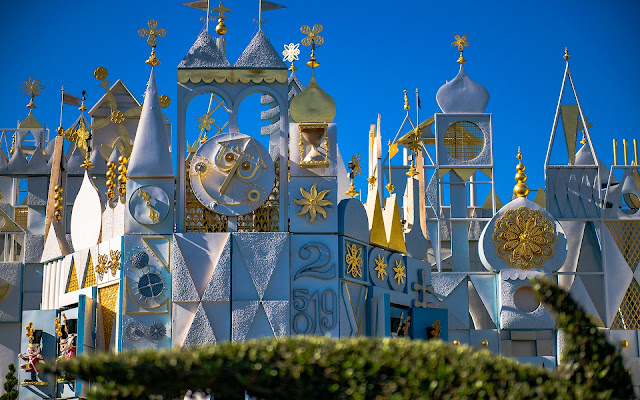 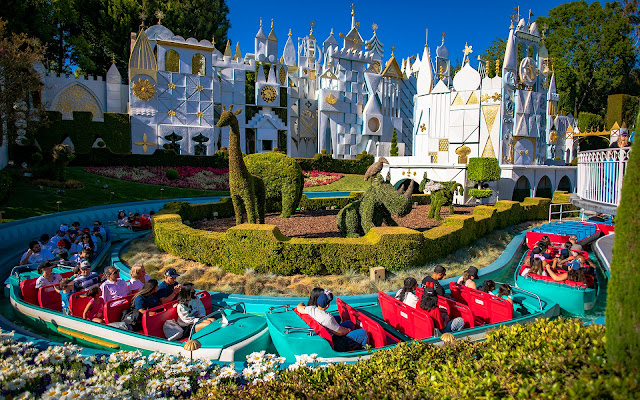 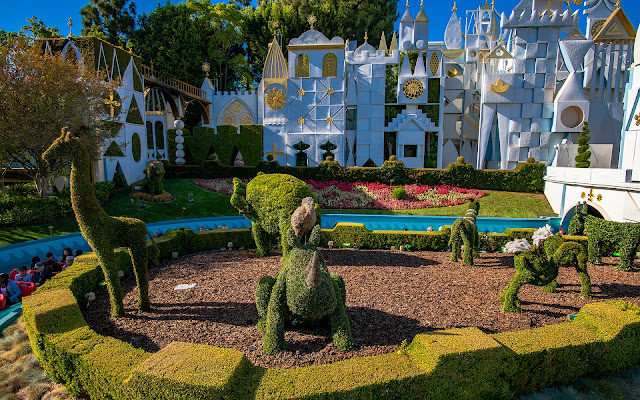 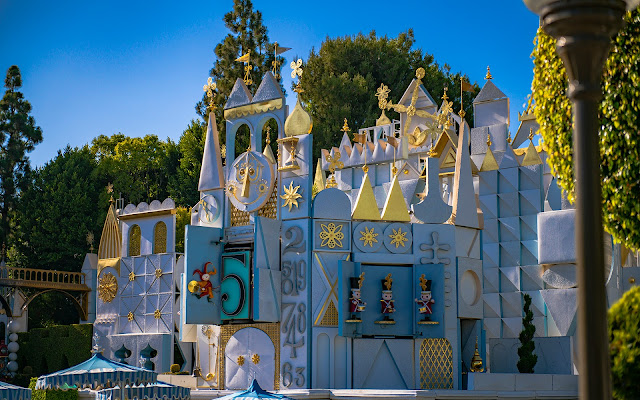 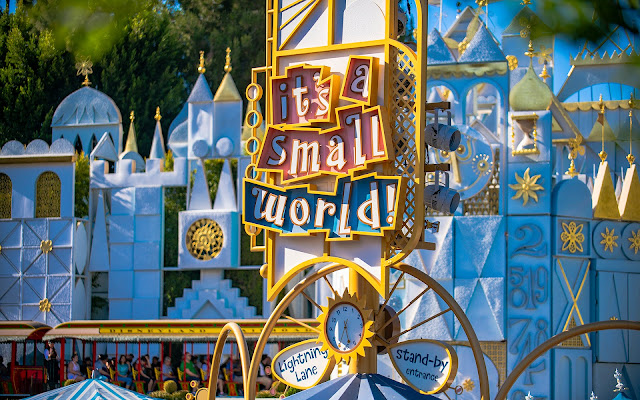