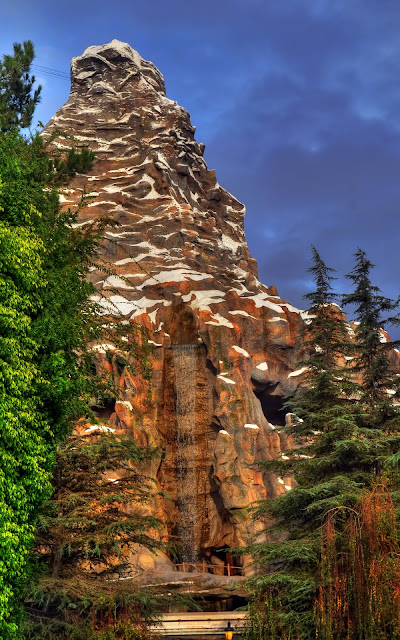 Sometimes, you happen upon a photo without expecting it.  This was one of those cases.

A few weeks ago, I was strolling through Disneyland with some friends, when I came upon this vantagepoint--one that I had spied countless times before.  But on this day, with dramatic clouds in the background, and the sun at a low angle just right for casting a moody golden glow, I knew I had to snap up a photo.

Ever since the Matterhorn reopened in June, it's been especially vivid.  This owes, of course, to the new paint job it received during the course of its refurbishment--its first full scale painting since the attraction first opened in 1959!  So everything really pops, and when the light is right, it makes for a very dramatic shot!
Email Post
Labels: Disneyland Disneyland Resort E-Ticket Fantasyland HDR Matterhorn Matterhorn Bobsleds