On Instagram, there's a thing called #FireworksFriday, part of a long line of alliterative themes for days of the week. And being that it's Friday, I thought I'd post some shots I recently took of Disneyland fireworks. These aren't from the standard Hub location or even Main Street, U.S.A., though! These were taken near the station for Big Thunder Mountain, and with my 70-200mm telephoto zoom lens.  As a result, they're much more about the pyros themselves rather than a framed scene, and though there are parts of Big Thunder Mountain Railroad within the composition, this photo session became much more an exercise in perfecting the timing of shooting fireworks bursts.

Some results were better than others, but I'm learning!  In all of these, I had my ISO at 100 and my aperture at f/8 or f/10--with the exception of the last shot, which was taken at f/16.  The shutter speed varied with the flow of the show and aiming to catch a full "paint stroke" of a fireworks burst.  And an interesting note about shooting fireworks... the wider the f/stop, the bolder the streaks of light, but the easier they are to get blown out because the exposure is too bright. 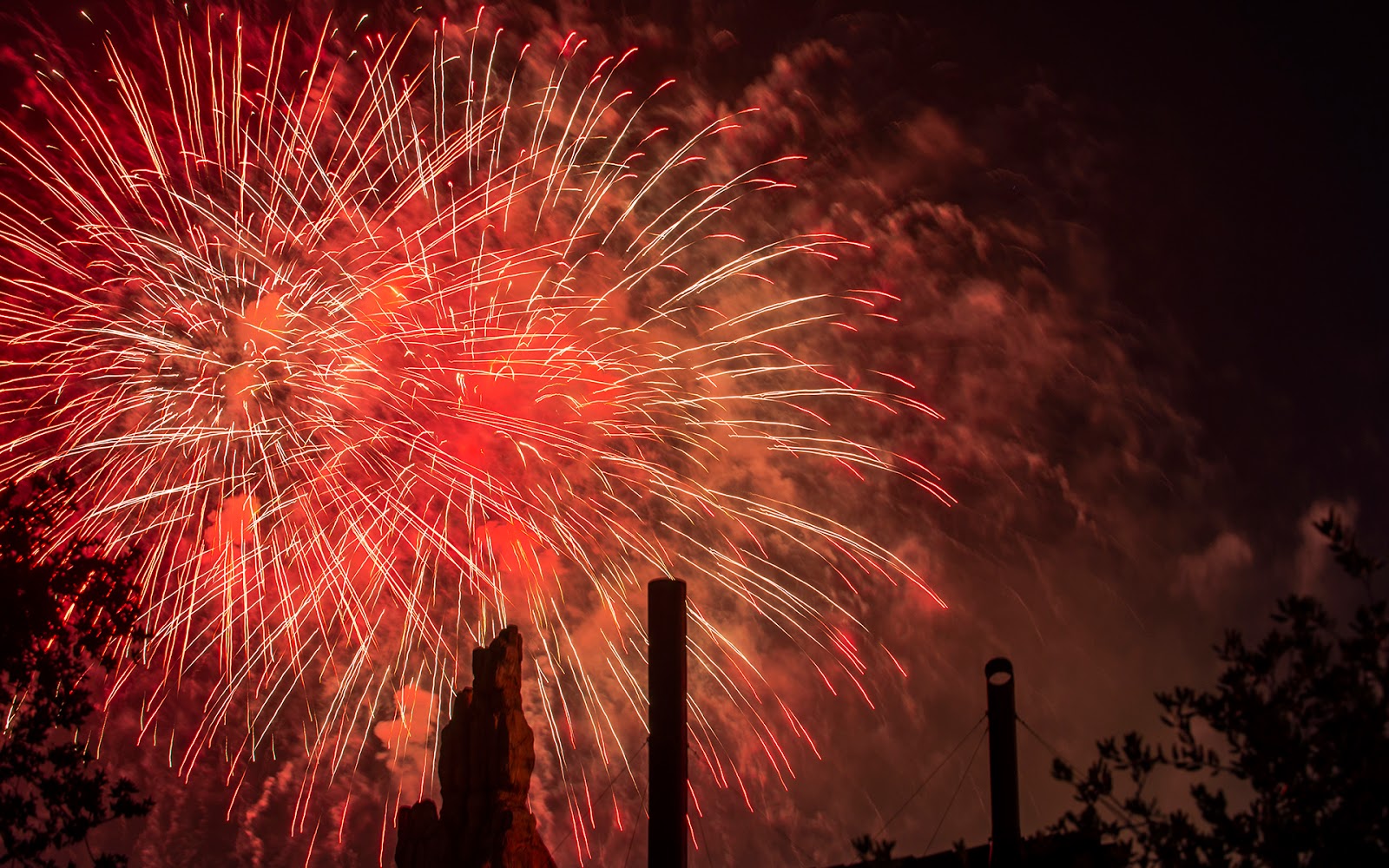 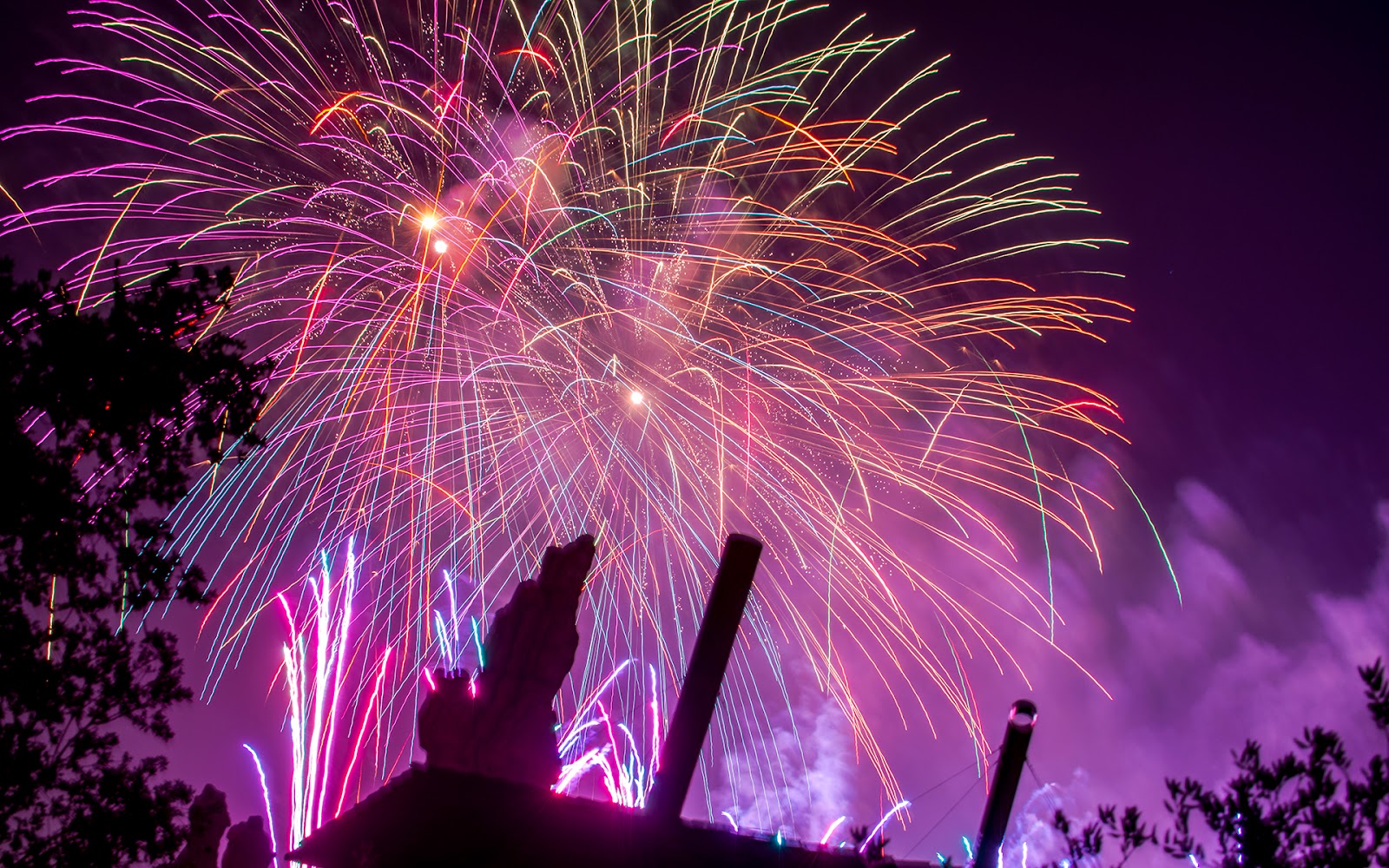 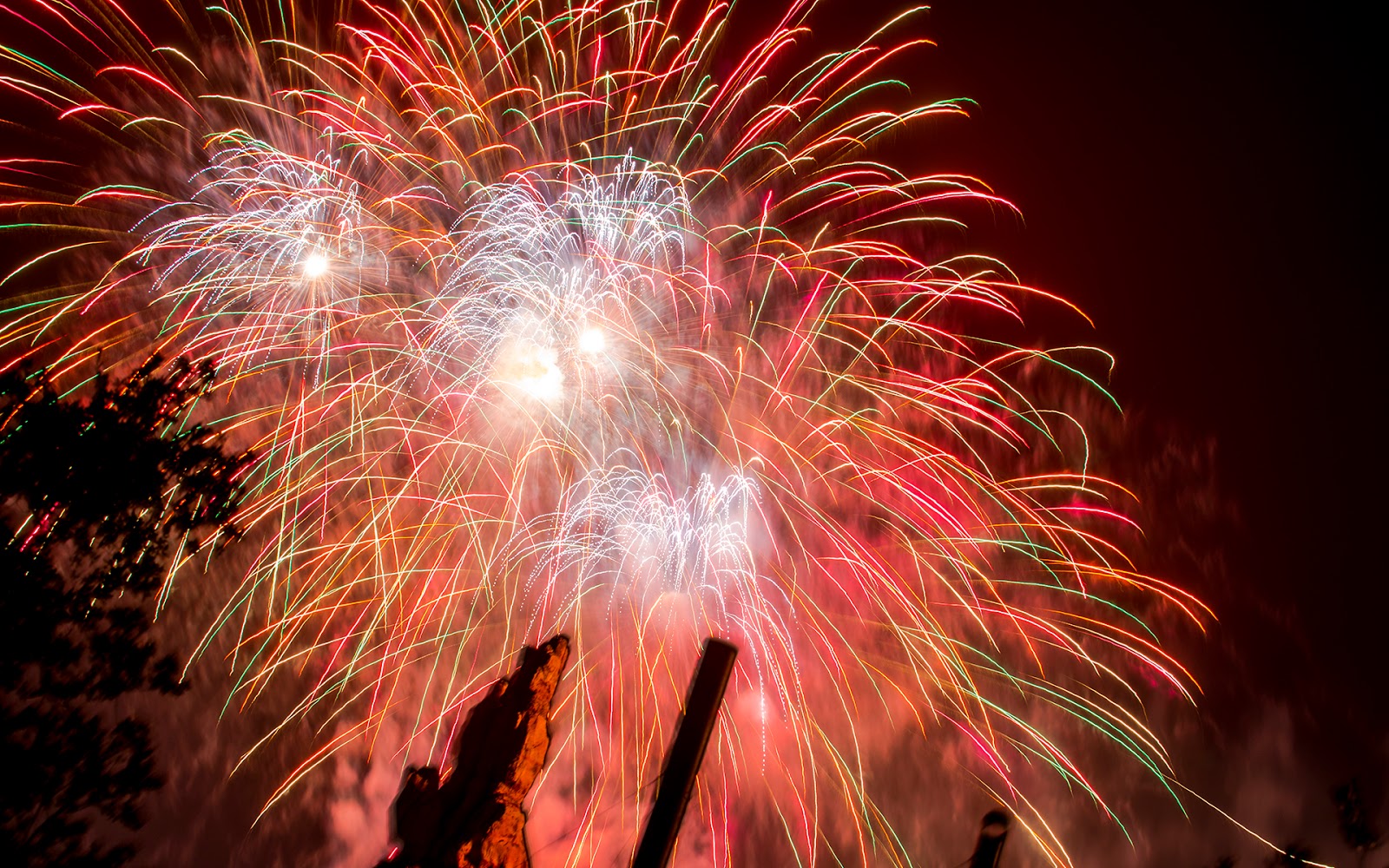 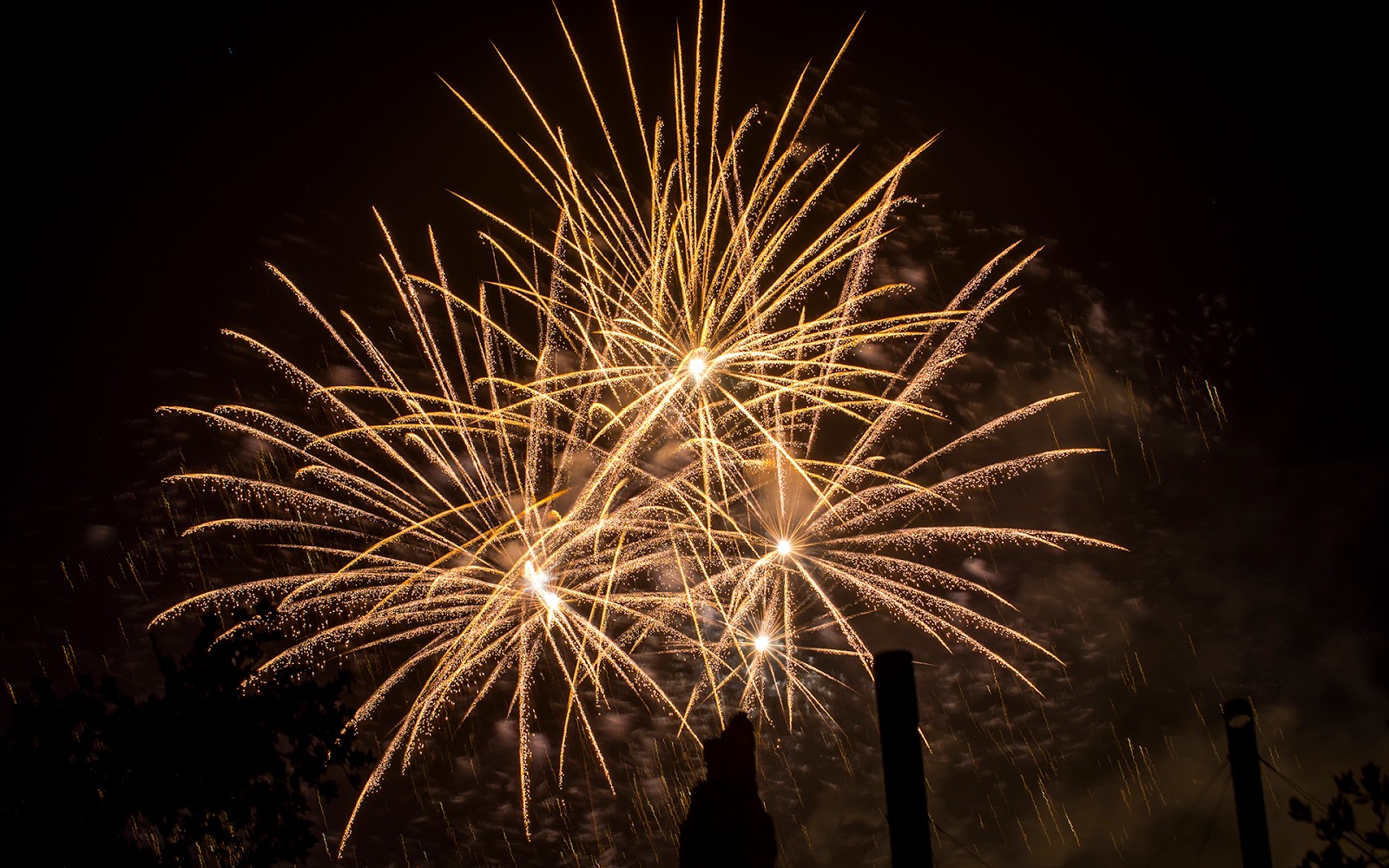 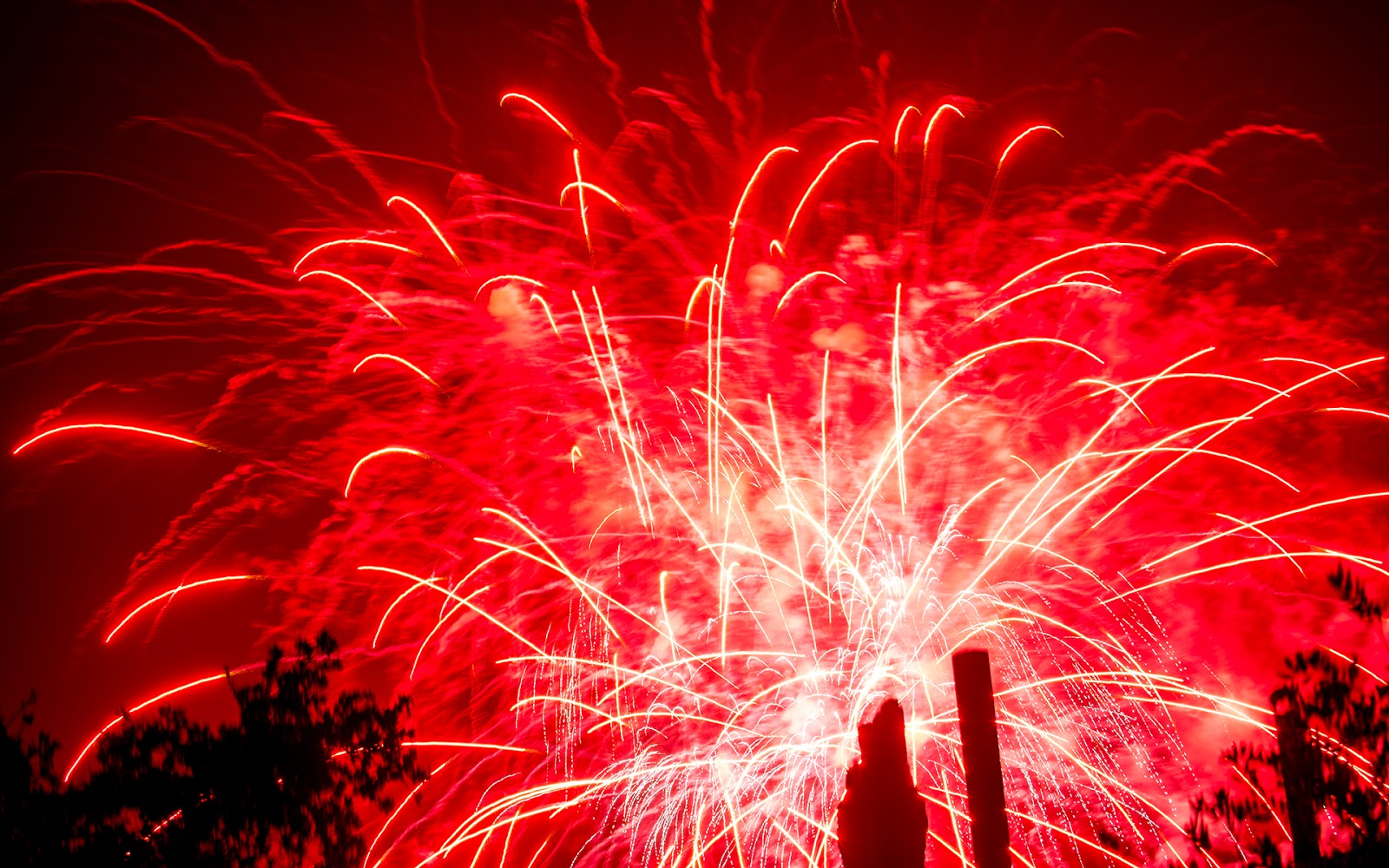 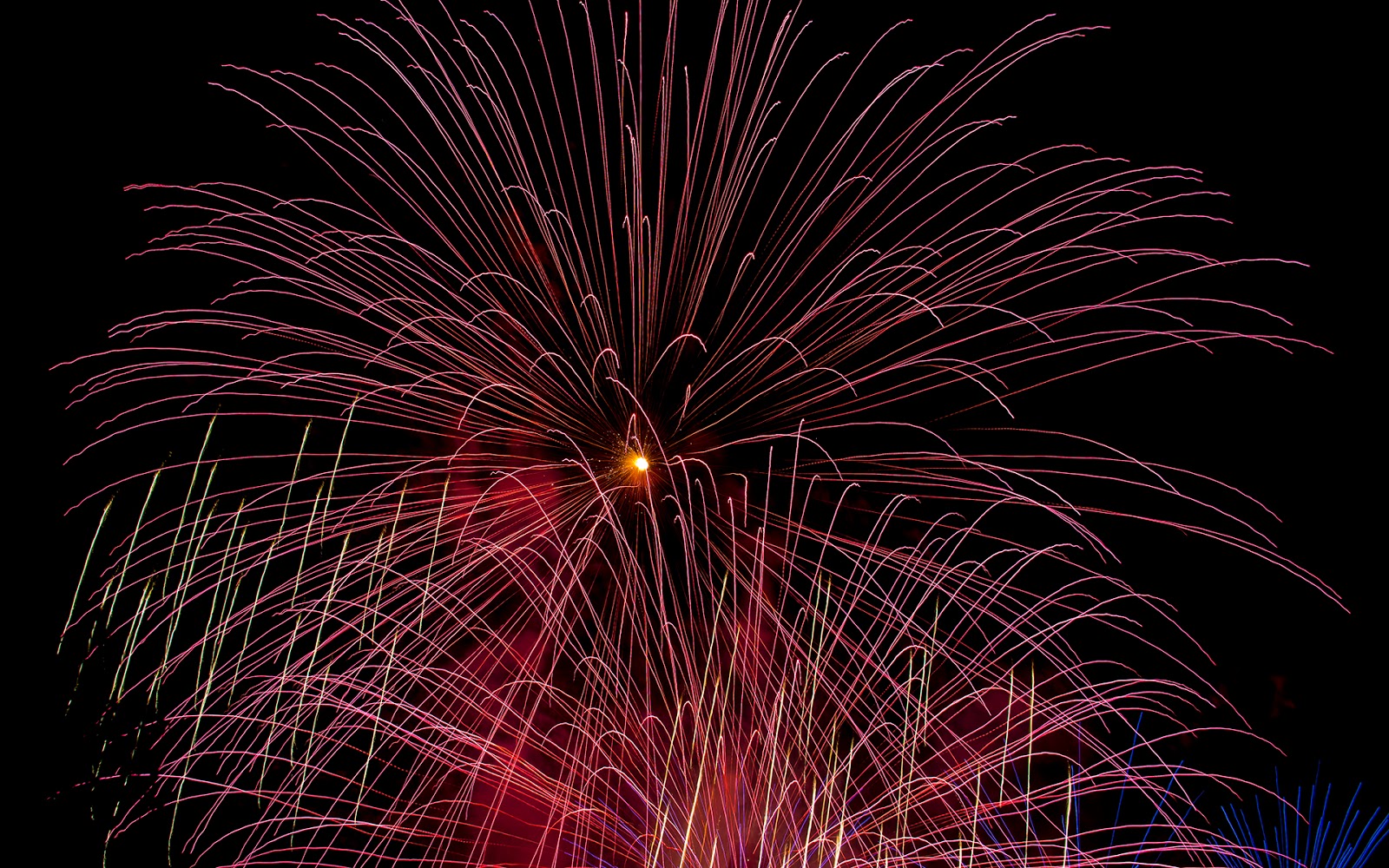 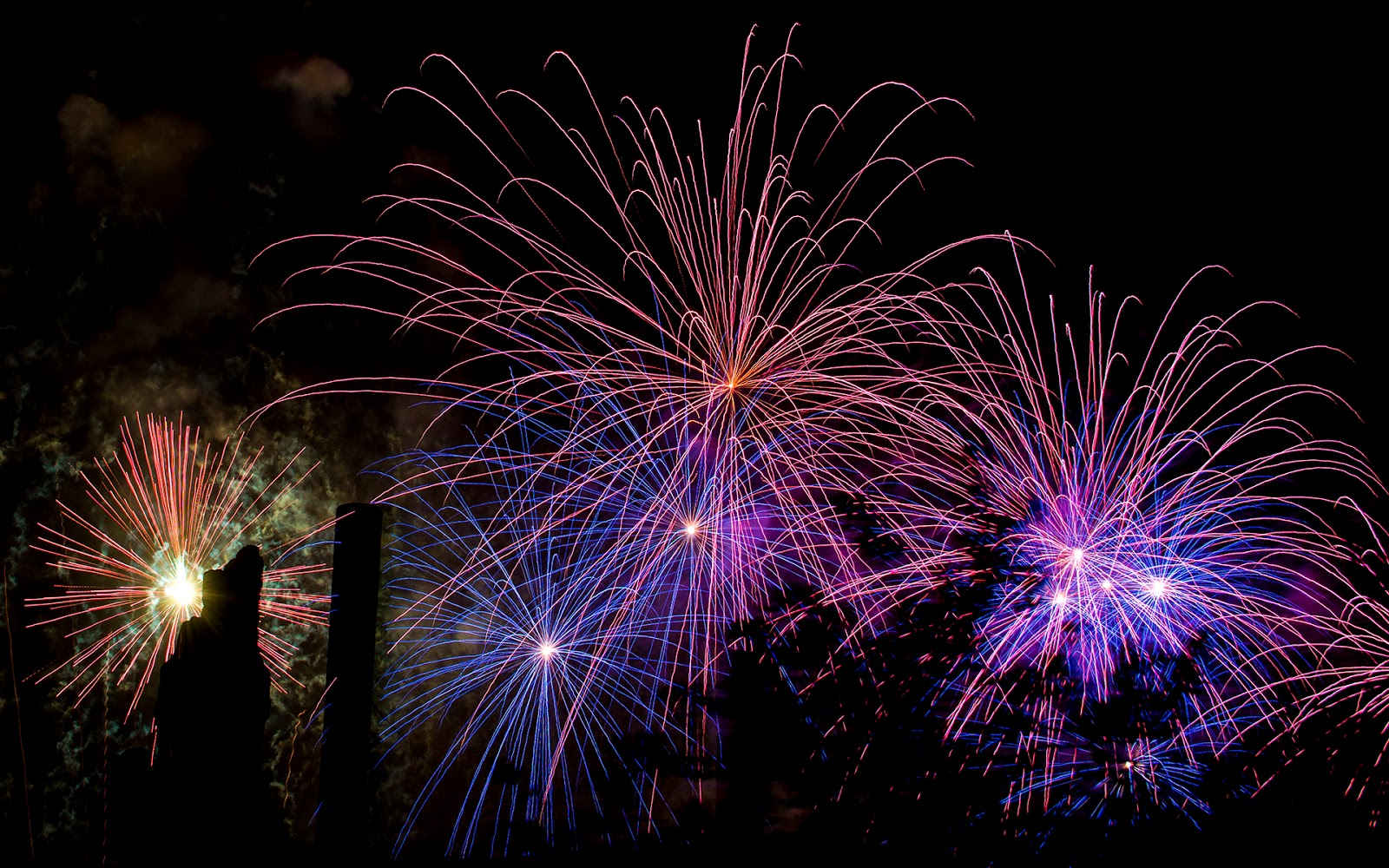 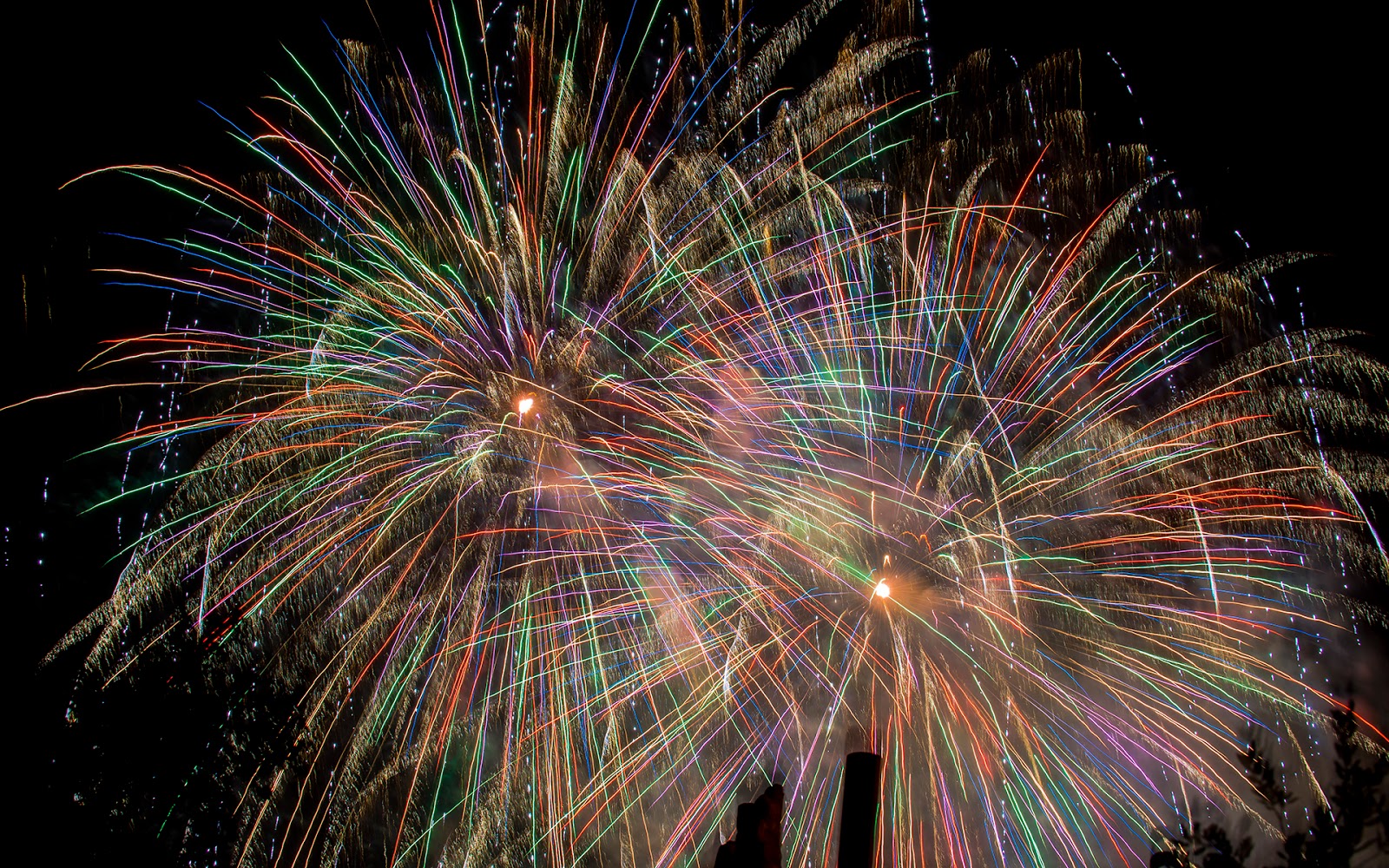 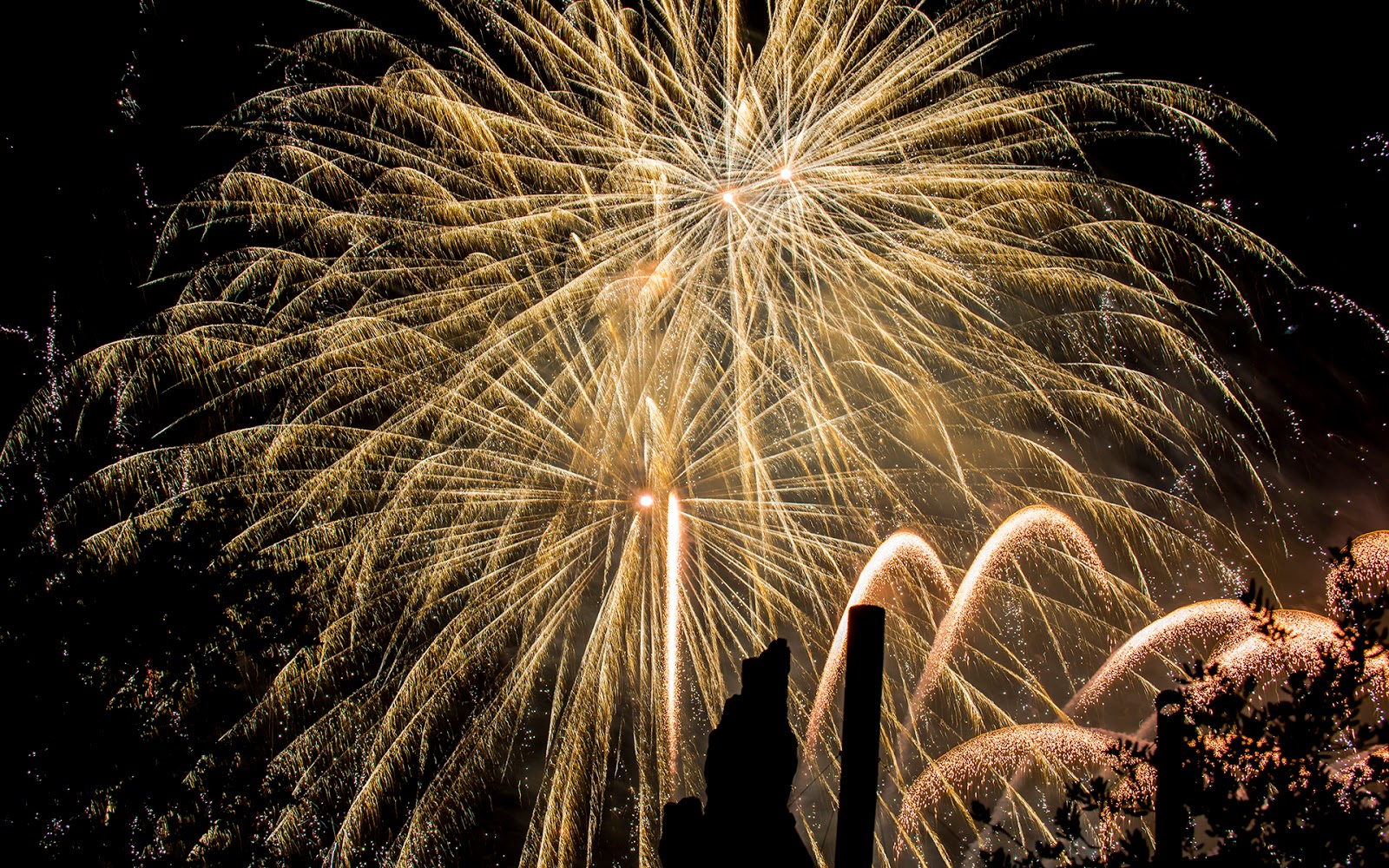 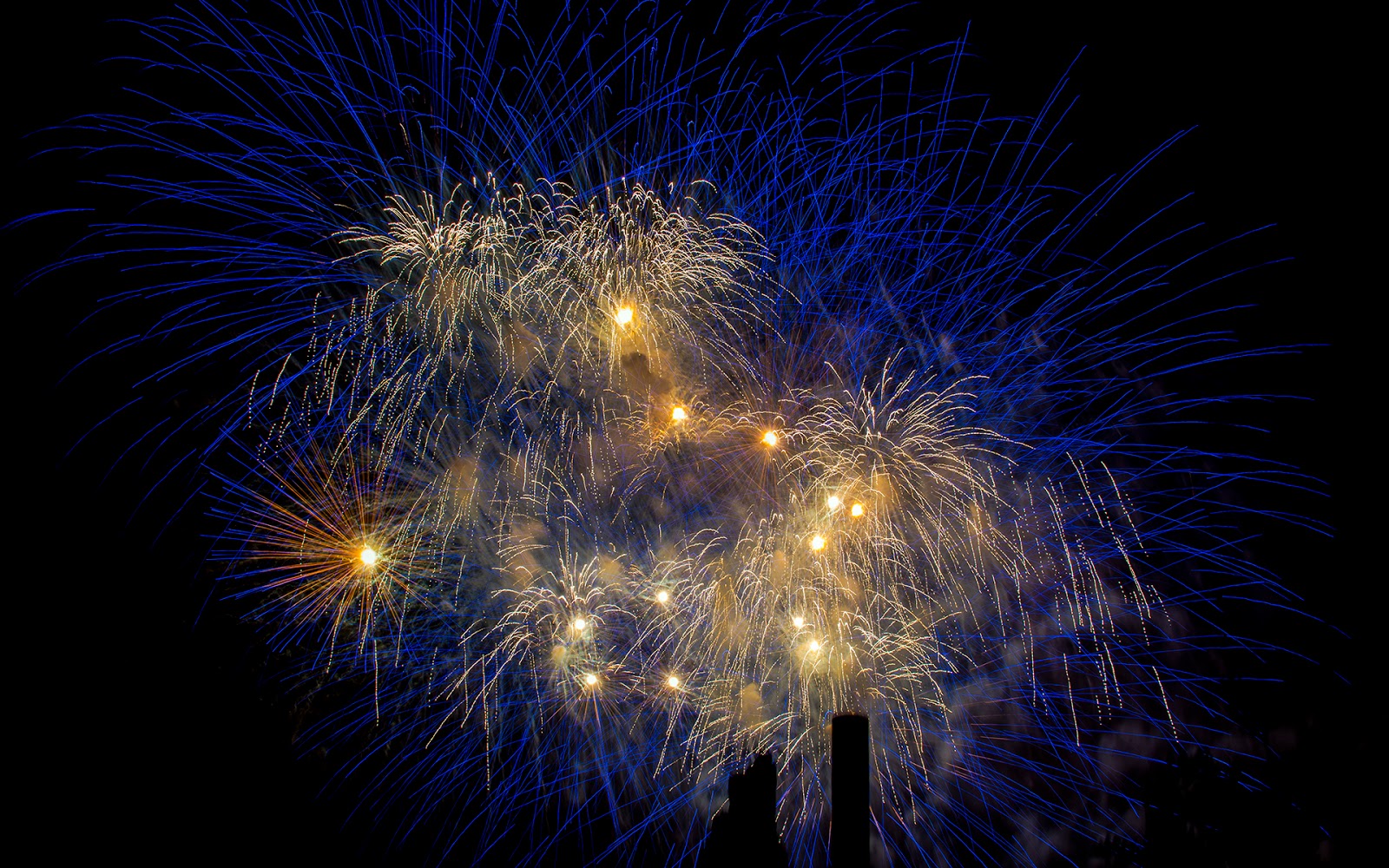