Like many other Disney parks, Shanghai Disneyland has a Buzz Lightyear shooting ride, titled "Buzz Lightyear: Planet Rescue."  But unlike the others, which are roughly clones of each other, this Buzz Lightyear ride has a fairly unique design and set, with vibrantly luminous scenes and vivid style.  The storyline and mission remain roughly the same.  The evil Emperor Zurg is attacking the planet of the Little Green Men, and riders need to help mount a counter-offensive.  The guns are mobile, and there's even a new built-in laser sight that makes targeting almost too easy, especially compared to the other iterations.  Still, this is a very fun ride that is visually stunning and definitely worth an experience even for those who have ridden Buzz Lightyear attractions at other Disney parks around the world.

Here are a few pictures from the ride, which I tried to take while also shooting along with my blaster at the same time. 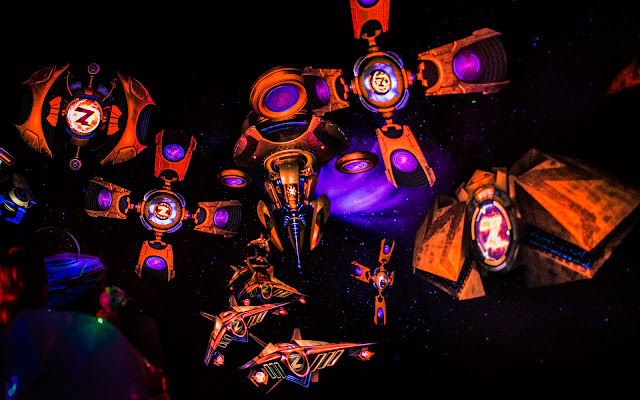 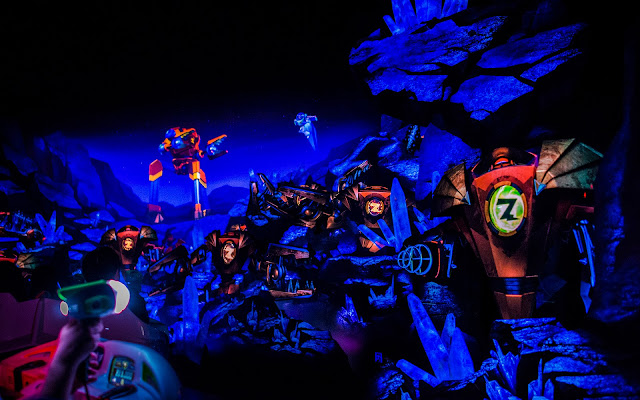 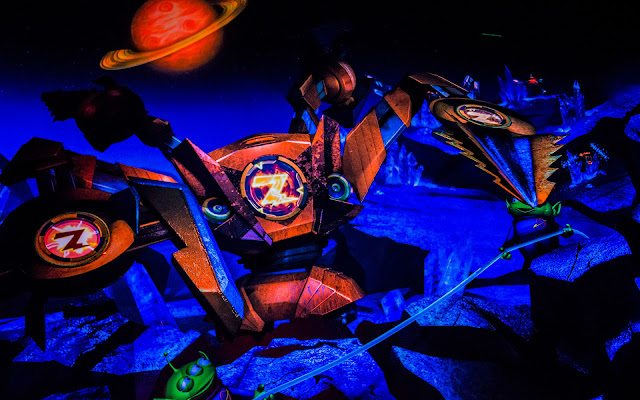 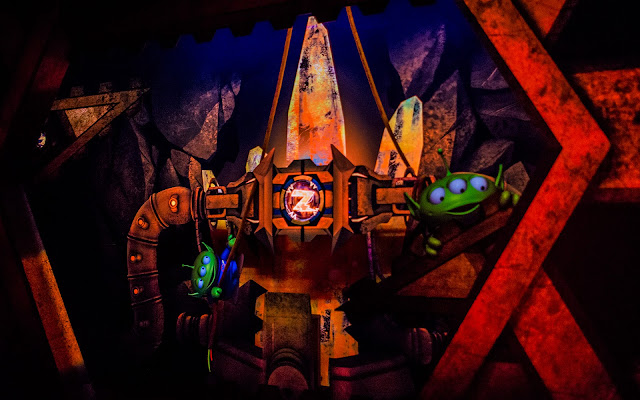 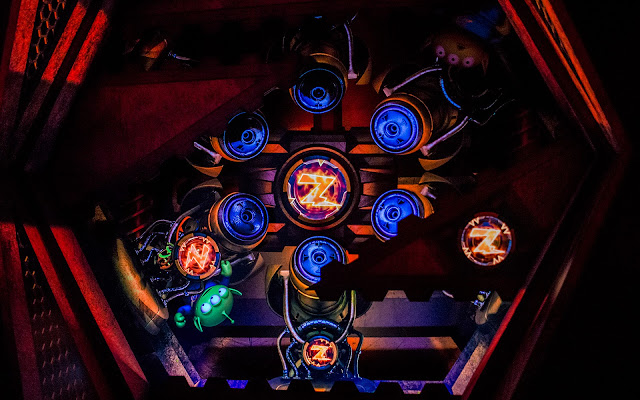 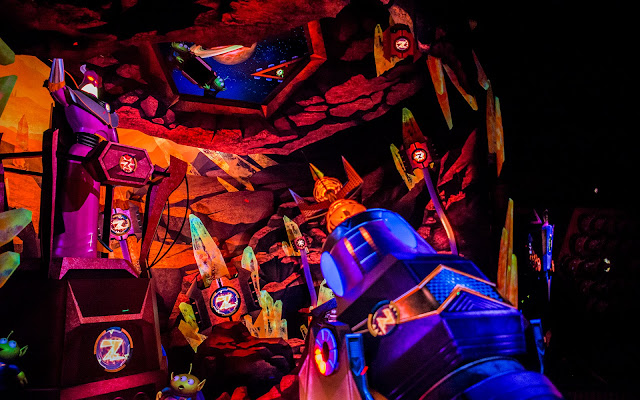 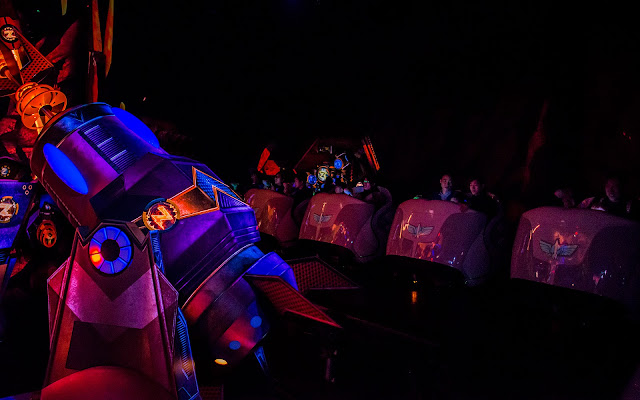 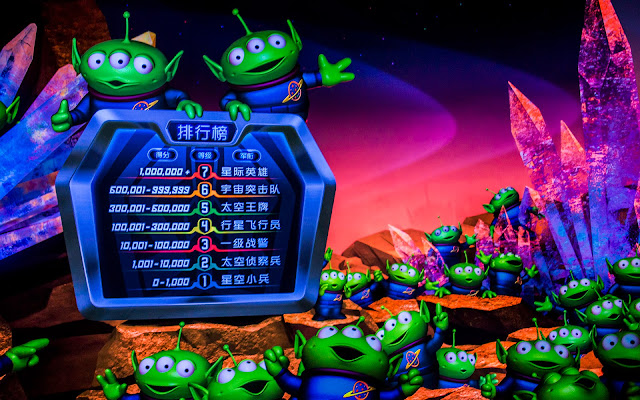 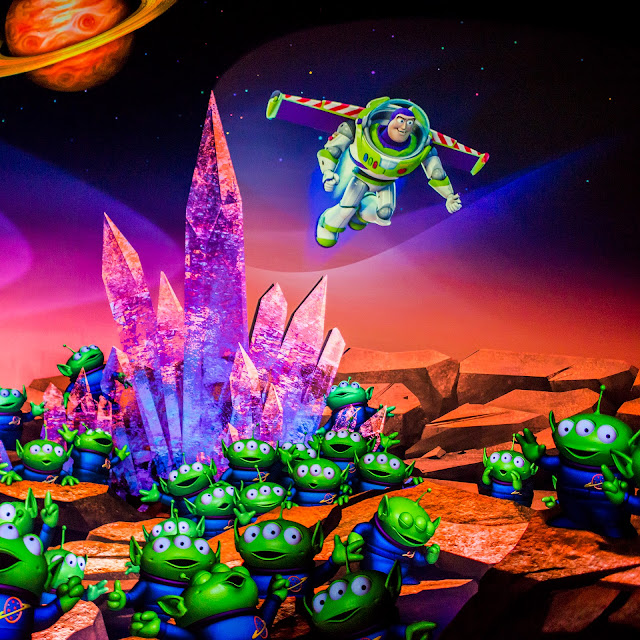