Holiday decorations manifest themselves in different ways throughout Disney California Adventure, and sort of surprisingly, are spread throughout a greater percentage of the park than at Disneyland Park.  And it's sort of fun to see what character they take in each area.  Over in Grizzly Peak, with its rustic wilderness, a good part of the decoration comes in the form of colorful lanterns hanging from the trees.  This ambiance doesn't really show up as well in photographs as it does in real life, walking underneath and seeing the shift of the illumination.  But they're a cool sight, giving some holiday vibrance to the area, and I don't really see them featured often either.  As the holiday season winds down, I thought it might be nice to give a little recognition to areas that aren't normally at the forefront of the Disneyland Resort Christmas photo ops. 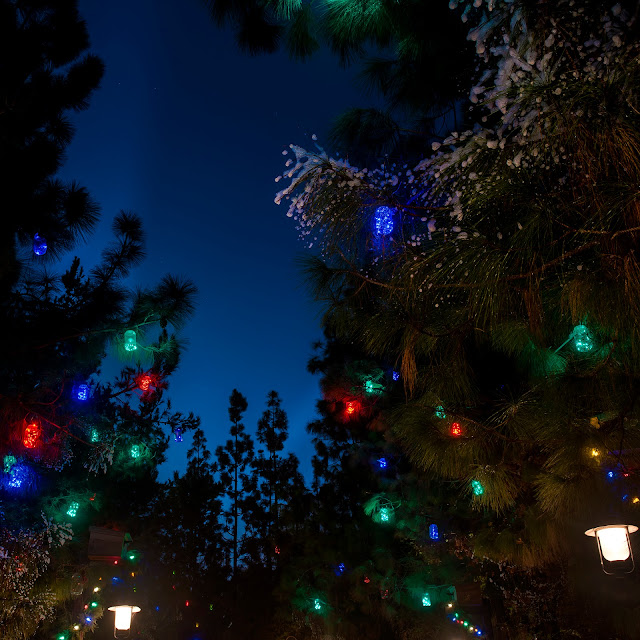