Of all the Magic Kingdom parks, I think Disneyland Paris is the most whimsical and fantastical and wondrous of them all.  Built in a continent that is the home of the very fairy tales that Disney has adapted, with a rich history, architecture, and culture that in real life would give Disney's ambiance a run for its money, this park was challenged to nevertheless capture the dreams and fantasies of the brand while standing out from historical attractions with which its target audience would already be familiar.  To do that, Disney turned to worlds that never were, and imaginations of romanticizations of lands near and far.  All of this starts right at the entrance, with lush landscaping, opulent architecture, and inspiring art pieces.  From the get-go, they set the tone for a truly transportive Magic Kingdom park--to me, even more than the rest of them! 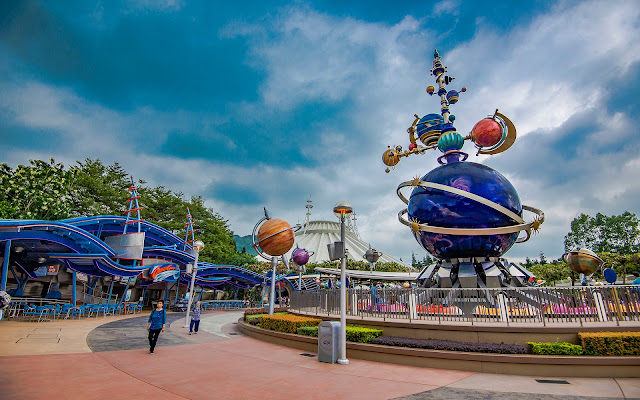 Orbitron at the Ready