Anyone know what this sign that bears a striking resemblance to those Mars Attacks! aliens is doing in Black Spire Outpost?  Does it symbolize a secret merchant, or something sinister, or some mythology?  It's not overtly related to any of the shops on Merchant Row.  But it's clearly deliberately there.  I wonder what its story is?

EDIT: A friend pointed out that it looks like an abstraction of a Bith (i.e. Mos Eisley Cantina Band aliens), which would make a lot of sense, since it's near the Treasures of Bith store. 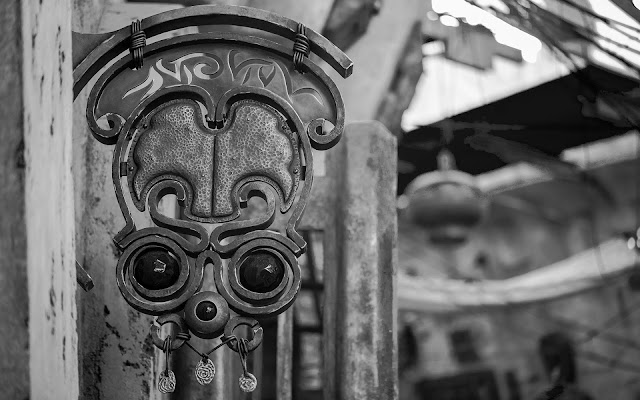