Rex to the Welcome

They're kind of all over the world now, but once upon of time, there was only one Toy Story Land, and it was in Walt Disney Studios in Paris.  Opened to try to expand a park sorely lacking in attractions and amenities, it didn't exactly blow anyone away.  It was basically a Toy Story version of A Bug's Land in Disney Calfornia Adventure--a stopgap built on the cheap to try to enrich a park built on the cheap.

That said, there are certain elements that are kind of charming, like this Rex statue and photo op. 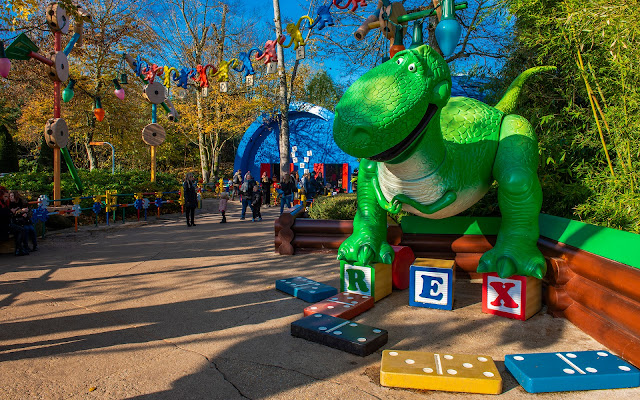 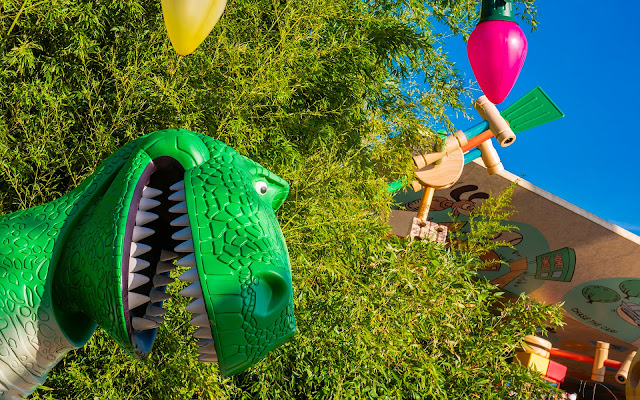 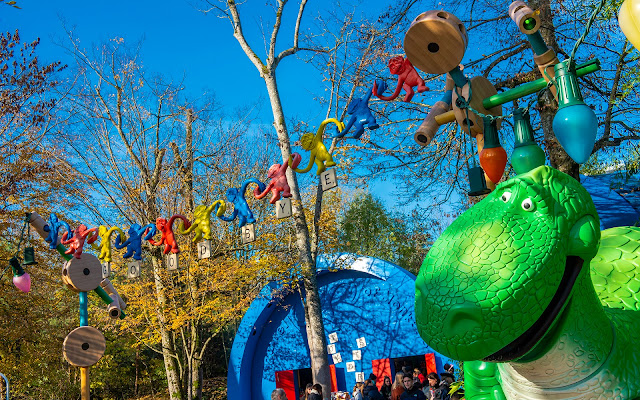