Quinjet at the Ready

Alright, now we're out of the holiday season and done with Christmas photos.  At least until November rolls around!

Today, we're going back to non-seasonal posts, and we're starting off with some catching up from Avengers Campus, which opened last July.  Unfortunately, I didn't make my first post-COVID closure visit until Halloween Time had begun, limiting the number of photos I could post from Disney California Adventure's newest themed land.  While Avengers Campus is somewhat small--occupying the territory of the former A Bug's Land plus a bit of co-opted Hollywood Land area (around Guardians of the Galaxy - Mission: Breakout!--it packs a good amount of sights and action, with a sorts of different areas devoted to different Marvel superheros.

But the focal point of it all is the main plaza space, where guests can catch an action-packed stunt show at the Avengers headquarter building.  And sitting atop the futuristic structure?  A life-sized Quinjet like the aircraft piloted by Earth's Mightiest Heroes.  It's a great backdrop and photo op for Captain America, Black Widow, Thor, Black Panther, and friends, especially after they've dispatched their enemies, and today, I've got a few different angles of the icon that will eventually become the focal point of its own E-Ticket whenever Phase 2 of the Avengers Campus expansion commences.  For now, though, we get to enjoy a really cool looking plane! 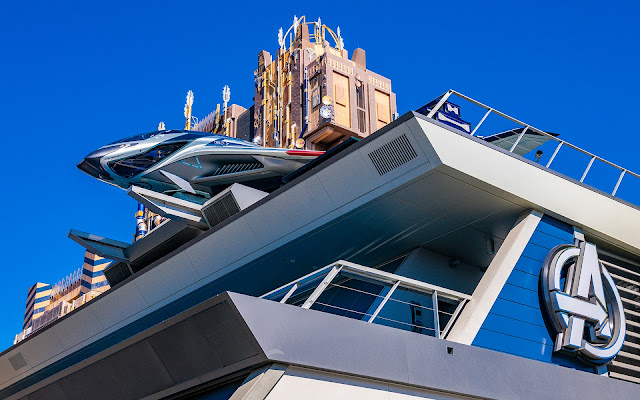 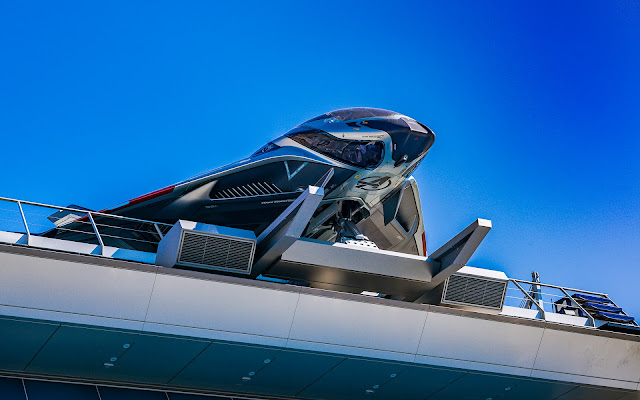 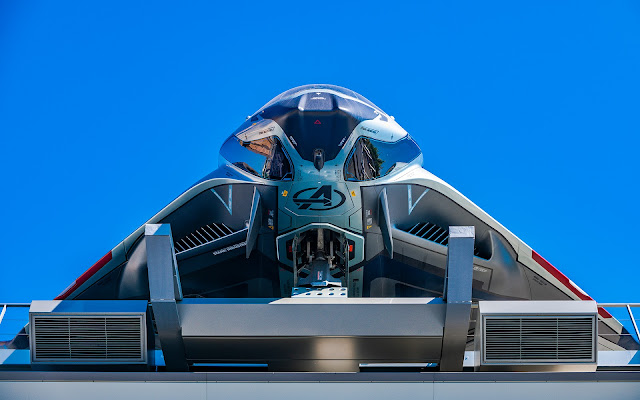 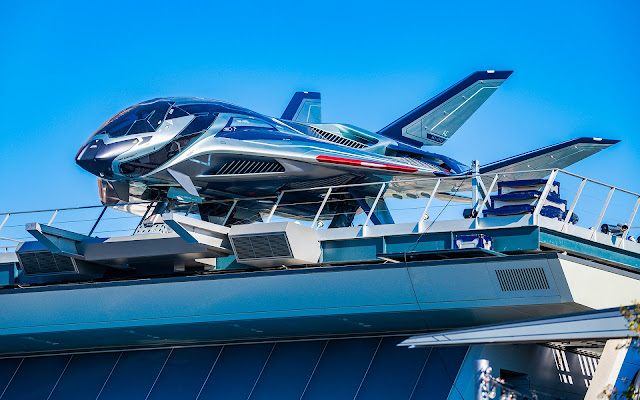 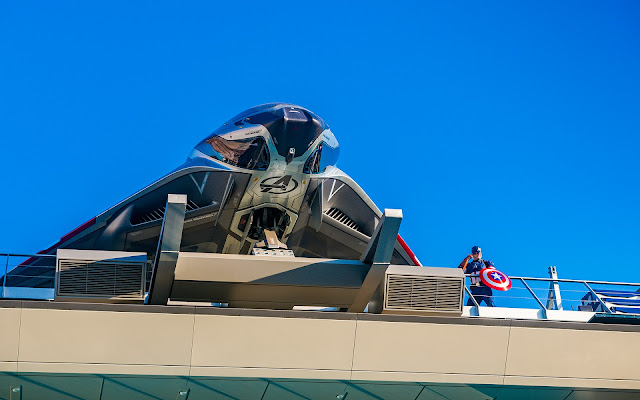