Santa by Day, Santa by Night

Last year was the first time in a while that I watched A Christmas Fantasy Parade.  Though I enjoy parades and entertainment, this one had just never piqued my interest.  But given that last year as a return to the parks after COVID and served as the first parade back after COVID, I was excited to take in this long-running holiday favorite.  The parade hasn't changed a whole lot over the years, and it's also one of the longer Disney parades.  And at the end, the star attraction is Santa Claus, riding in his sled that's stuffed full of toys for the good little children, waving hi to his fans.

I thought it would be a nice juxtaposition to feature a few photos of him in the afternoon session of the parade and some more of him at night.  Each has its own charms, though I'm partial to the evening photos because Santa traditionally comes to visit at night--which kind of makes him a vampire, in a way! 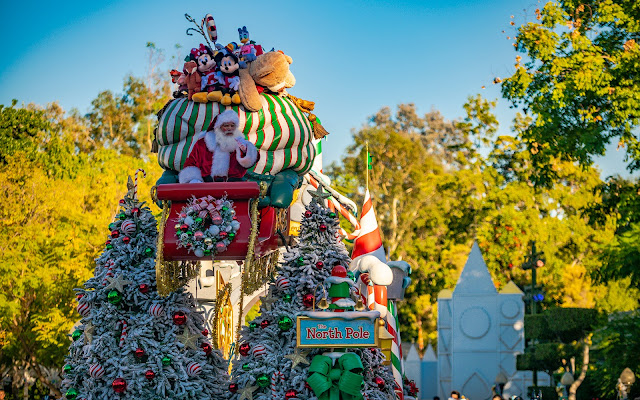 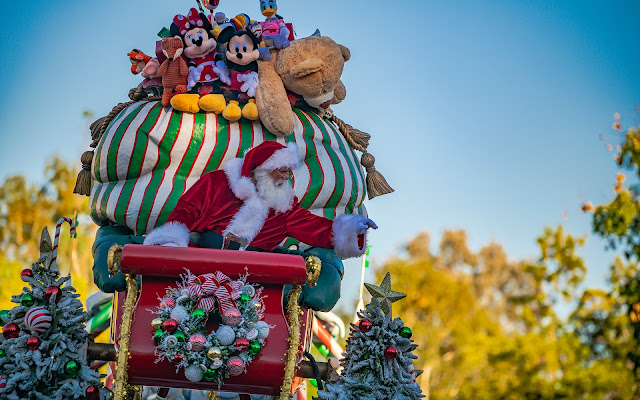 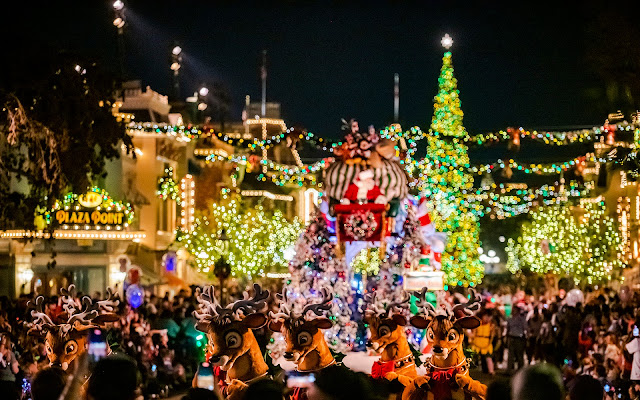 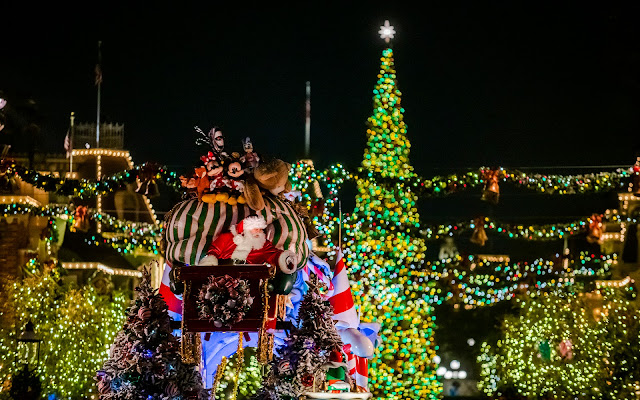 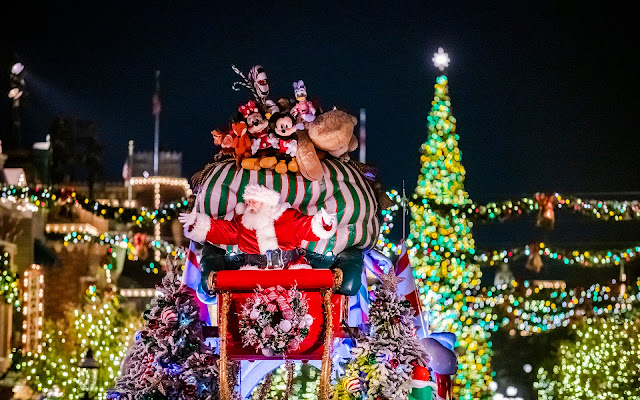 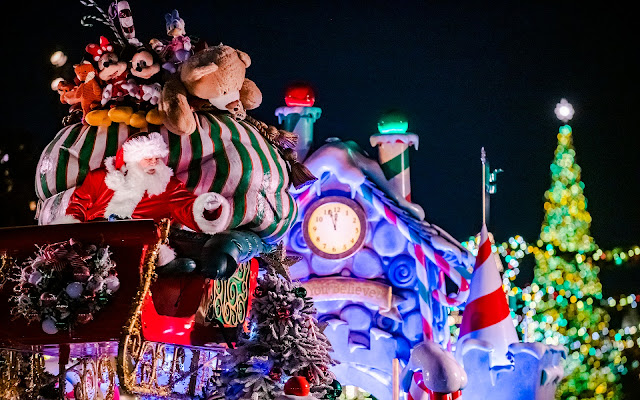 A Rainy Evening in Adventureland