I'm sure someone out there has done this shot before, but I've never actually seen it on my own online perusals.  On a night where I decided to have some fun with long exposure shots--with help from my tripod and a trusty Nikon remote, I was photographing Cars Land when it occurred to me that as the Radiator Springs Racers cars were hurtling over the hill, I could capture a neat streak of light if I turned my attention toward the ride.  It took me a few tries with different exposures before I got something that wasn't so bright as to overexpose the rockwork and the sky, yet not too dark to prevent an adequately bold light trail.

The resulting photograph was shot on a 4 second exposure, at f/5.6, at 100 ISO, creating a nice "light painting" via the Racers cars.  Further processing in Photoshop helped sharpen the red hues of the Cadillac Range, which still had looked a little pale in unedited form, and extra contrast and saturation was bumped in to cast a nice juxtaposition between foreground and background.  When all was done, I thought to myself, "this is cool... it's kind of like Tron!" And thus, a post title was born! 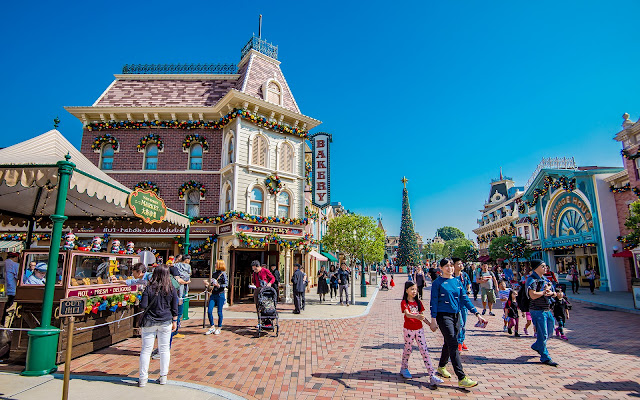