I owe credit and inspiration for the photos below to Michael Greening and Abraham Valentin.  From Abraham, I got the idea to shoot the Disneyland fireworks from the angle of Buena Vista Street, in front of Carthay Circle Fountain. From Michael, I got the idea to take a [relatively] empty shot to use as a base over which I could mask in shots from the fireworks beyond.  Unlike Michael, on this night, I did not have the patience to wait several hours until the park was literally empty before taking the base exposures, so I fudged and just made sure the foreground was mostly empty.  As you can see from the series of photos below, the foreground comes from the same composite image, into which I add the fireworks from several different shots.

They don't come out as well as Michael's painstaking composites, but these were a fun little exercise done in far less time, and perhaps they can be an idea to a photo series readers who are photographers might want to try! 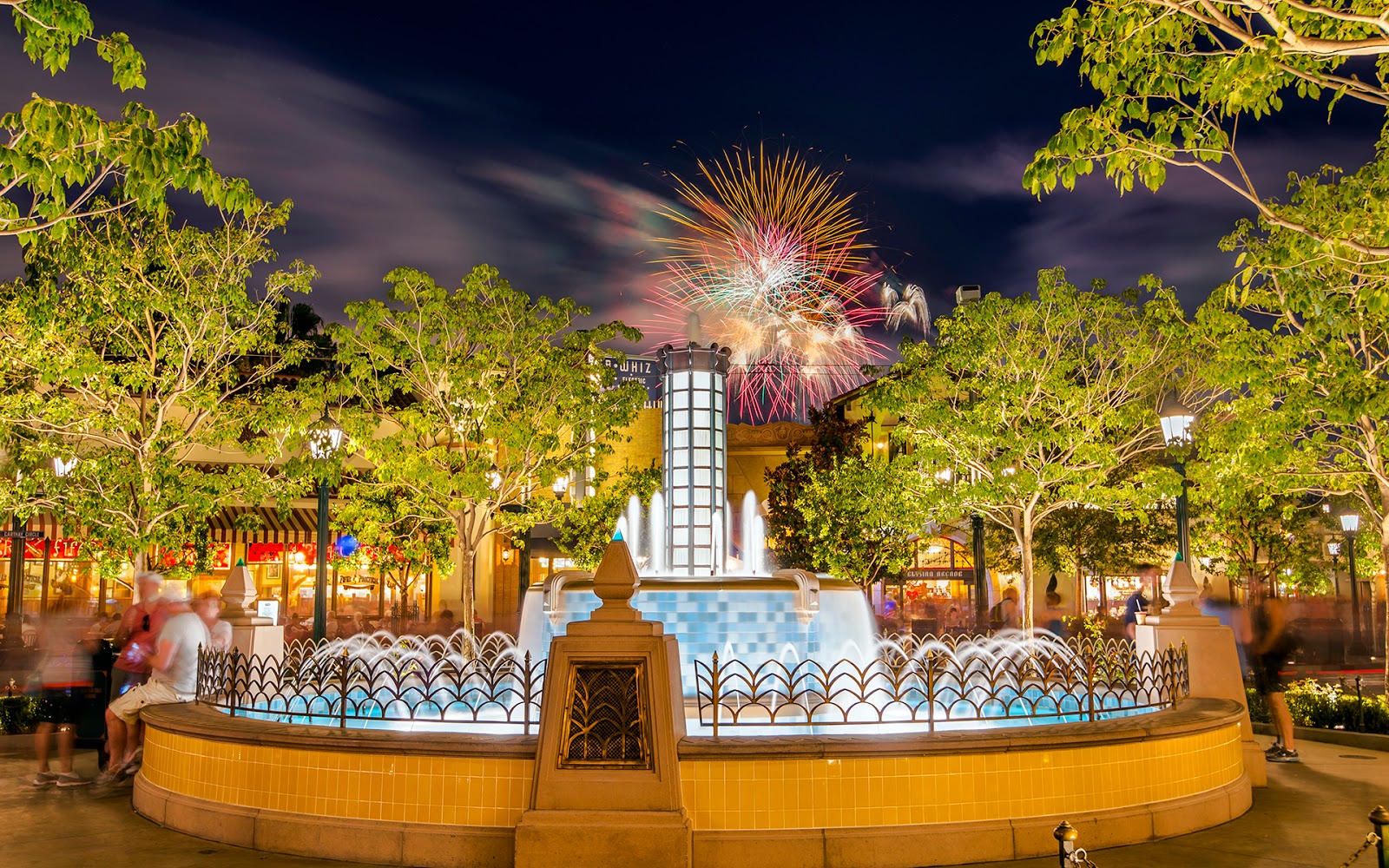 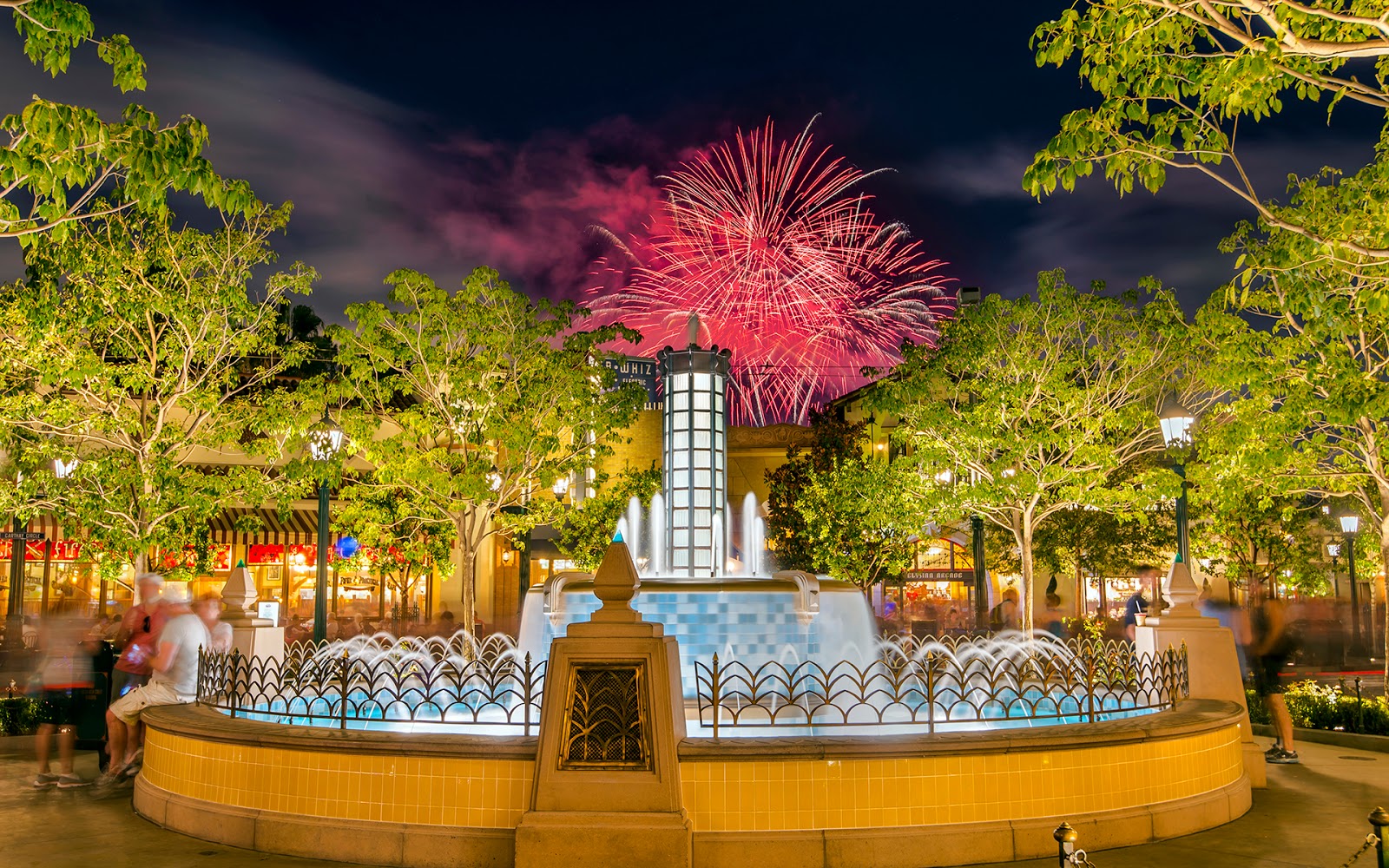 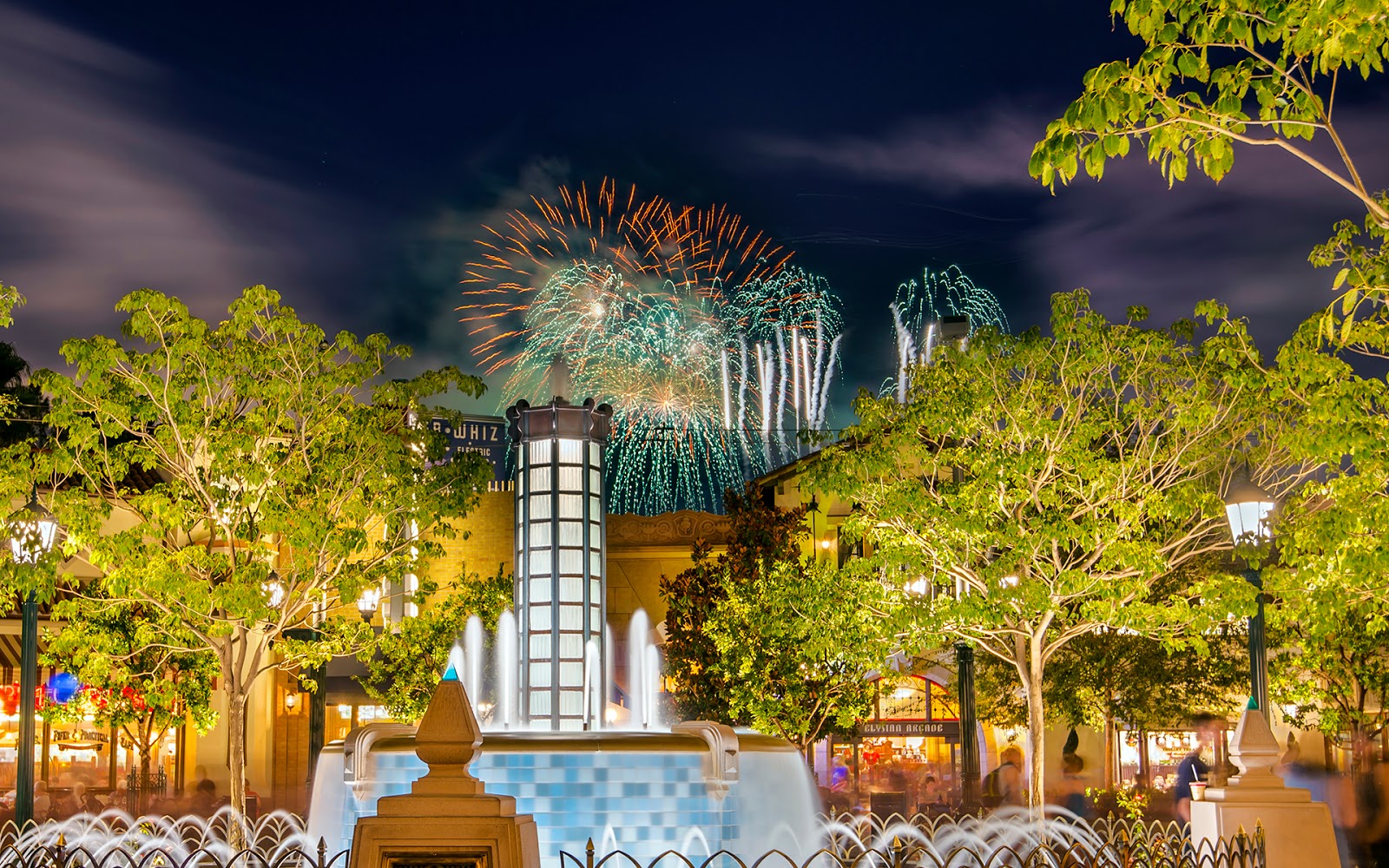 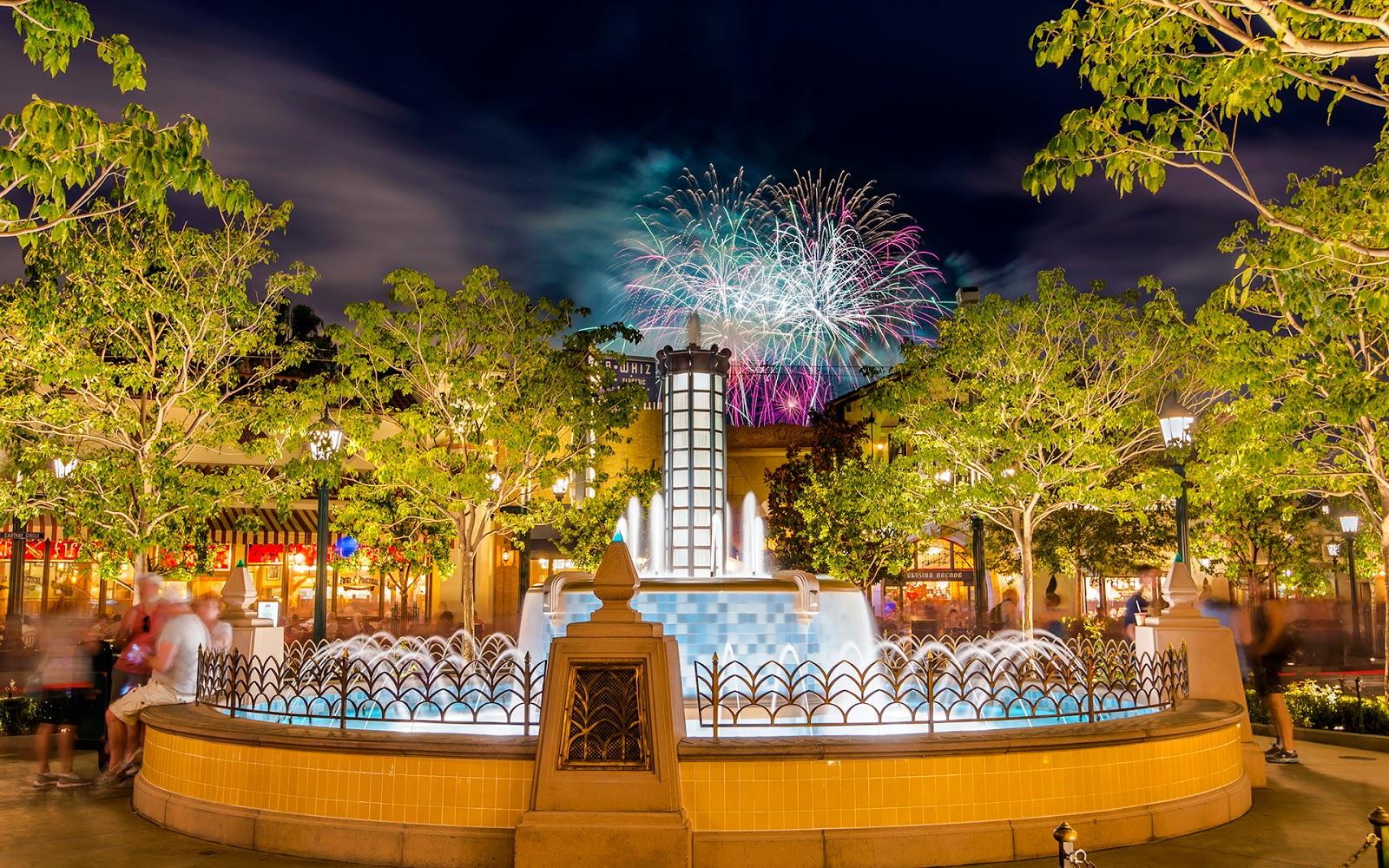 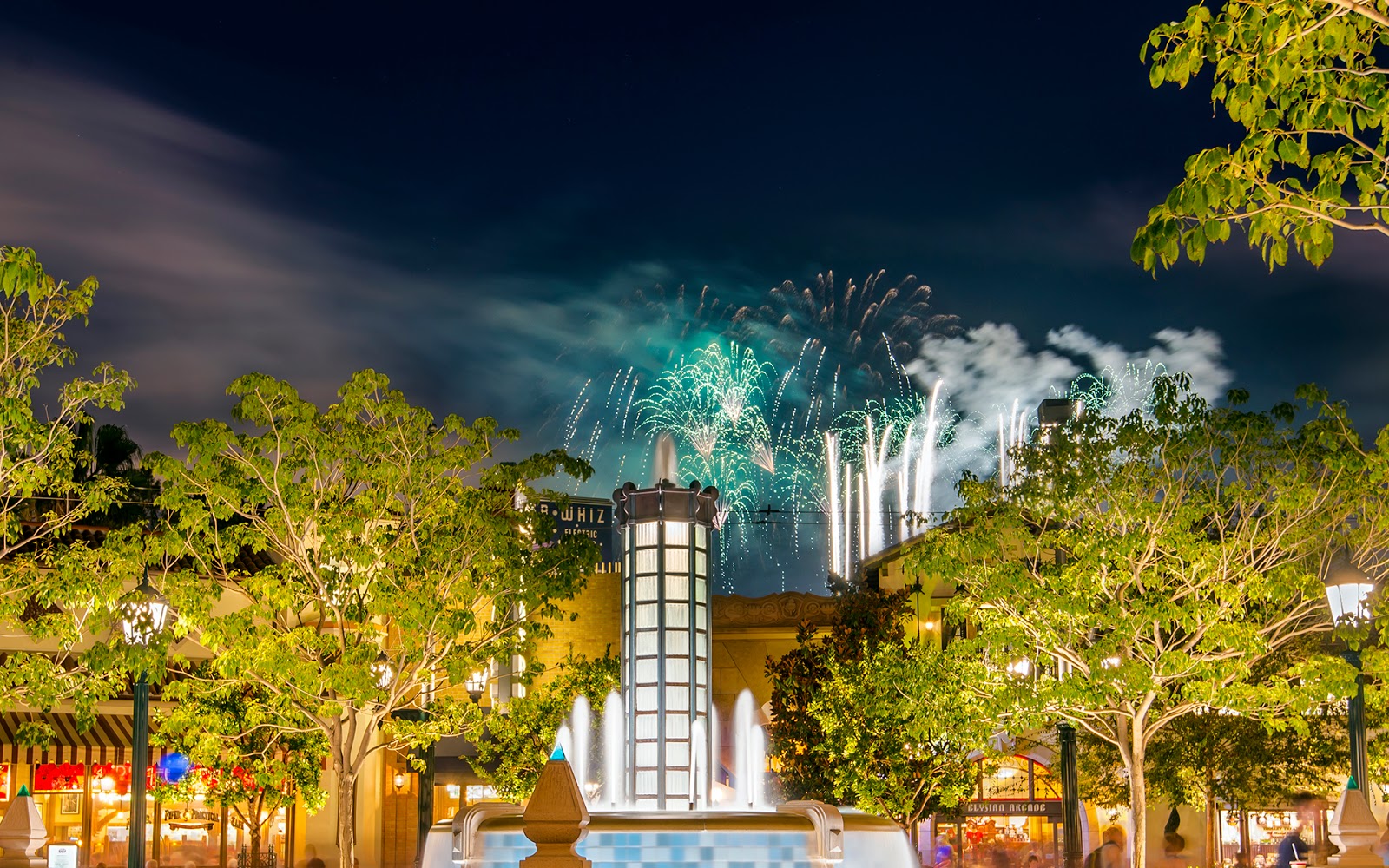