Last Saturday was the soft open debut of "Frozen Fun," a collection of meet-and-greet's and activities in the backlot portion of Hollywood Land, culminating in the "Freeze the Night" dance party that replaced the former Mad T Party and ElecTRONica nighttime festivities that occupied the location previously.

This attraction doesn't officially debut until January; for now, the park is still finishing things up and testing show pieces, but the nighttime activities are pretty familiar to frequent goers of Disney California Adventure. They're just under a Frozen wrapping.

For this post, I wanted to share some photos from the Freeze the Night event, which is primarily a dance party for the whole family to enjoy.  However, there is also a dance exhibition put on by the "Ice Breakers" dance troupe, ice sculpture carving opposite the main music stage, and a meet-and-greet with Marshmallow over by where the House of Cards stage used to be, next to Studio 12.

And there is the obligatory singing of "Let It Go," done on this night by C.C., who co-emcees the event.  Love the movie or hate it because it's infiltrated every aspect of media, Frozen remains immensely popular, and the crowd on hand was certain with every chorus of this vocal performance. Here are some concert-style photos of the segment. 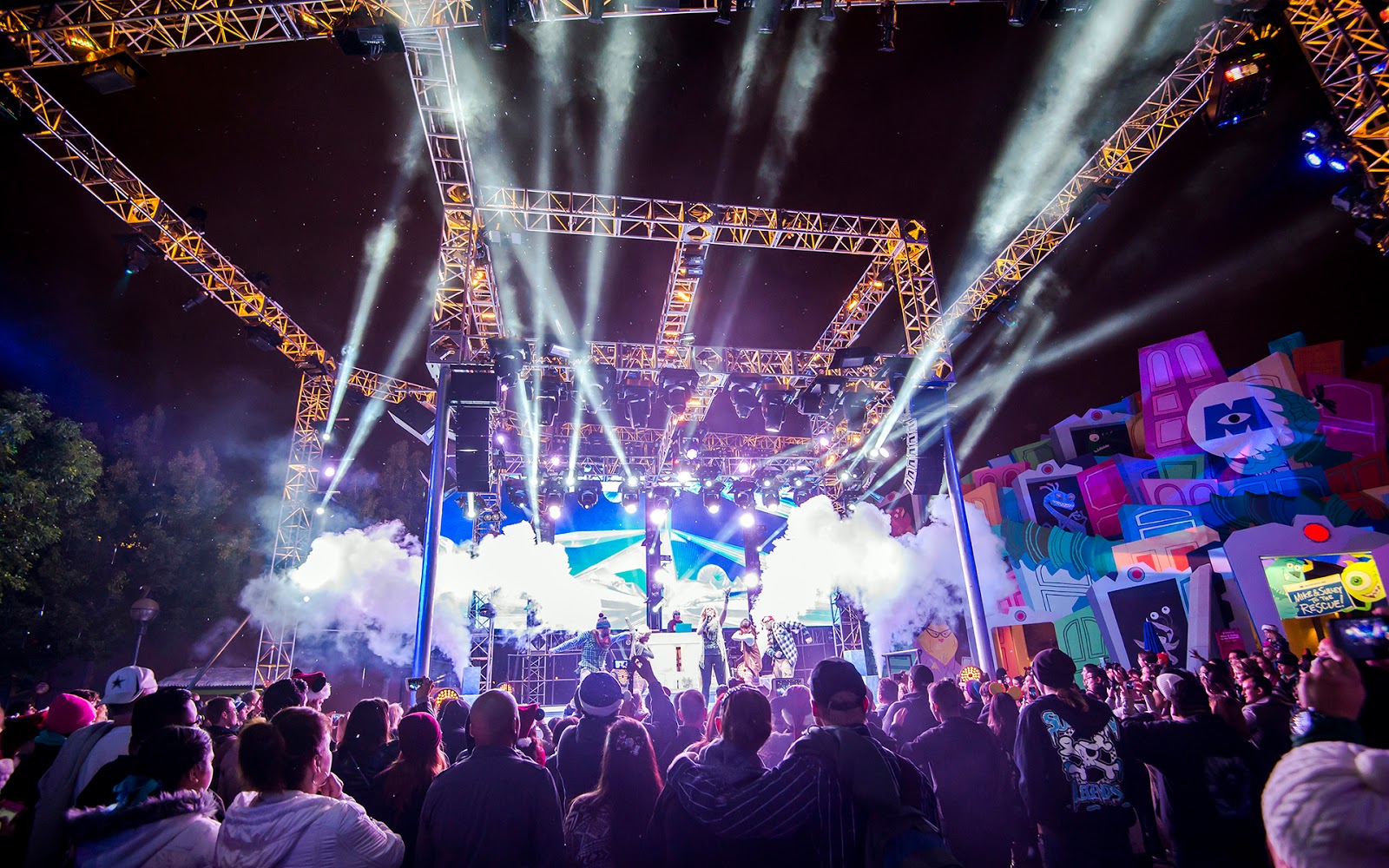 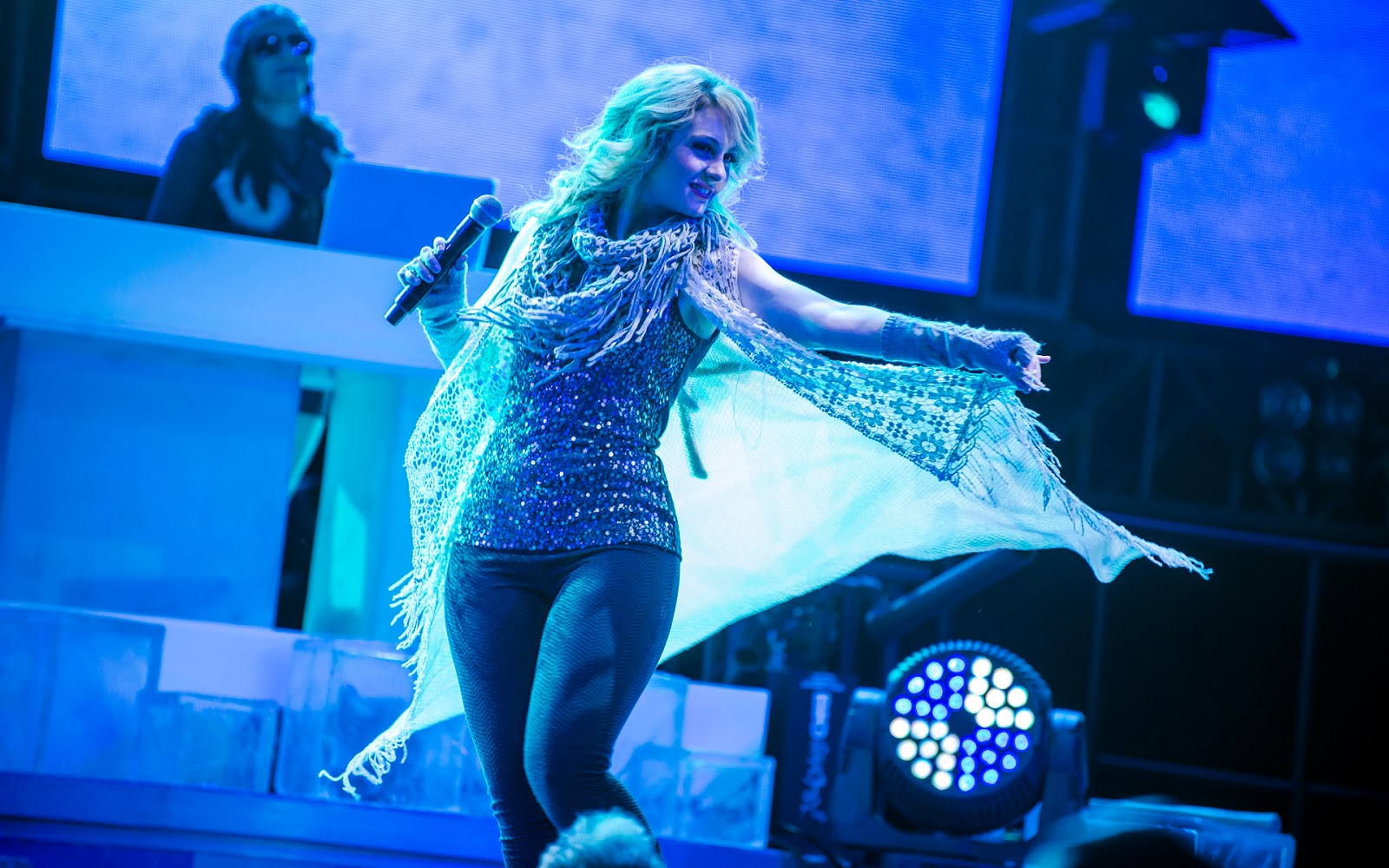 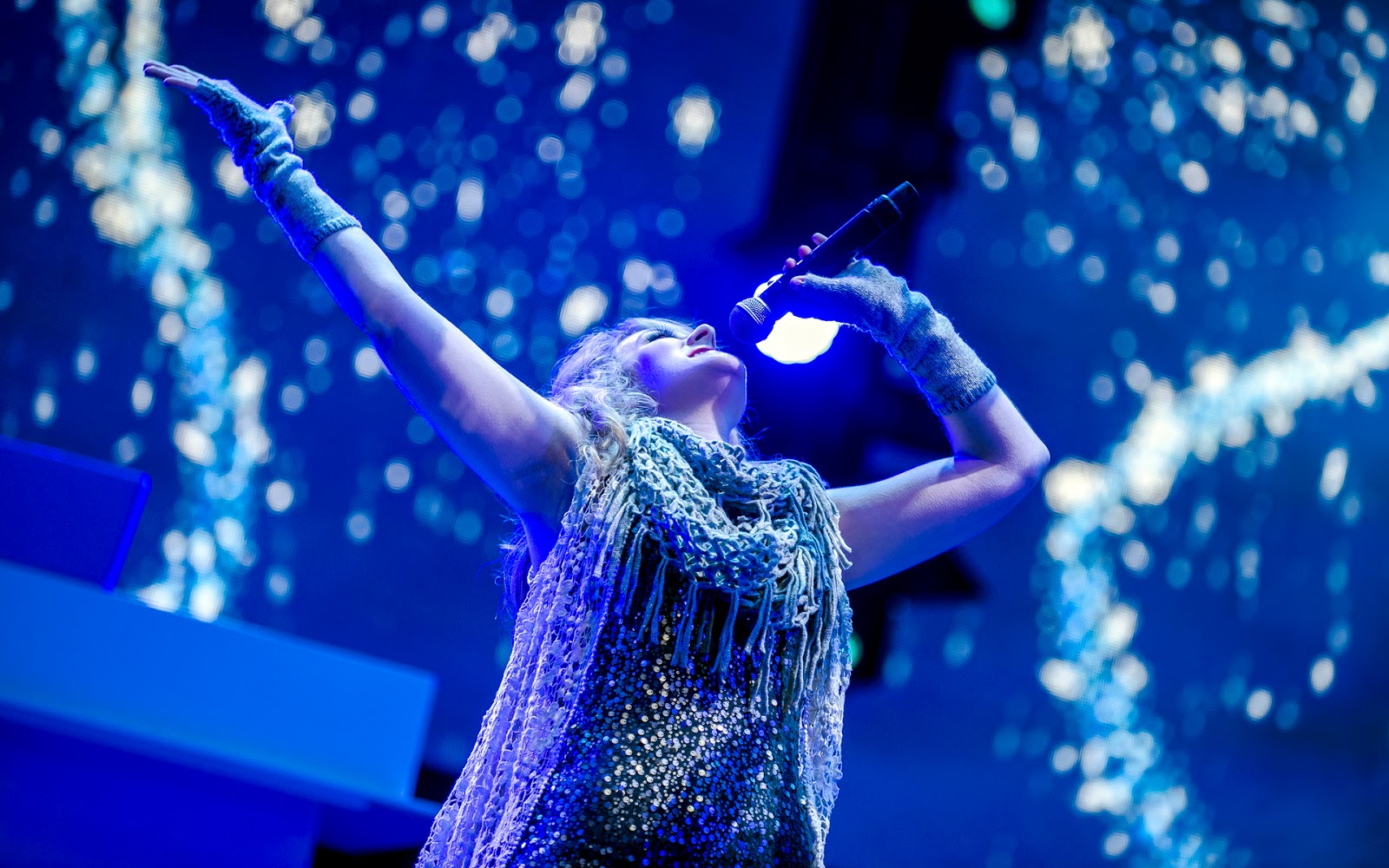 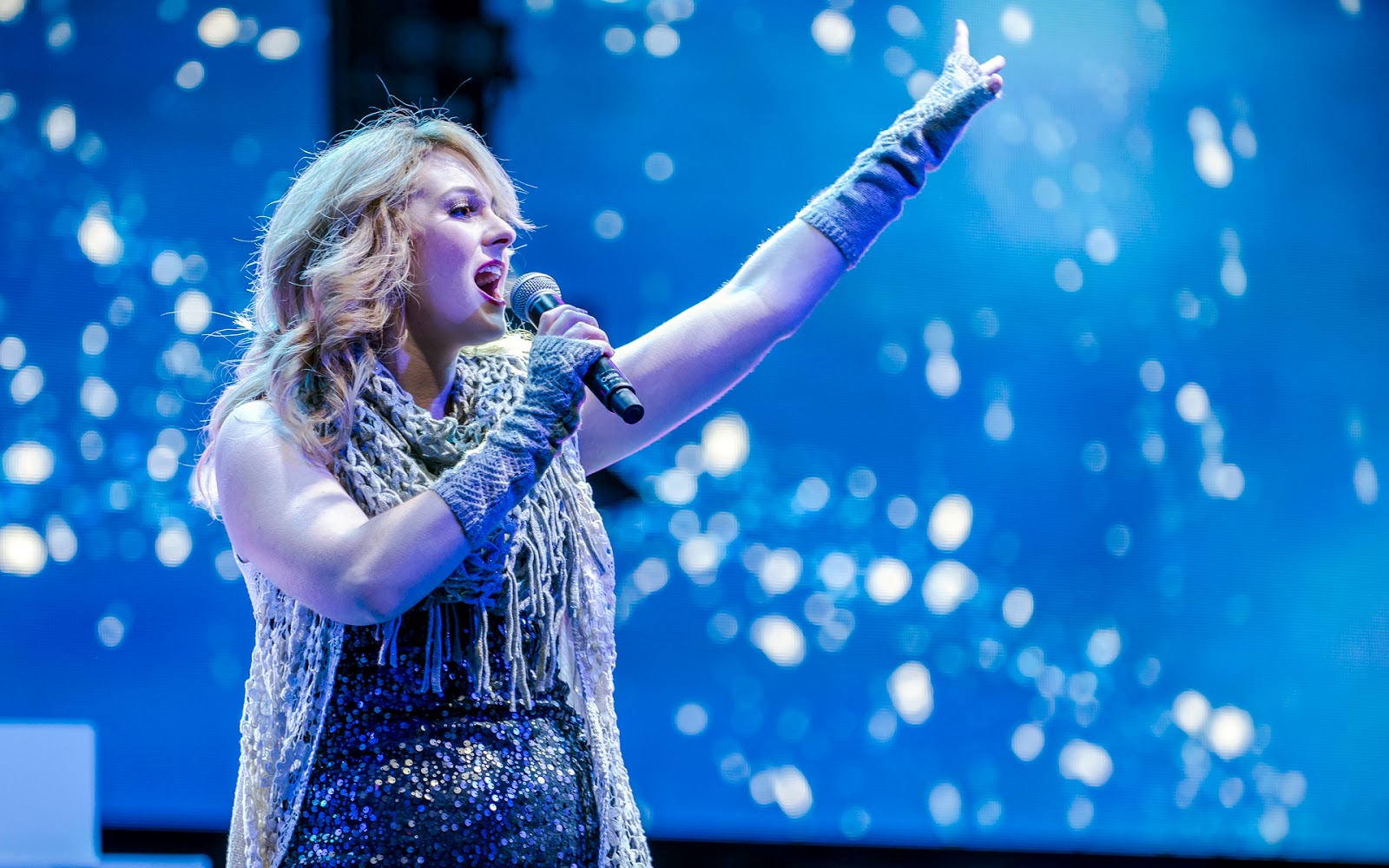 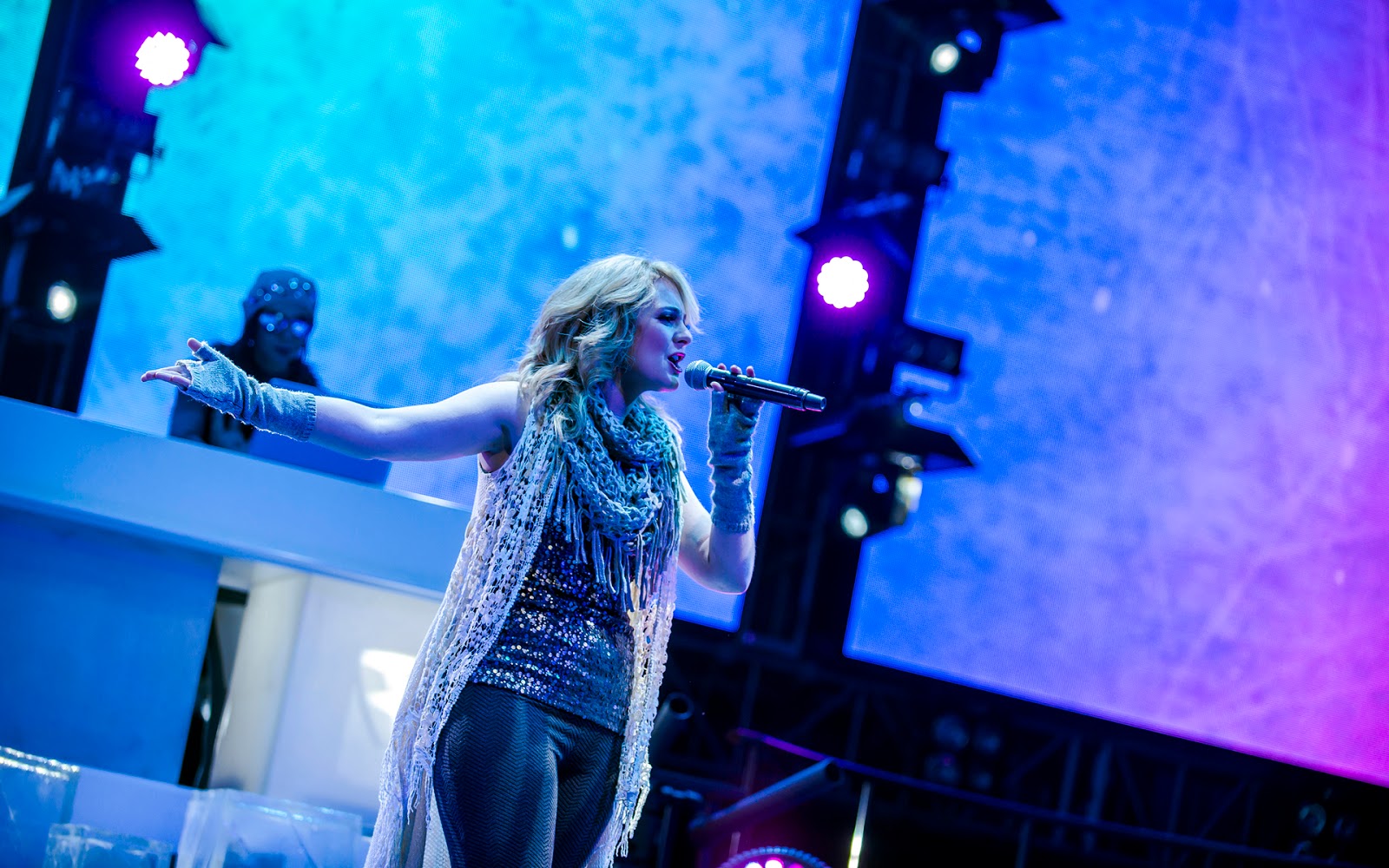 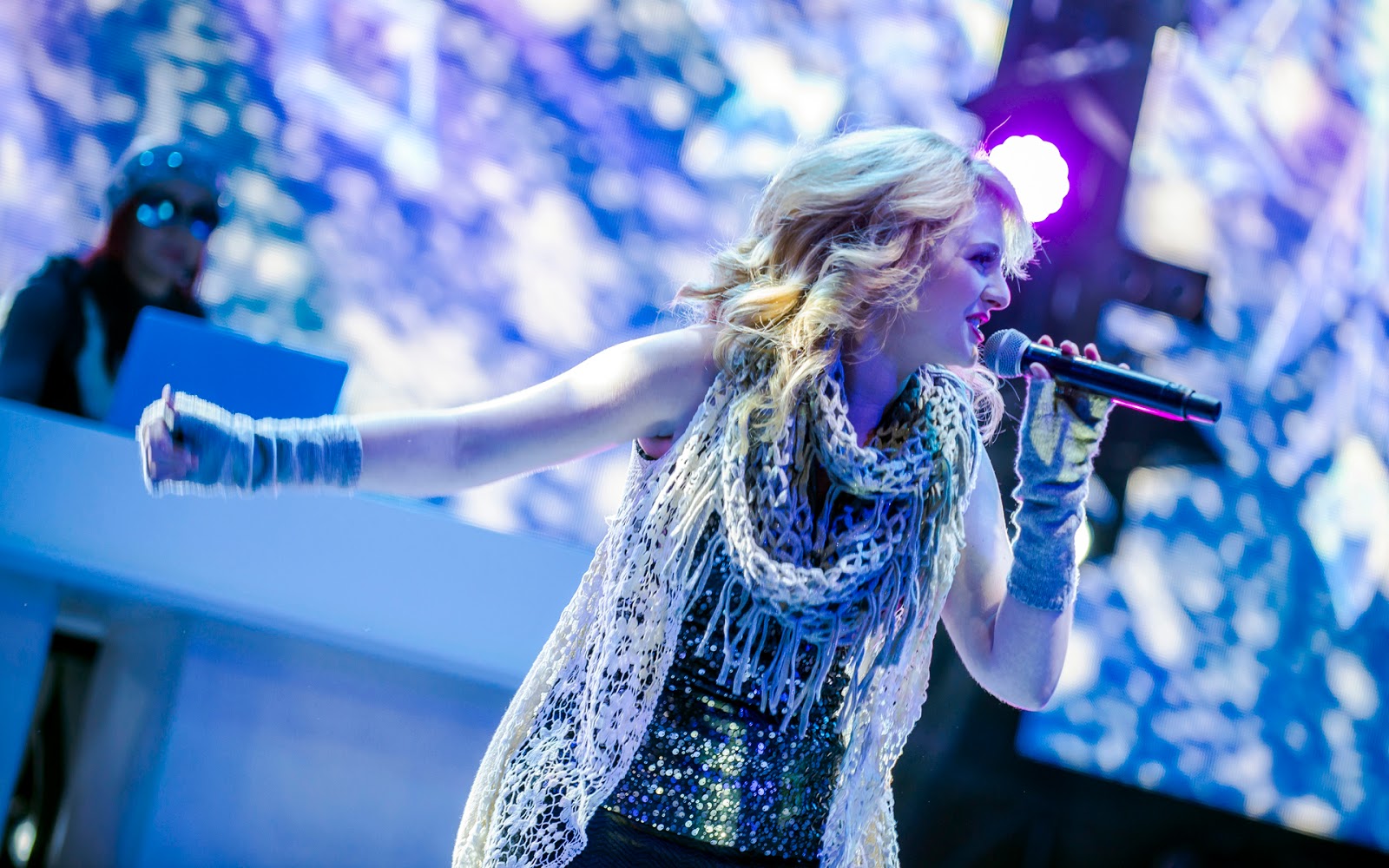 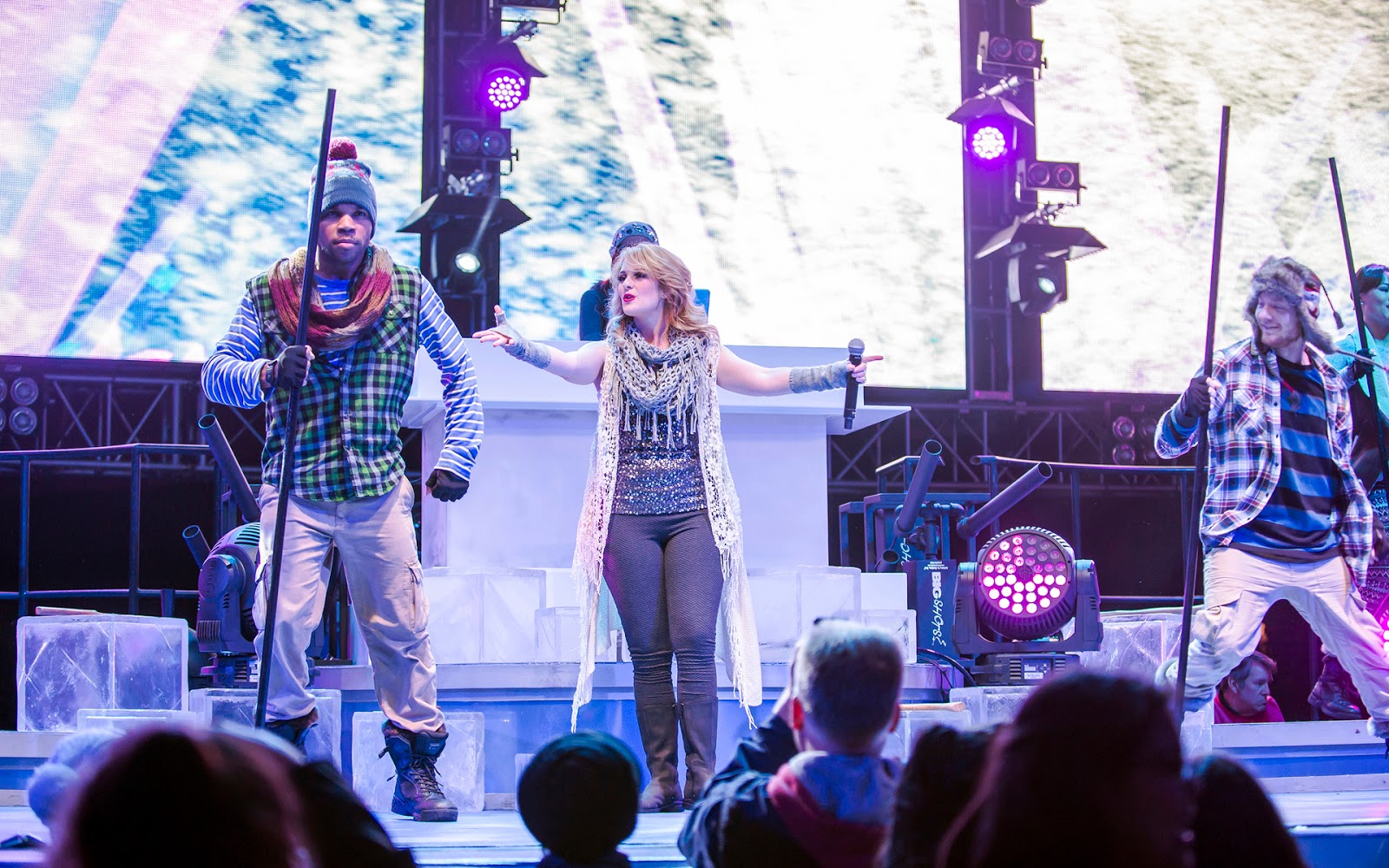 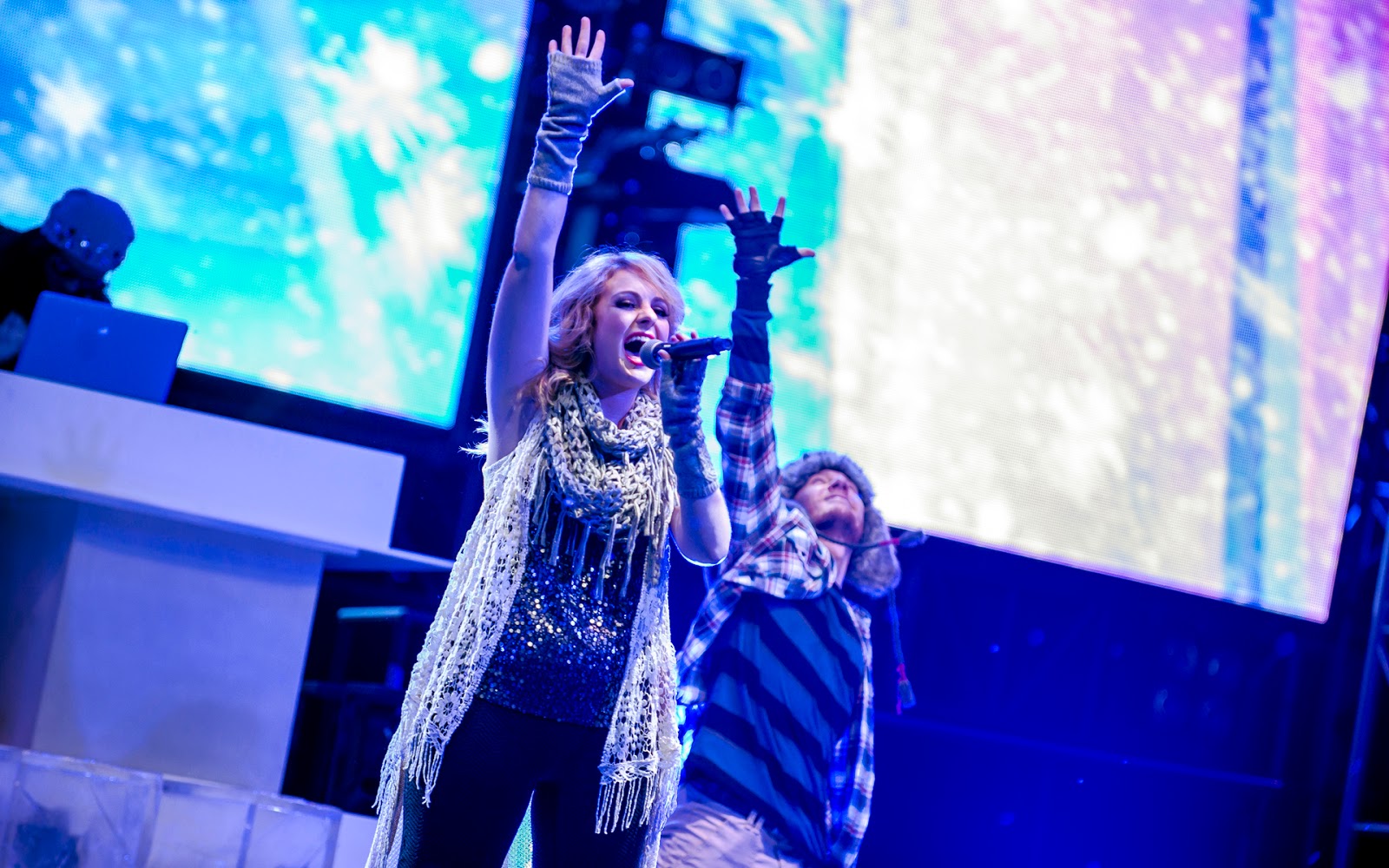 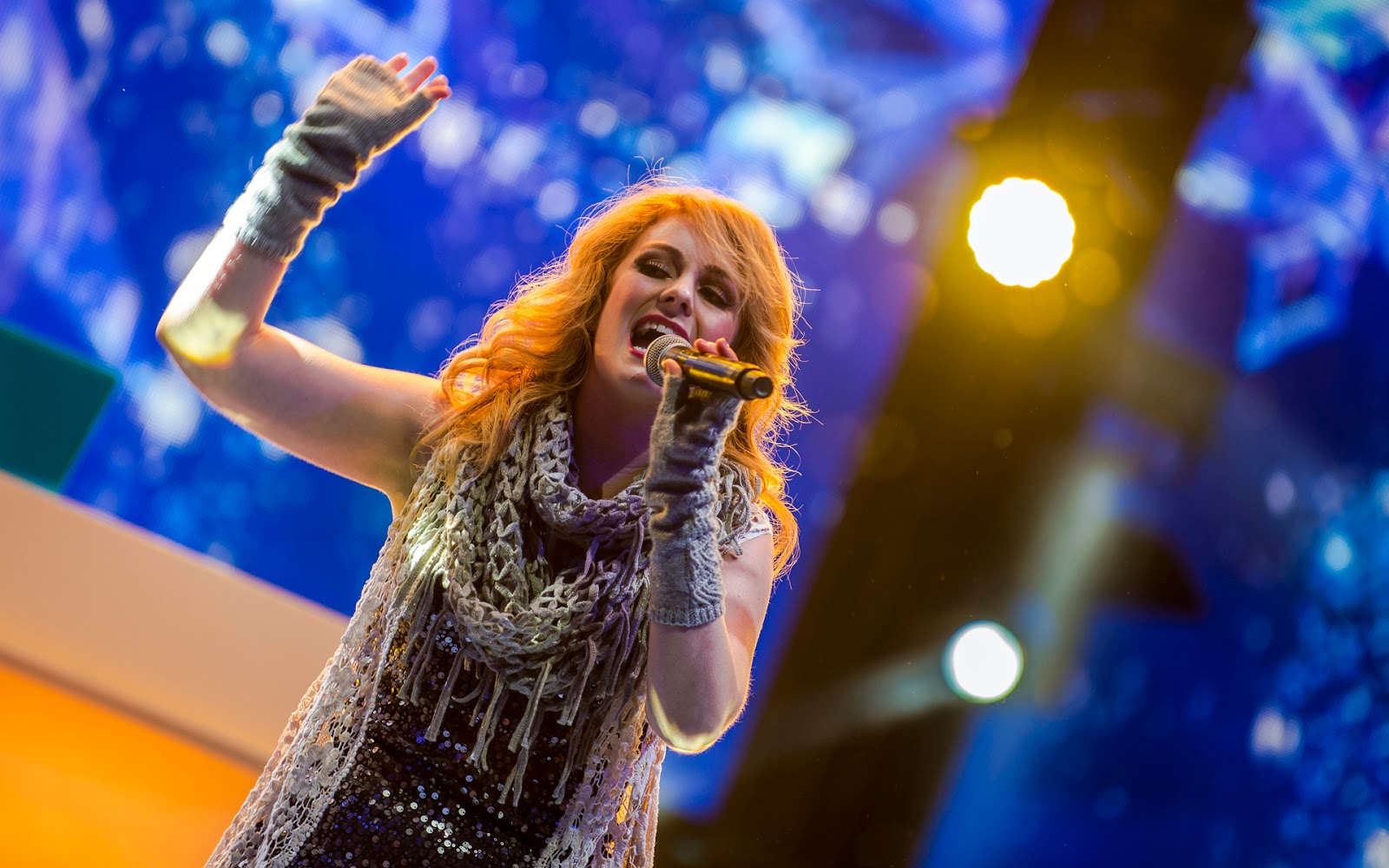 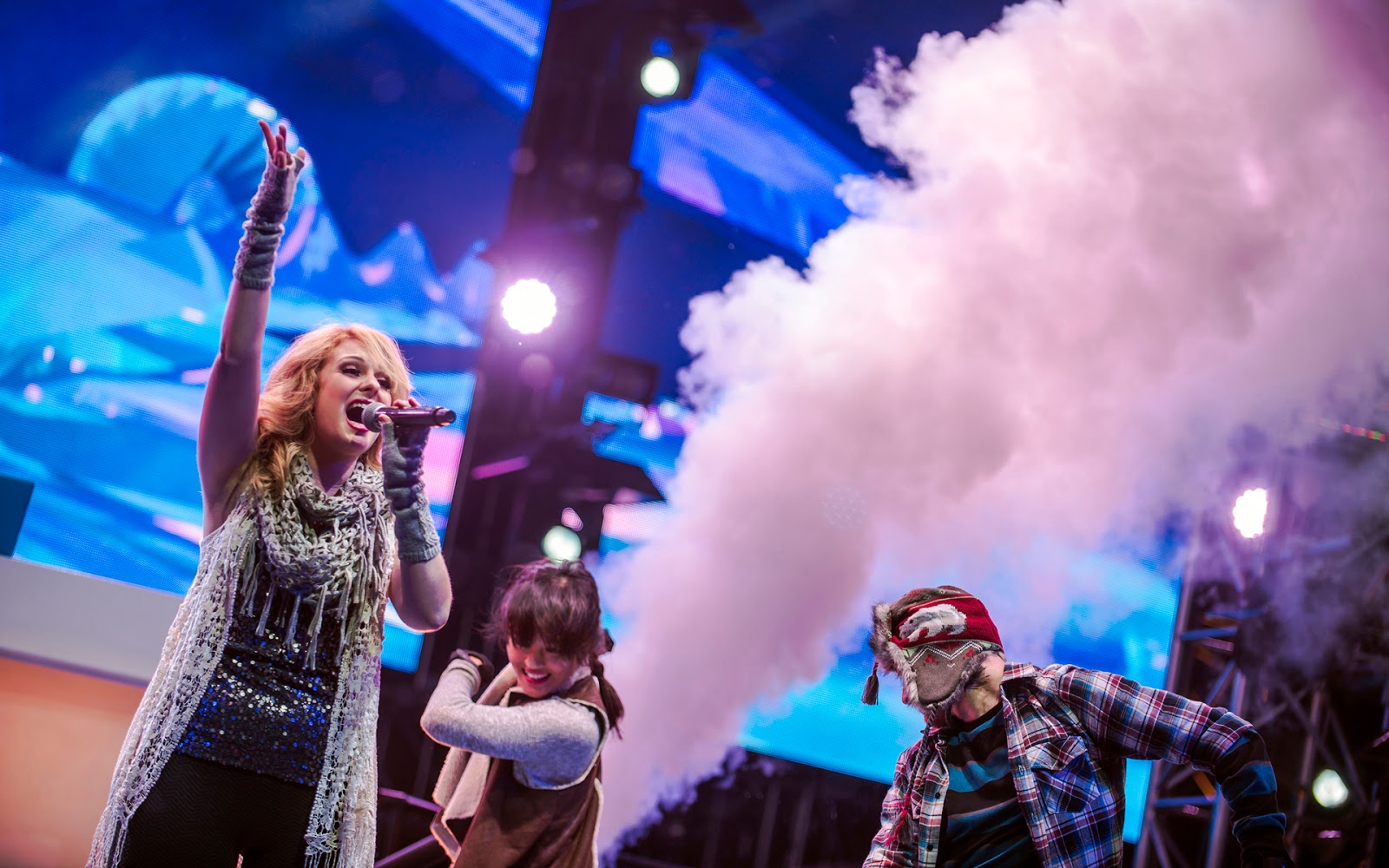