Down by the Gulch at Night

Grizzly Gulch is one of three new theme lands that opened in Hong Kong a few years ago, along with Mystic Point and Toy Story Land.  It's the park's equivalent of Frontierland, since Hong Kong Disneyland never actually opened with one, and it's also home to one of the most advanced rides Disney has ever created in the form of Big Grizzly Mountain Runaway Mine Cars, a runaway mine train roller coaster that goes forwards, backwards, up lift hills, and even has a lift.

At night, Grizzly Gulch takes on a hybrid appearance that feels a little like the child of Cars Land and Grizzly Peak at Disney California Adventure.  The impressive rockwork (complete with bear profile) is light in romantic cool tones, which pervade a sense of serenity.  It gives me intrigue at how various lands across the Disney parks around the world develop their own personalities that are familiar yet unique.  Pretty interesting, right? 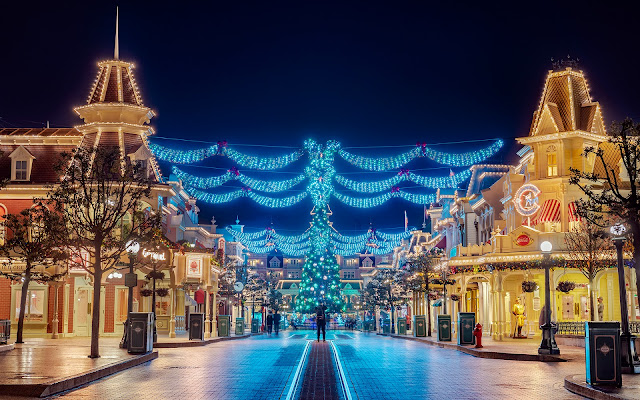 Waiting for the Shot