Paradise Christmas, By Day and Evening

Once upon a time, there used to be a Christmas tree at Paradise Pier.  This doesn't quite occur anymore, because since these photos were taken several years ago, the Cove Bar at Ariel's Grotto has expanded to take over the footprint where this tree once stood.  But it's nice to see a bit of how the park used to be.  And the tree in this location in particular was one of the most densely decorated in the entire resort, practically littered with ornaments so densely that hardly any evergreen could actually be seen.  I suppose that was to reinforce the pizazz of Paradise Pier?  In any case, it made for a nice scene both during the day and as night descended! 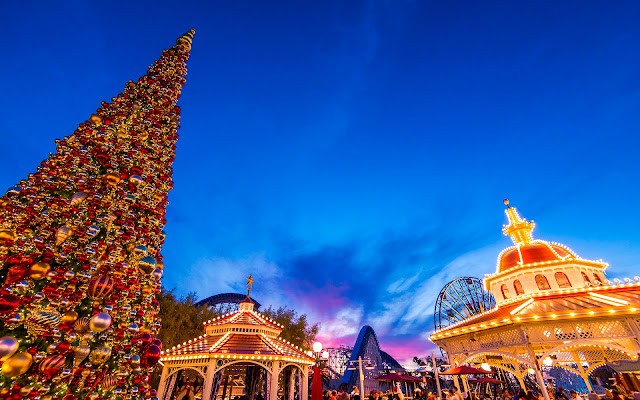