It's Always Sunny in Batuu

OK, so this title isn't true, because you saw from my first Star Wars: Galaxy's Edge post that it was a cloudy and moody day.  But in the lore of the backstory behind Batuu, the planet on the edge of Wild Space that serves as Galaxy's Edge's setting, this land is illuminated under the glow of not one, not two, but three suns.  Yes, when they say "Bright suns!" as a greeting, they're referring to the triple source of life-giving heat--although during the warm months, they can be quite heat-giving!  Of course, when the suns are out, Batuu shines even more brightly and spectacularly, and nowhere is that more true than around Bakkar Spire, home of Ohnaka Transport Enterprises, and a certain Smuggler's Run! 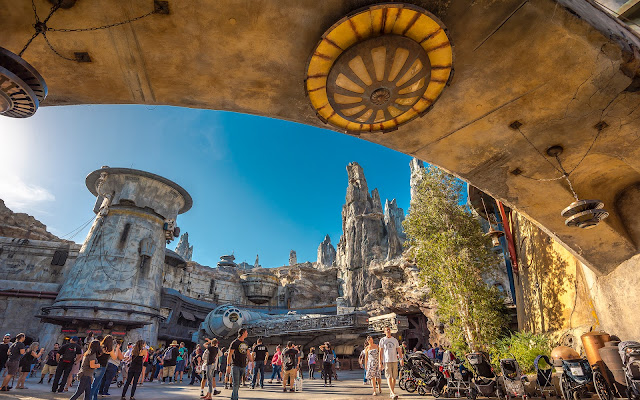 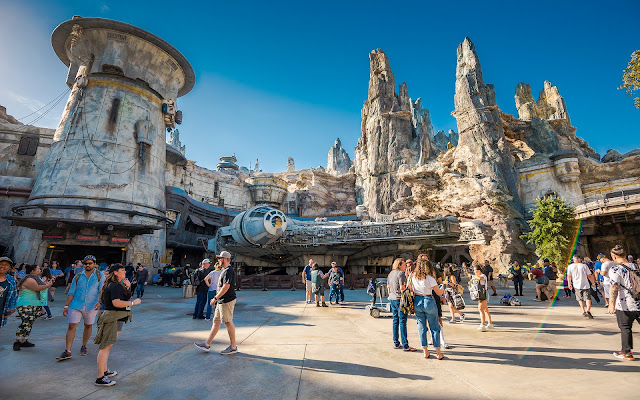 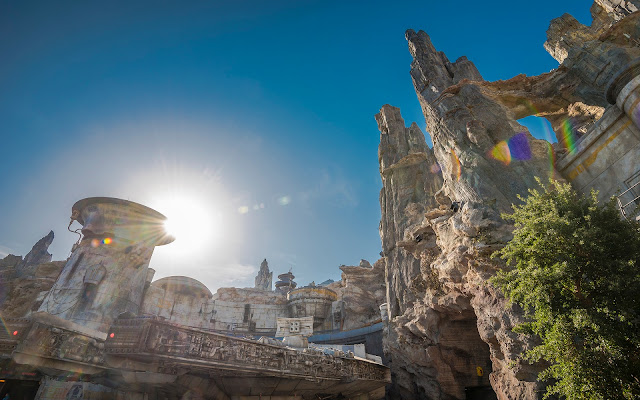 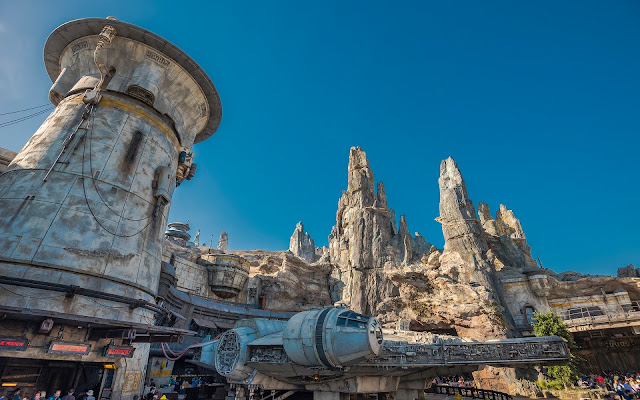 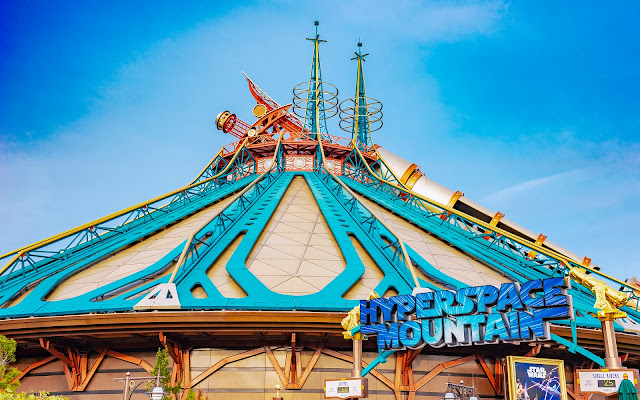