Magic continues to Happen with another in-depth look at a segment of Disneyland's newest parade (and first new daytime parade in nine years)!  Today, we're looking at the middle of three singular focus floats that comprise the central "modern hits" section of Disneyland's new spectacular: Coco! 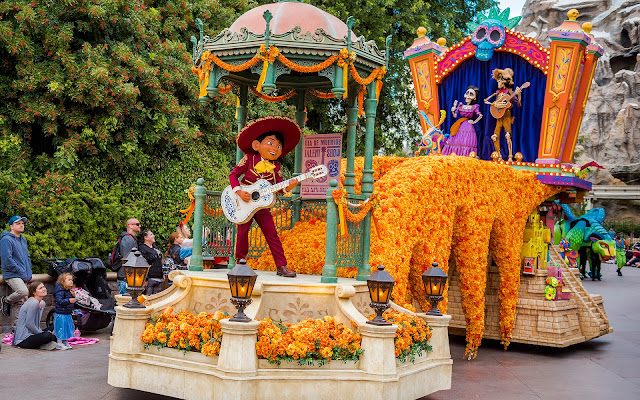 After Maui and the Moana series passes by, a group of festively dressed dancers passes by, twirling their purple and orange and blue capes around.  These dancers represent marigold petals that have fallen off the ethereal golden bridge that connects the human world in Coco with the Land of the Dead.  Twirling and flowing, the dancers evoke the passage of time and spirituality as they spin and flutter through. 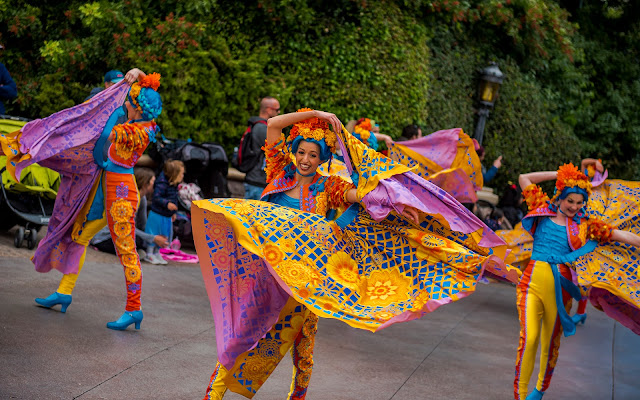 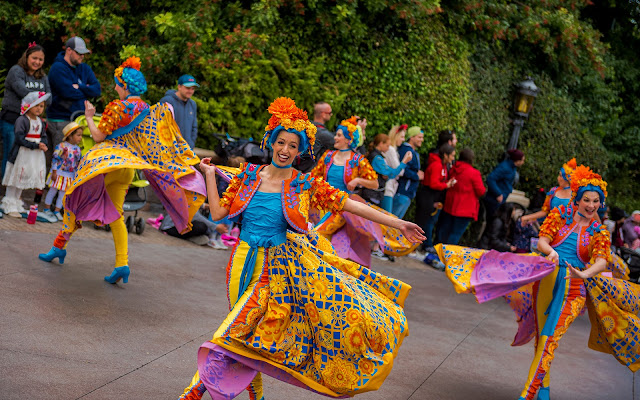 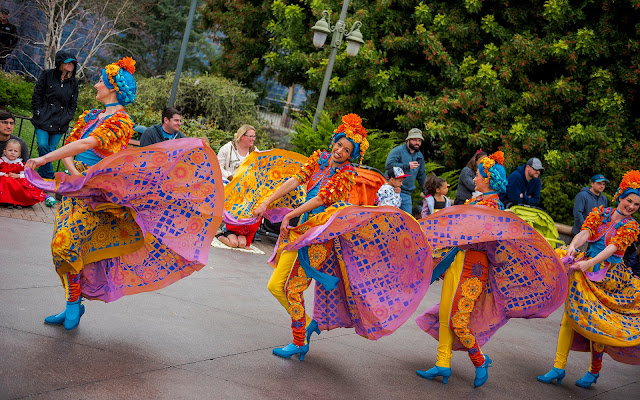 The Coco float itself is spectacular.  Miguel stsands in front, strumming his guitar under a beautiful gazebo, with flowers planted in front of him, flanked by an array of classically styled lanterns.  Behind him, the wondrous bridge to the Land of the Dead arches over and connects the front of the float with the back.  Standing in front of a stage curtain, Hector and Imelda showcase their song and dance under the colorful banner of the underworld, which brims with vibrance and saturation, evoking an aesthetic very much connected to Día de los Muertos.  From time to time, Miguel's dog, Dante, will bound across the bridge, transforming into an alebrije form as he crosses realms.

The back of the float is spectacular too, featuring the architecture of the underworld climbing up a central stepped pyramid.  Skeletal Chihuahuas from the movie's battle of the bands scene seem to croon a howling melody in the back.  It's a fantastical and wondrous form, and such a fantastic artistic creation! 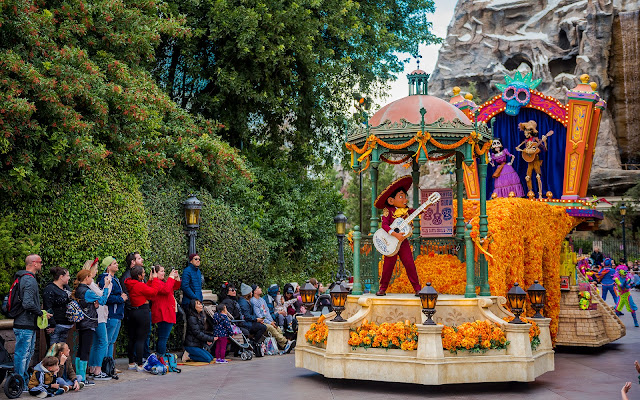 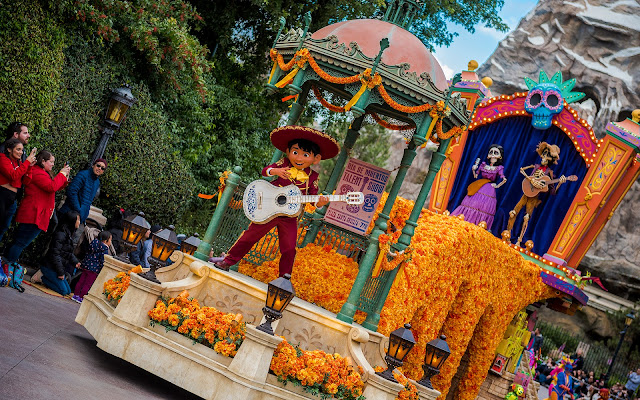 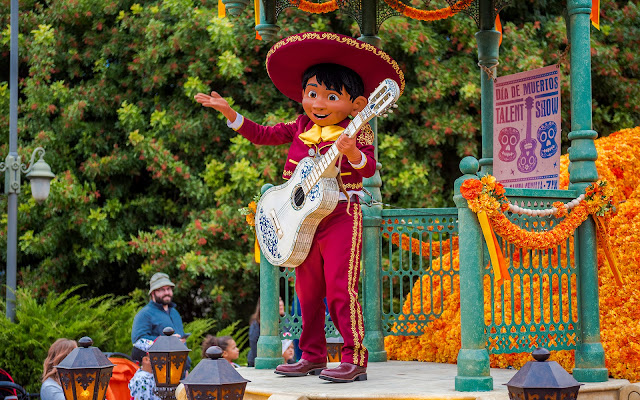 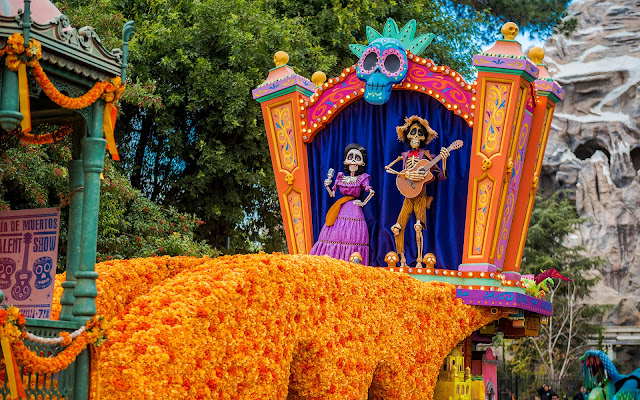 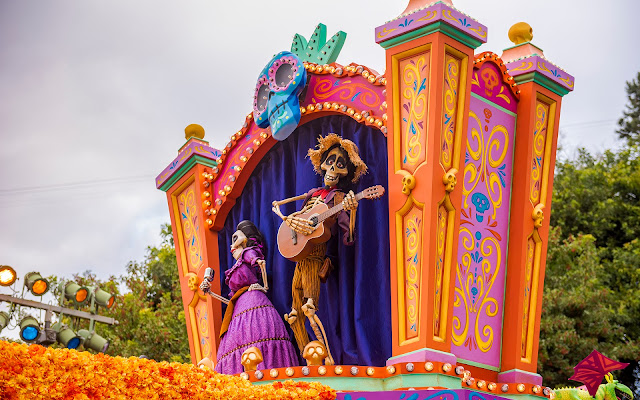 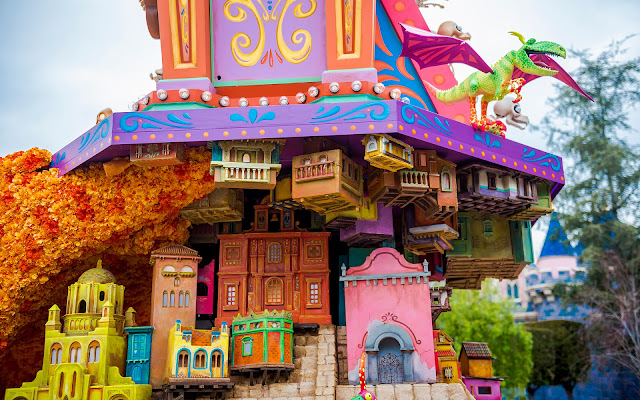 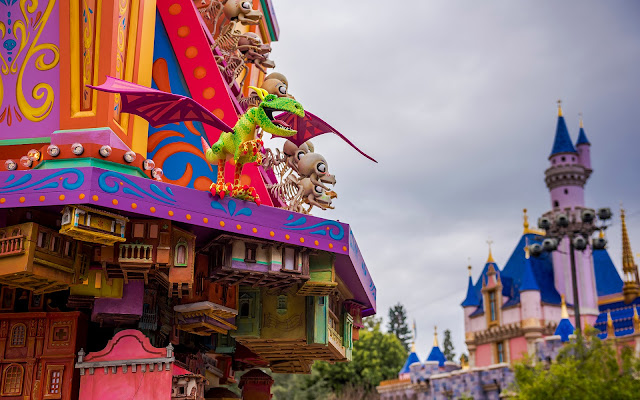 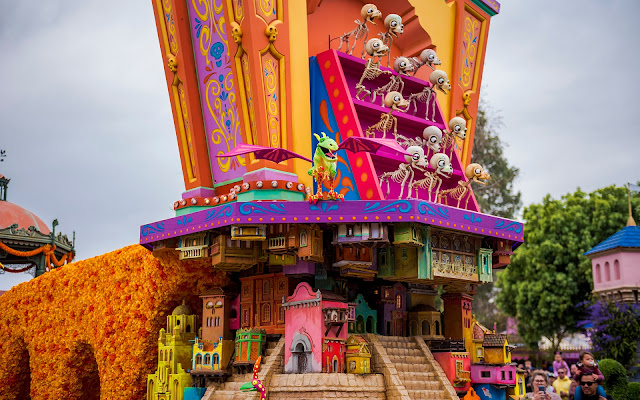 A second set of dancers follows the float, dressed in wild colors and animalistic masks.  With edgy and deliberate moves, they almost seem like a fever dream.  But they're simply harkening the amazingly impressive puppet of Pepita, the winged cat-like creature from the movie, who bounds down the parade corridor--controlled by a whopping five operators! 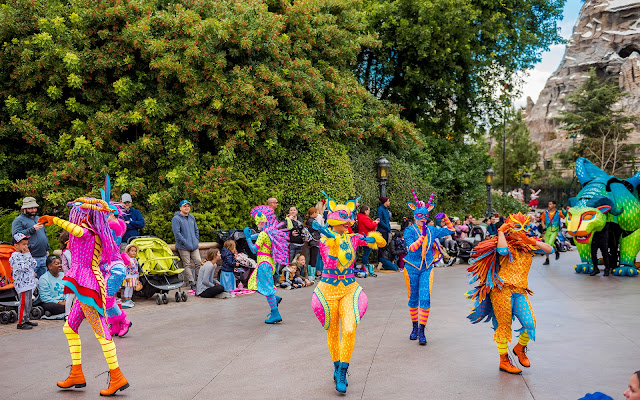 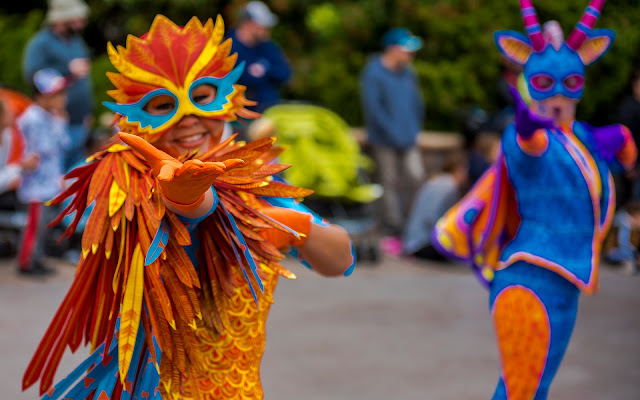 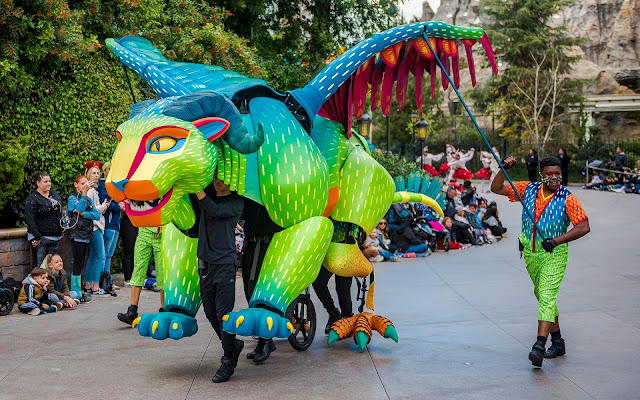 The entire sequence is pretty impressive, and it's awesome the lengths to which the parade designers went to bring their visualizations to life.  Coco brings a lively and celebratory flair to the parade, without sacrificing that Disney charm!