The new Magic Happens parade is divided into roughly five segments, and we're going through each of them this week!  Starting things off is what I call the Mickey and Friends segment, ostenably because it's highlighted by a float featuring Mickey Mouse and a huge version of his famous sorcerer's hat, and his pals, Minnie, Donald, Pluto, Goofy, and Chip 'n' Dale are with him! 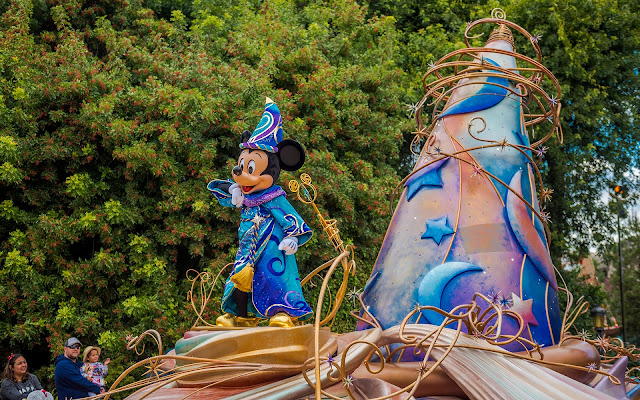 Interestingly, though, the recognizable characters aren't the actual openers.  That role belongs to a group of dancers dressed in runway-style outfits that scream vogue or modern fashion or maybe even a bit of Met Gala (okay, not quite that fancy and outrageous).  It's a clear sign that this parade is different, taking a more progressive approach.  The bold moves are a huge hit with today's millennial crowd, and the style is dashing and edgy and full of color! 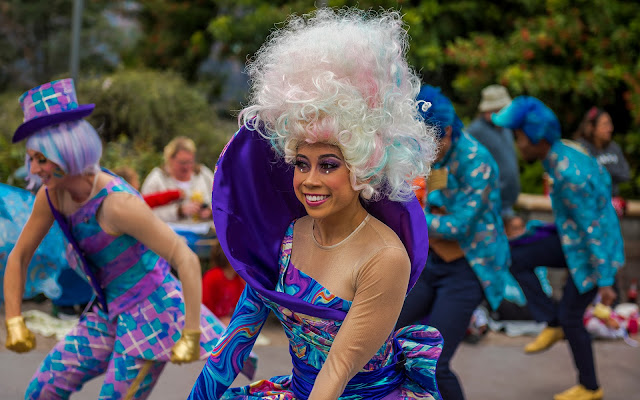 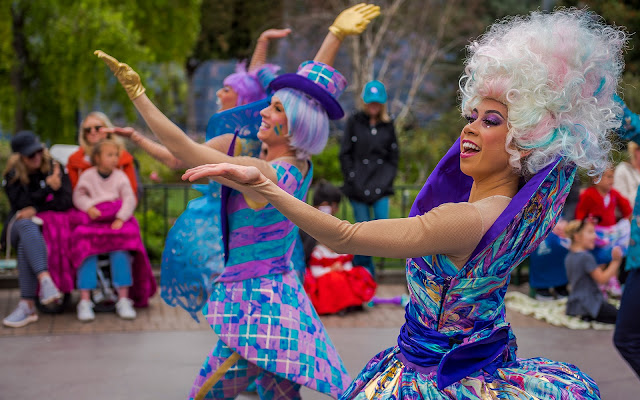 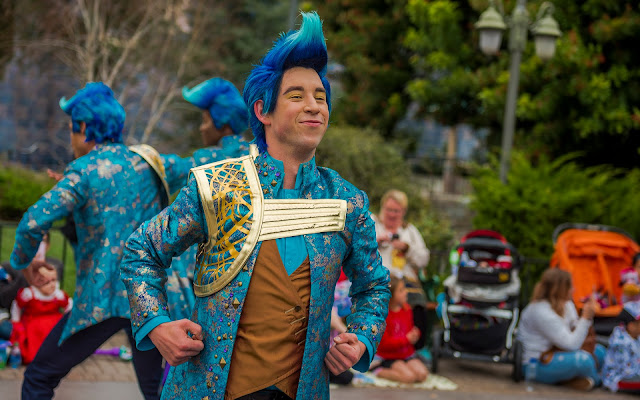 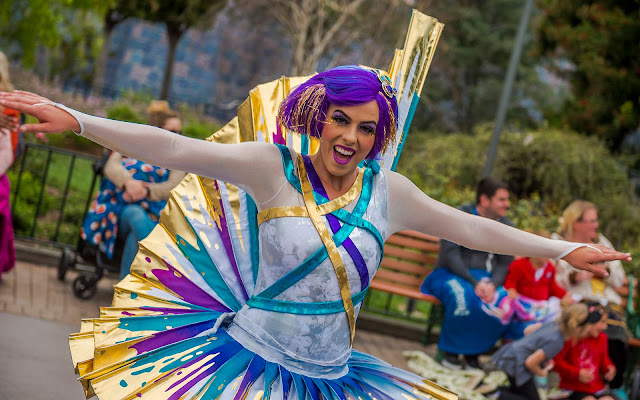 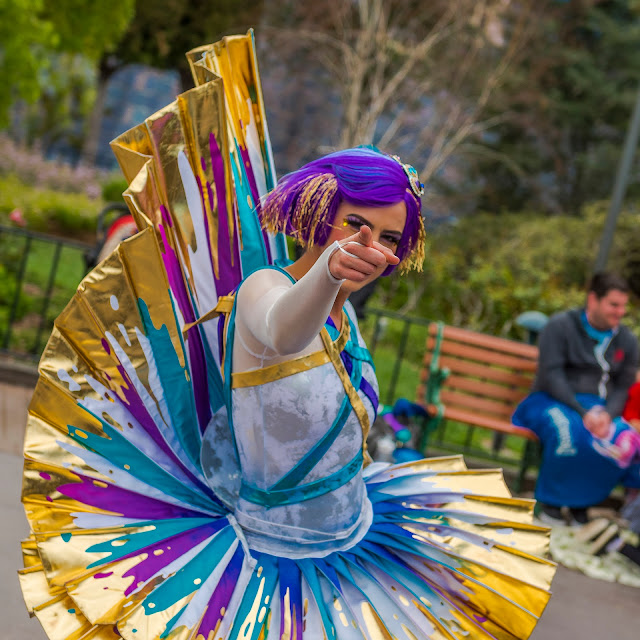 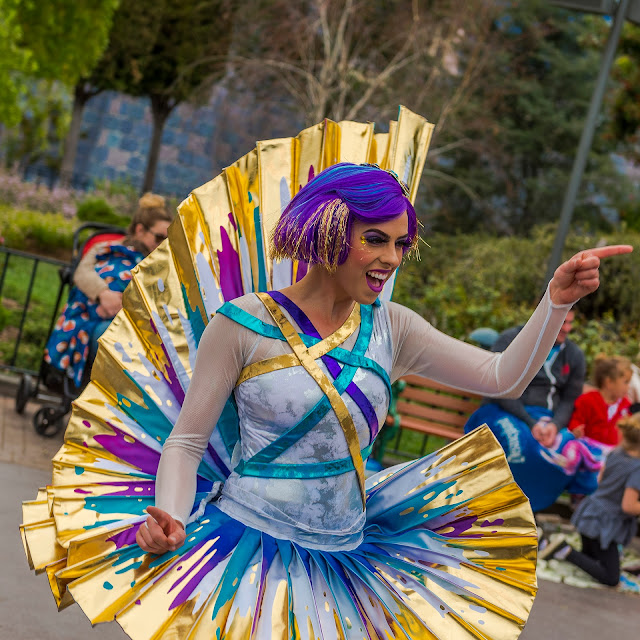 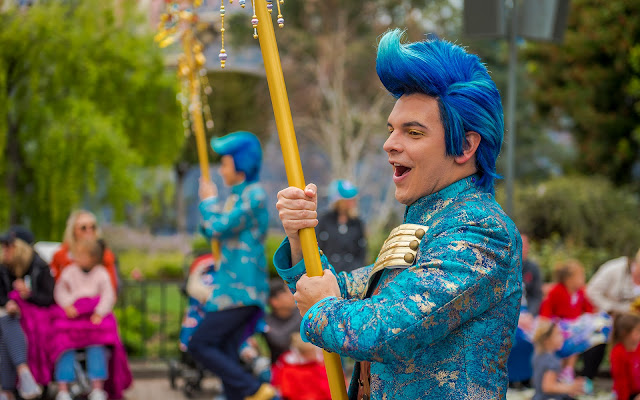 The Mickey float is a shimmering, metallic, iridescent painting of swirls and ribbons and folds, matching up with the purples, teals, and golds that form the main color scheme of the parade.  For a Mickey Mouse float, it's not that towering or grand, but it is intricate, and the artistry is an example of the meticulous craftsmanship of the rest of the parade! 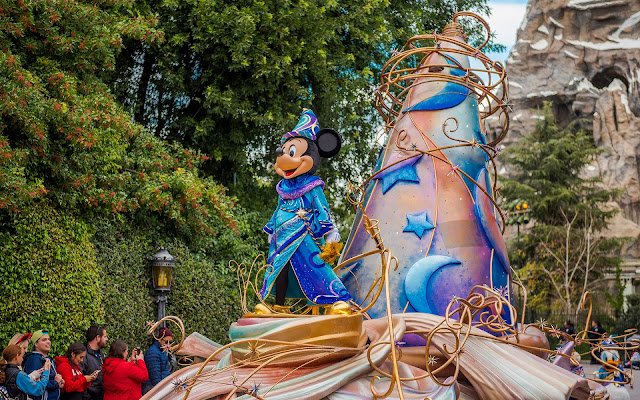 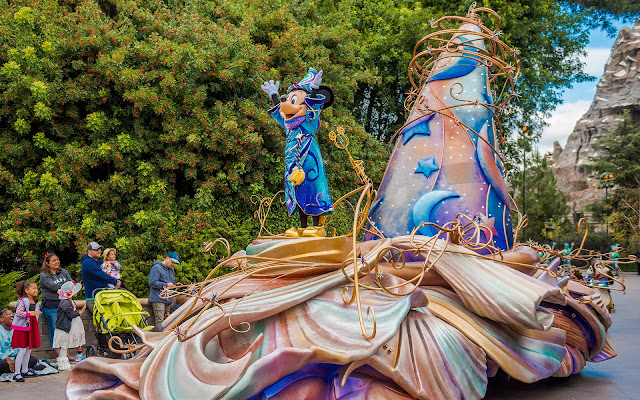 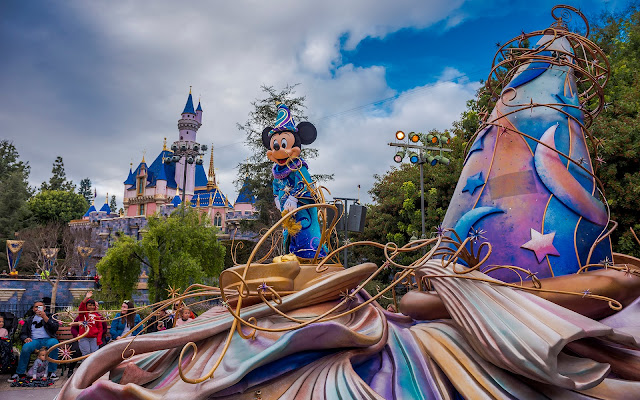 And of course, it would be silly to include the other beloved classic Disney toons, so they march and dance behind Mickey as well.  Their costumes are wonderfully elaborate and even evoke similarities to the stylings at Tokyo Disney.  Gold, teal, and purple are present once again, along with the general fashion language of swirls, rhinestones, and anything shiny and shimmery! 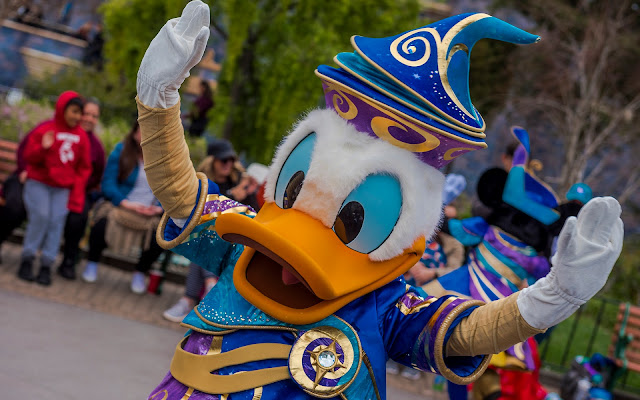 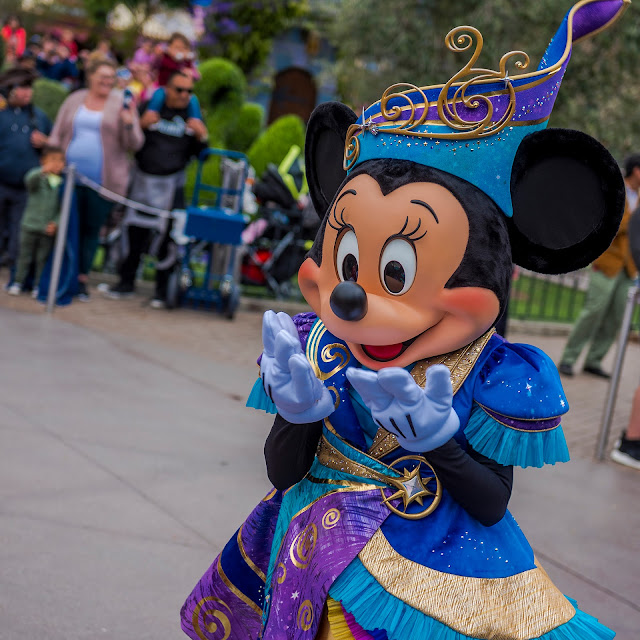 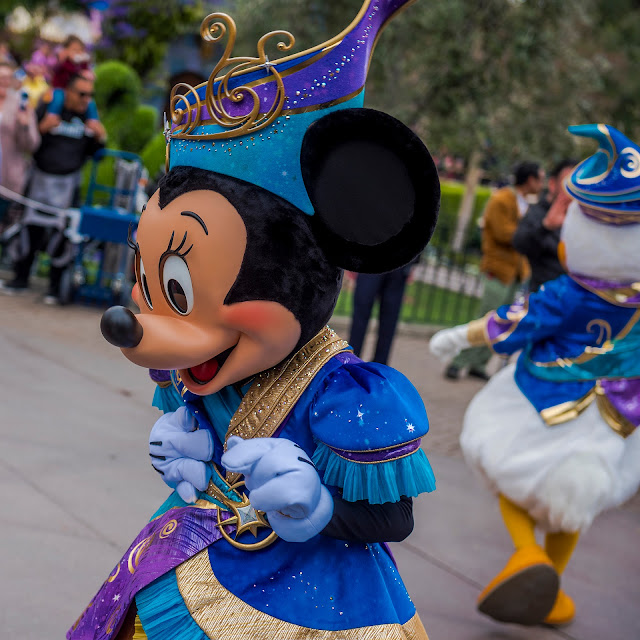 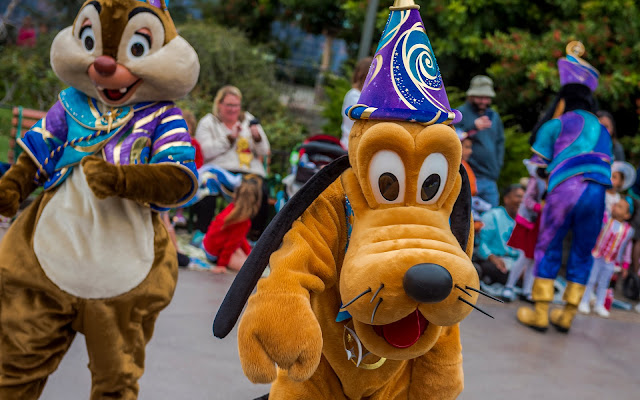 The opening sets the stage for the rest of the parade, marrying the familiar with some avant garde.  This may be a little odd for some, but personally, I love it, and I appreciate the different direction that still retains quality and detail!  Stay tuned for our next featurette tomorrow for the next float, Moana!
Email Post
Labels: Disneyland Disneyland Resort Fantasyland Magic Happens non-HDR parade