Mickey and the Magical Hotel

The Disneyland Paris Hotel set the standard for opulent theme park entrances when it opened with Disneyland Paris in 1992.  Well, at least until the Mira Costa Hotel opened with Tokyo Disney Sea nine years later.  But the Paris hotel--a Victorian style inspired by the Grand Floridian at Walt Disney World and in turn influencing the Hong Kong Disneyland Hotel and Tokyo Disneyland Hotel--still presents an elegant and beautiful facade for guests to walk under as they enter what I think is the most beautiful Magic Kingdom.  It's such a wonderfully lovely view! 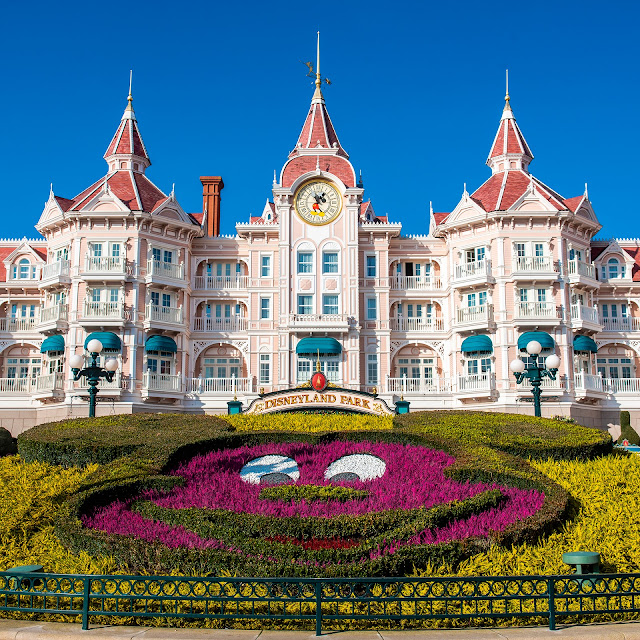