To the rest of the world, today is Sunday, but if you're like Sam the Eagle, today bears special significance as the 245th birthday of the United States of America.  This Independence Day is typically filled with pomp and circumstances and festivities, and after last year's pandemic-influenced shutdowns and much more restrained celebrations, improving conditions in the United States (thanks, vaccines!!) are allowing this year to be more joyous and celebratory like usual.  On past July 4th's, I've tried to post fireworks photos--even fireworks from Disneyland's 4th of July celebration (which are back this year--this weekend marking the return of pyros at the the original Magic Kingdom), but I haven't shot any in a while.  So instead, here's the finale from the Main Street Electrical Parade, which seeks to honor America (it literally says so) with a lengthy, lit-up American flag.  However you choose to enjoy the day, I hope you have a safe and terrific holiday! 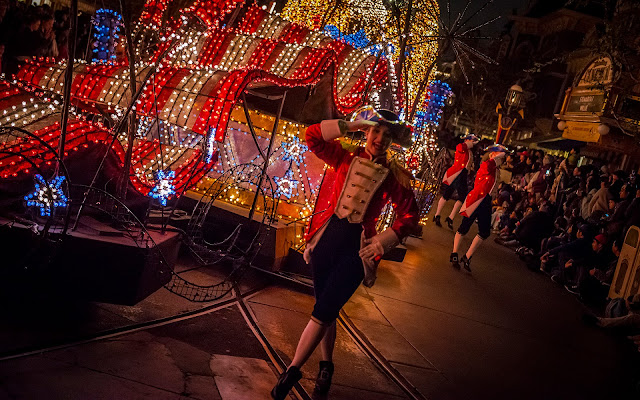 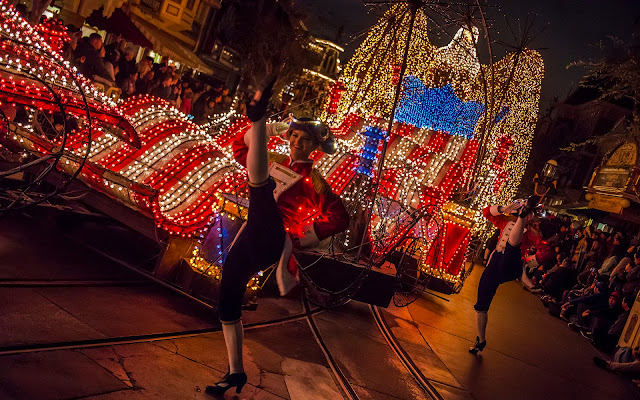 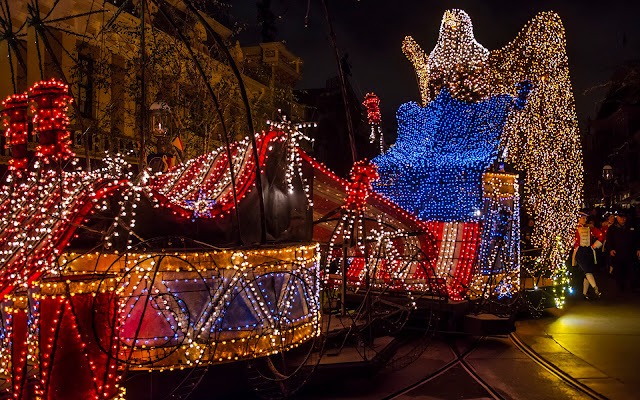