Today's post features a medley of pictures from a certain intersection at Disney California Adventure's Cars Land photographed across seven years, from 2013 through 2019.  Cross Street intersects the main drag and leads on to Ornament Valley, creating a busy junction at the heart of town.  The land itself hasn't really changed much during this time (except for seasonally... and the contents of directional signage to other lands has been updated as the lands have evolved).  It still remains as beautiful and spectacular as the day it opened (which coincides with when this blog began).  Cars Land was the first example of cutting-edge, world-class Disney theming at California Adventure... a level of immersive articulation found at the likes of Tokyo Disney Sea.  Although it was based on an intellectual property, the execution was magnificent, and the imagineers and crews really did an excellent job bringing the world of Cars to real life. 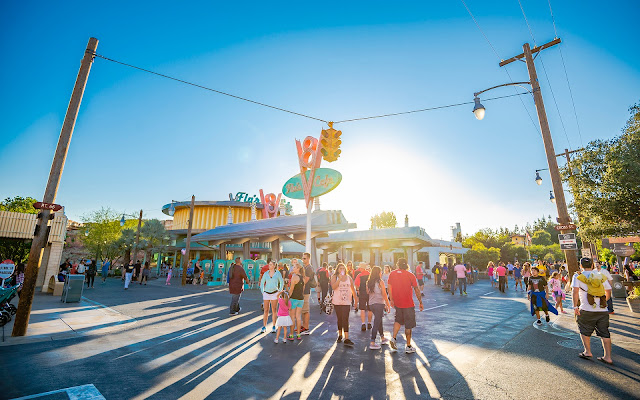 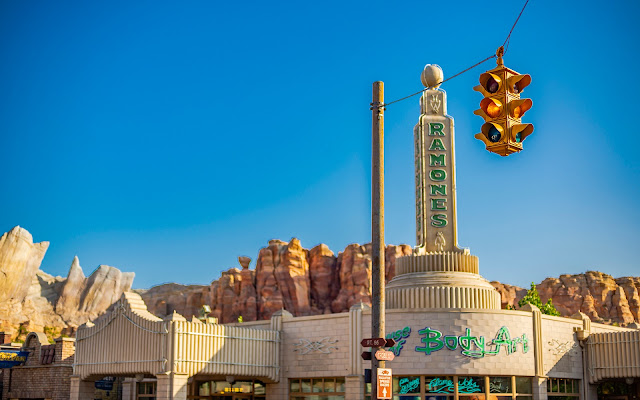 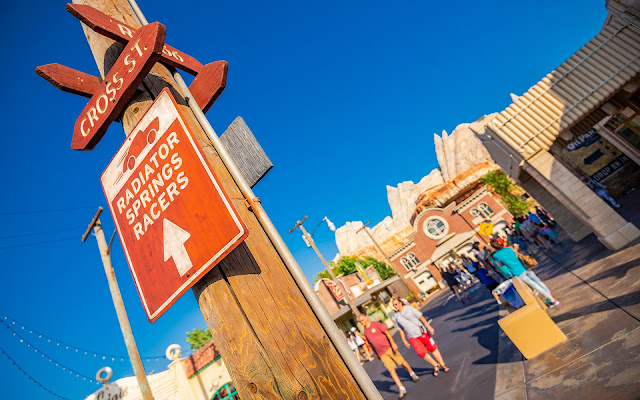 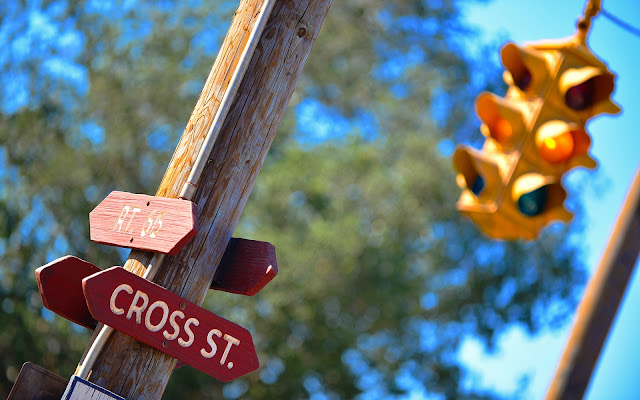 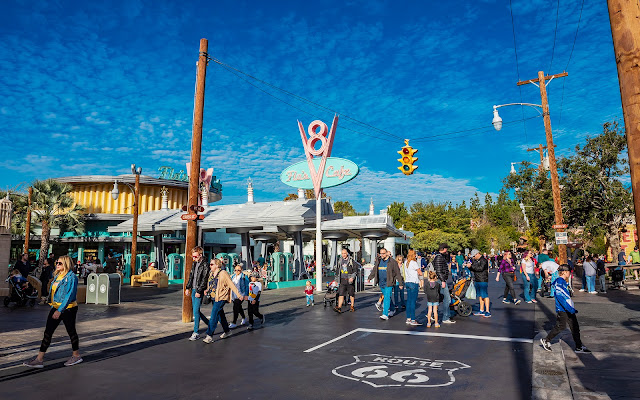