Avengers Campus may be relatively light on rides, boasting only two actual attractions in the Guardians of the Galaxy - Mission: Breakout! ride co-opted from Hollywood Land and the WEB SLINGERS: A Spider-Man Adventure that opened with the new Marvel-themed land, but it is pretty heavy on often unscheduled shows featuring Marvel's most prominent superheroes.  Perhaps the most spectacular (and shortest) is a stunt show involving Spiderman that culminates in the friendly neighborhood hero taking to new heights, soaring above the ride building in an incredible display of acrobatic mastery!

Fans will know that it's not actually a live stuntperson doing this aerial exhibition.  Disney actually developed an animatronic several years ago (nicknamed a "stuntronic") that could perform the maneuver as part of their R&D, and although some speculated it might be used for a ride in the future, it turns out that (at least for now), the technology has been incorporated into entertainment.  So to capture the impressive kinetic display, I created a multiple exposure motion track of Spiderman's great jump.  It makes the movement all the more appreciable! 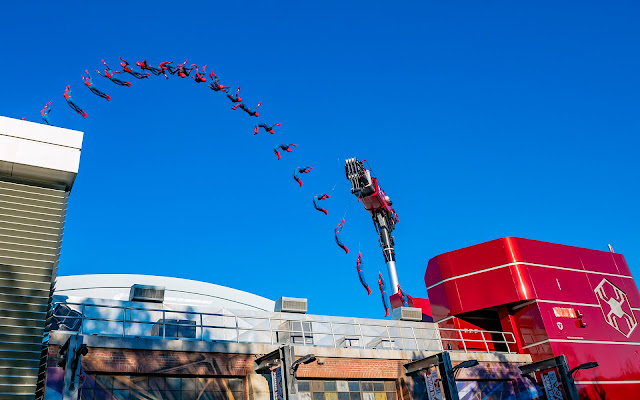 Oh, and here are some other shots of the flips and tricks that Spidey does before his big, swinging, aerial finale!  All of these are performed by a live actor! 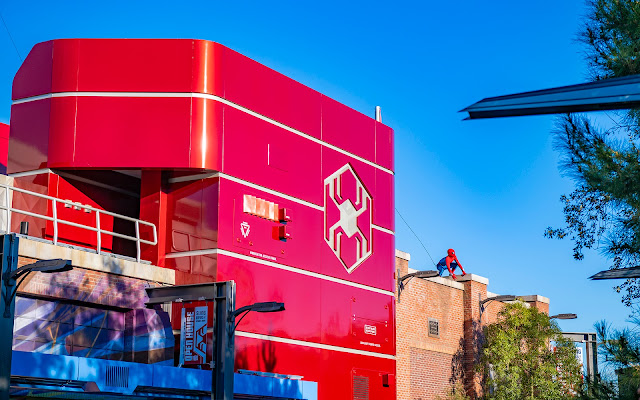 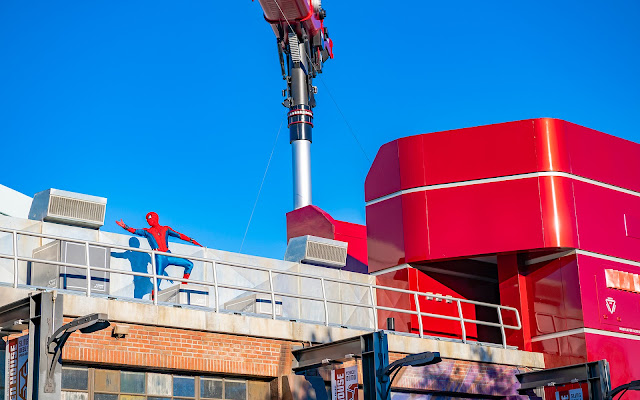 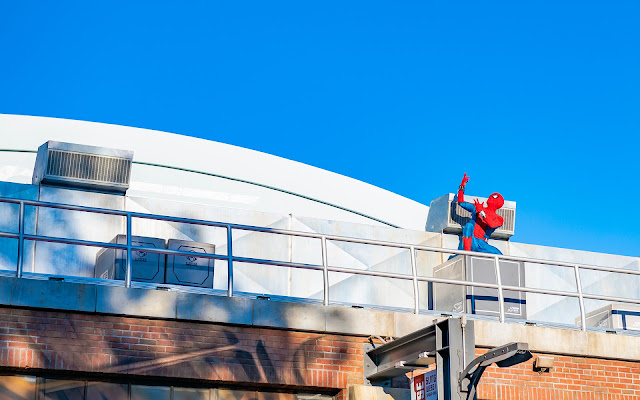 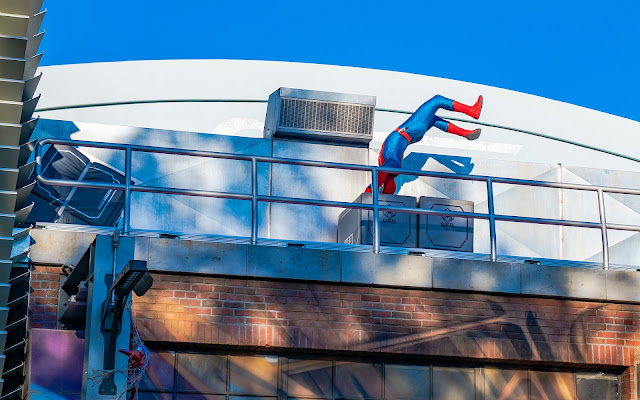 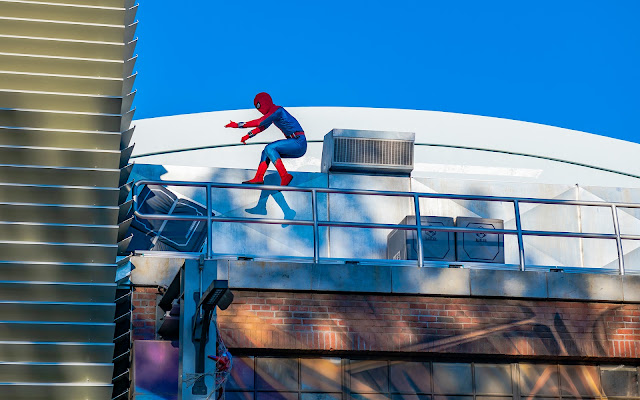 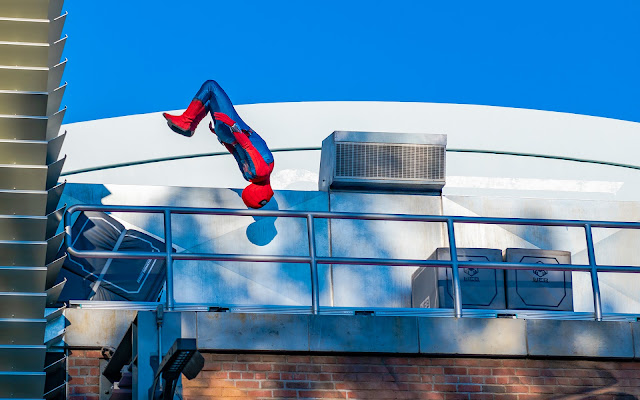 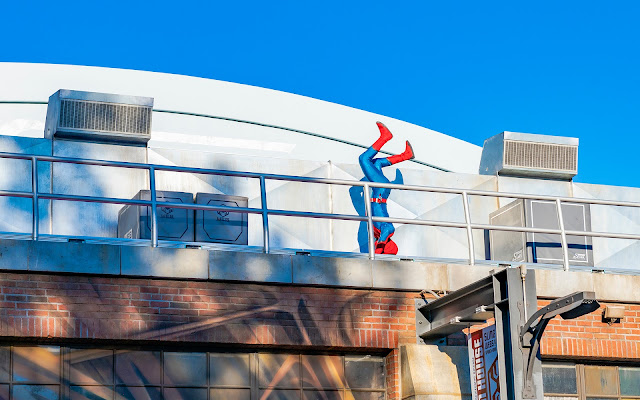